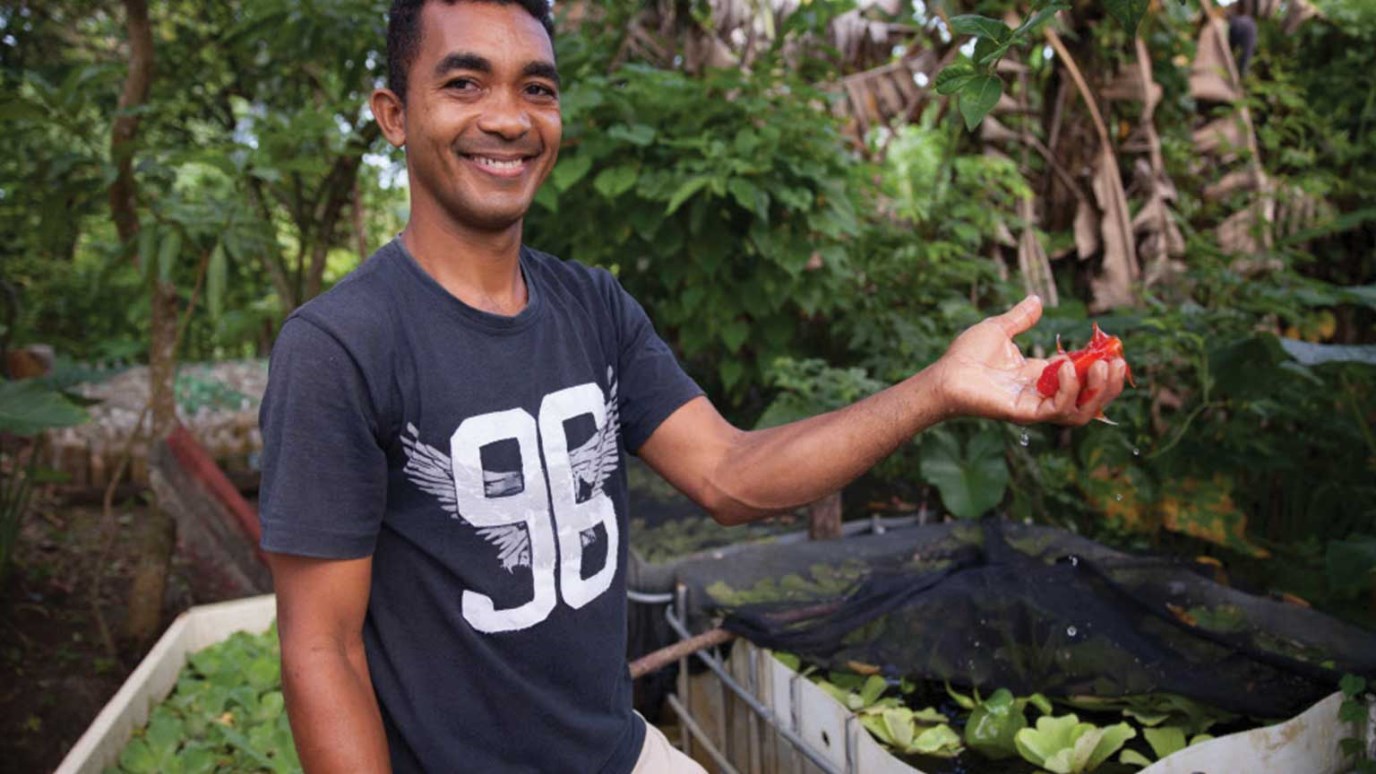 Francisco Nunez had a crazy idea to start a fish breeding business in the Dominican Republic. One microfinance lender was willing to back his dream, which depended on a source of clean water.

A fish breeding company! This was unheard of in his community; but Francisco was unfazed.

He started his business by gathering used water bottles, old buckets and even discarded refrigerators, which he delivered to his house by strapping them to his back while riding his bike. To others, this was all trash. To Francisco, this was the start of his business and perfect materials for fish tanks.

After he had filled his containers with local river water he determined which containers would be good for each fish species, and began breeding. The fish were breeding, but not nearly as fast as they should, he thought. Francisco realized that this was due to the local river water not being clean for the fish.

That's when he decided to go to VisionFund República Dominicana, World Vision’s microfinance group, and ask for a loan to drill a well for fresh water. VisionFund wasn't the first place he went to for a loan, but they were the first to say yes.

It was a leap of faith for VisionFund because Francisco had no credit, very little income, a family to feed, and a crazy business idea. They took a risk for him and gave him a sizeable loan of $1,100 to drill a well at his home.

Every $1 spent on improving water supply and sanitation produces an economic gain of at least $5, and as much as $28.

Since Francisco took out his loan he has yet to miss a payment. His water well has also greatly increased the rate of breeding for his fish and the quality of fish bred.

Betta fish are his best sellers, many of which are bought by local individuals and children. But he also ships many of his prized fish to large cities in the Dominican Republic.