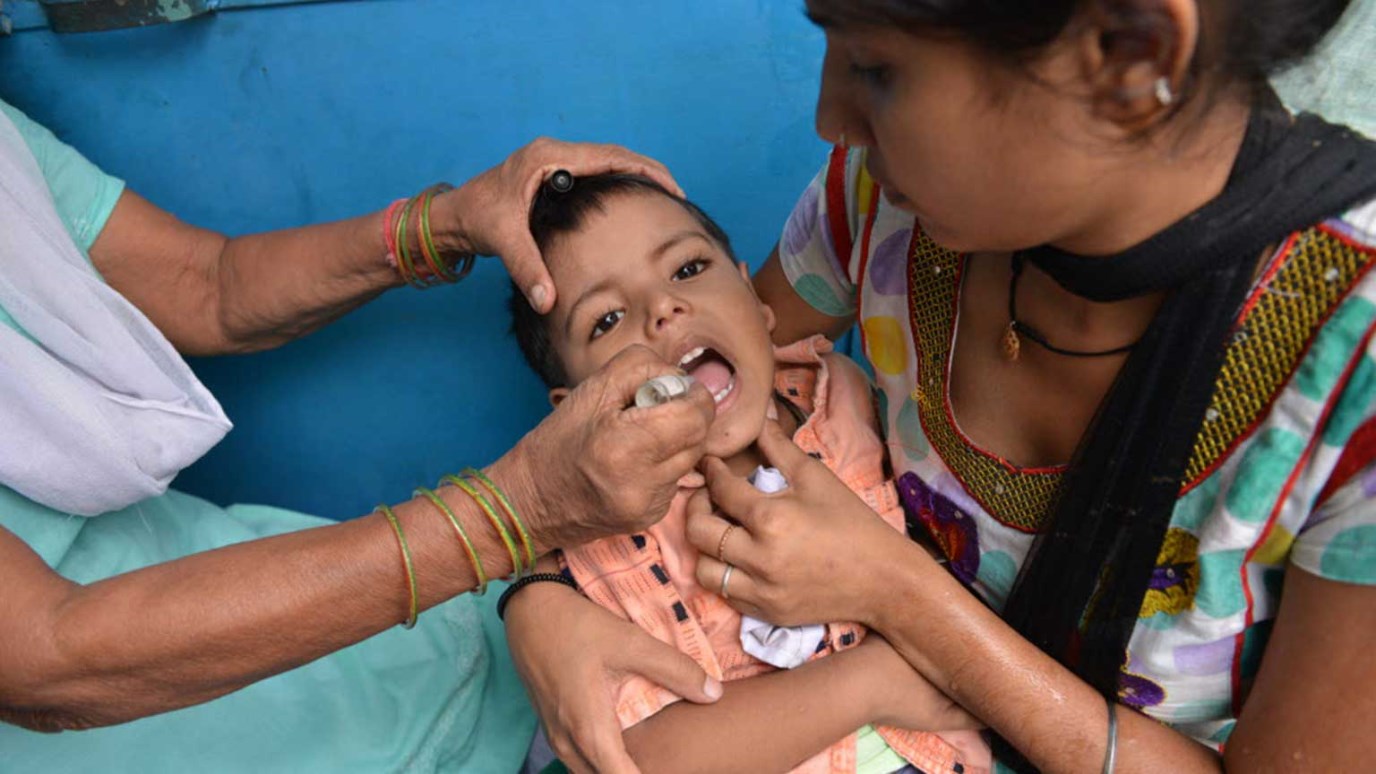 Yash, a World Vision sponsored child in India, receives a polio vaccination. His mother, Shweta, volunteers with World Vision to promote vaccination among her peers. After three years of no new cases, India was declared polio free in 2014.

Since 2000, a global effort has seen half a billion children in developing countries gain access to immunization. Yet each year, 1.5 million children under age 5 die from diseases that could have been prevented if they’d been vaccinated.

GAVI —  the multi-national, government- and foundation-funded vaccine alliance – is mounting a massive $7.5 billion dollar effort to immunize every child in the lowest income countries between 2016 and 2020.