Give? You Have Everything to Gain 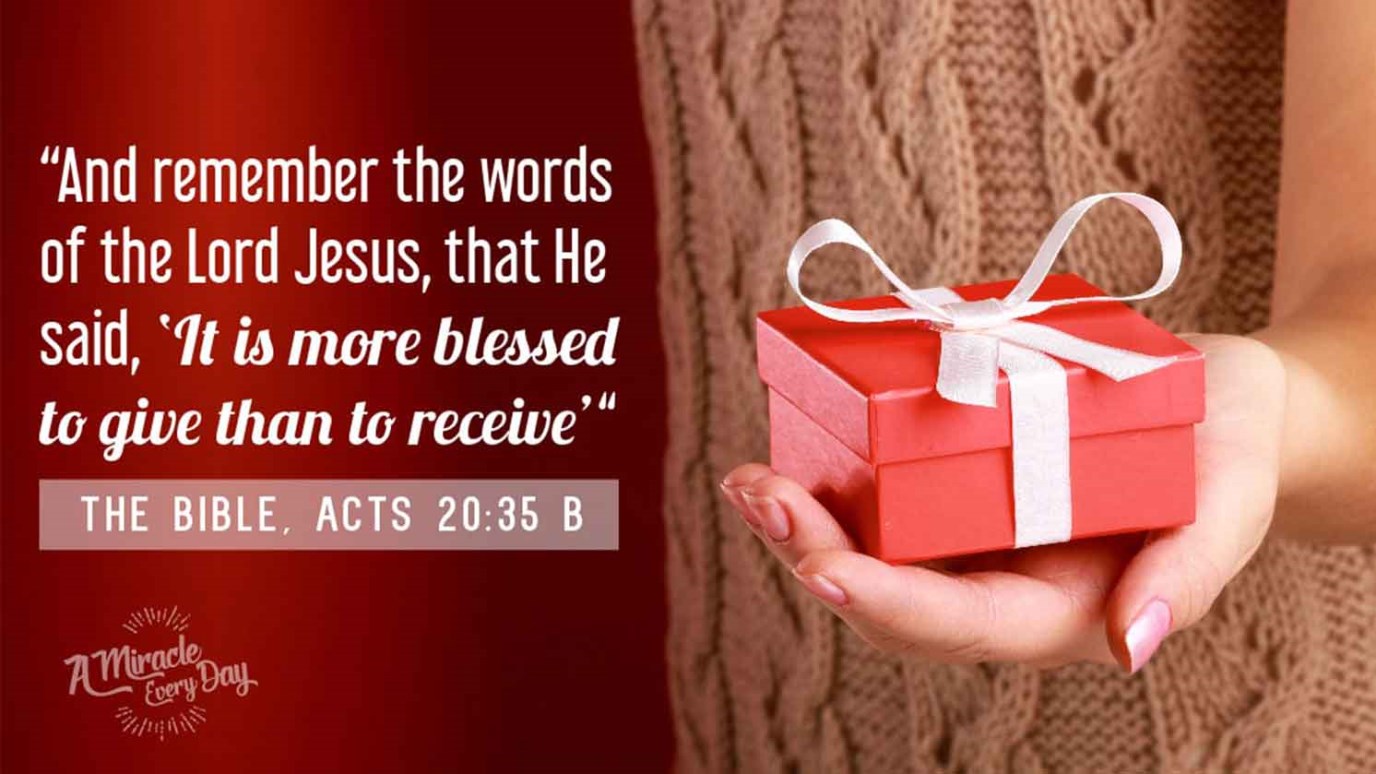 In addition to being an act of love, giving is also an act of obedience to God.

Do you want to become an ambassador of heaven? Maybe you already are? Be encouraged today with this word from Jesus …

“Give, and you will receive. Your gift will return to you in full—pressed down, shaken together to make room for more, running over, and poured into your lap. The amount you give will determine the amount you get back.” (the Bible, Luke 6:38, NLT)

God's math seems strange, doesn't it? ! It would seem that, according to Him, the more I give, the more I receive!

In the logic of the Kingdom of God, the act of giving isn’t synonymous with loss but rather, with gain. Maybe you’re even thinking right now that, with this logic, giving wouldn’t be a good and selfless act, but rather one that’s a bit egotistical: I give to receive. In fact, if we give with a state of mind that isn’t right, God cannot bless completely: He gives according to the measure that we use!

In addition to being an act of love, giving is also an act of obedience to God. God uses His children, women and men who give what they have at their disposal, without worrying about what others will say, but simply seeking to honor Him, knowing that He’s the One Who changes water into wine, multiples the bread and fish, and makes a donkey transportation for a king!

There are so many ways to give!

Don’t forget: God gives you the privilege of representing Him on this Earth, with all that He has given you! He will bless you with His measure, surprising, generous, infinite …

Don't Be Afraid!
A Miracle Every Day

Are You Weary and Heavy Laden?
A Miracle Every Day

Your Help Comes from the Lord!
A Miracle Every Day

Do You Know Where the Word "Christian" Comes from?
A Miracle Every Day