Give Till It Helps 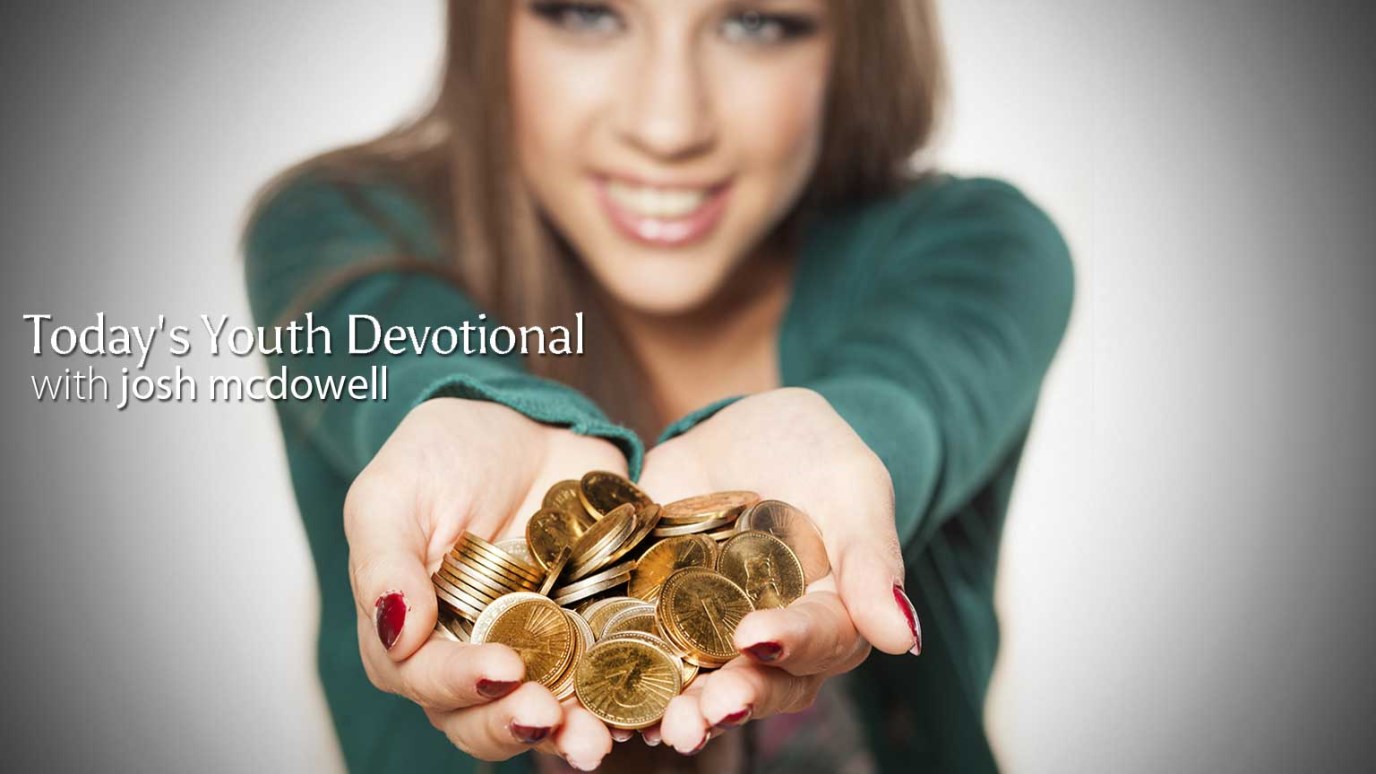 It doesn’t take a lot of either money or stuff to be an open-handed giver. It just takes a little practice.

They gave a tiny part of their surplus, but she, poor as she is, has given everything she has. Mark 12:44

Esther was in her late fifties, single, and living alone in a tiny house. In public she was so painfully shy that she was often overlooked in a crowd. Yet she was a faithful Christian who rarely missed a service at her small church. Whenever the pastor or his wife or children had a birthday, Esther quietly presented them with a birthday card and a gift of money. And when the pastor’s family took a vacation, Esther always gave them another card with money enclosed.

Years later the pastor learned that Esther had been living on a total of $150 per month --less than if she had been on welfare! One of the most generous people in the church had barely enough to buy the necessities of life. But she generously gave to others as if she were wealthy, just like the poor widow in Mark 12.

The New Testament shows us just one overriding principle about giving. It’s not the tithe, although that’s a good place to start. (A “tithe” means ten percent.) Instead, everywhere you look in the New Testament you see the open-hand policy. Luke says it this way: “If you give, you will receive. Your gift will return to you in full measure, pressed down, shaken together to make room for more” (Luke 6:38).

Put simply, the open-hand policy means first that the believer’s hands are open to give whatever he or she has to whoever needs it. For example, a member of your youth group is too broke to go to camp, so you open your wallet and give him the seven bucks you were saving for spending money. Or a family in the community loses all its possessions in a fire, so you give half your wardrobe to a girl in the fam­ily who’s your size.

The open-hand policy also means getting ready to receive what God will give you as a result of your generous giving. “Oh, good,” you say, “I want to give more so I can get more.” That’s not exactly how Luke 6 explains the open-hand policy. Give without thought of return, and especially withoutplanning on the return. Then it will be God’s good pleasure to surprise you by pouring his gift into your open hands.

REFLECT: How have you seen God’s generosity in your life? What are you doing to be an open-handed giver?

PRAY: Ask God to help you be as generous with others as he has been with you.

4 Myths of the Boy God
Revive Our Hearts

The Heartbeat of God
Chris Tiegreen

Redeeming the Past
Andrew Palau

Part 3: Be ... Consistent
Todd Mullins
Follow Us
Grow Daily with Unlimited Content
Uninterrupted Ad-Free Experience
Watch a Christian or Family Movie Every Month for Free
Early and Exclusive Access to Christian Resources
Feel the Heart of Worship with Weekly Worship Radio
Become a Member
No Thanks