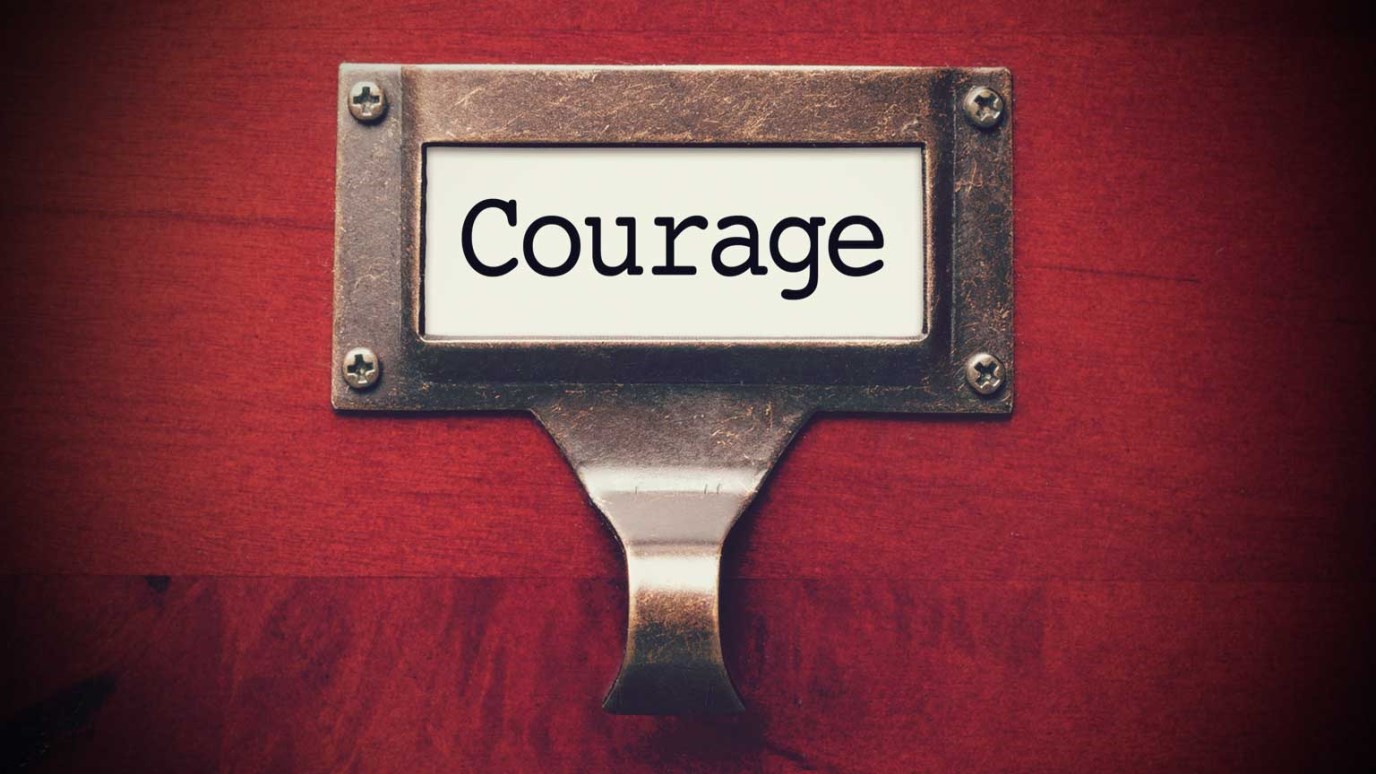 It’s as we unashamedly give God our fear that He will supernaturally transform it into divine courage.

During World War I, a British commander was preparing to lead his soldiers back to battle. They'd been on furlough, and on their first day back, it was a cold, rainy, muddy day. As they marched, their shoulders sagged because they knew what lay ahead of them: more mud, chilling cold, possibly even death. And so, no one spoke. It was a somber time.

While marching down the pot-holed road, the commander of the group glanced into a bombed-out church. On the back wall he saw the figure of Jesus on the Cross. At that moment, something happened to their disheartened commander.  He remembered the One who suffered, and died, but most importantly, the One who rose again. The Cross was a sign of victory and triumph.

As the troops neared the church, he shouted out, "Eyes right, march!" Every eye turned to the right.  As the soldiers marched by, they, too, saw Jesus on the Cross, and something happened to that company of men. With shoulders straight, they began to march with courage, for there, on that dreary road, they were reminded of victory after suffering. There’s something about what Jesus did on the Cross that gives us courage. And that's just what we find in this passage.

Jesus, the miracle worker, the Holy One sent by God, had just died on the Cross, and His crucifixion provoked some very different responses. Some, we find attempted to comfort Him, while others continued to hatefully mock Him. And in verse 39, a Roman officer – one of those men who crucified Jesus – was overheard boldly stating, “Truly, this was the Son of God!”  But it’s what happened later, after the crowds were all gone, that I want us to focus on.

Evening was approaching and the crucifixion was all but over.  It was during this time that an unfamiliar man did something very courageous. Before we read what he did, let’s discover who he was. He was Joseph, of Arimathea, a highly respected man in his neck of the woods. This was probably because of the position he held. You see, Joseph was an honored member of the Jewish high council, the same high council that handed Jesus over to Pilate. We know that a good majority of these men hated Jesus, resented His interruption of their highly ordered religion. And these were Josephs peers, his fellow priests.  So in light of all of this, let’s read what he did.

As evening approached, an honored member of the high council, Joseph from Arimathea (who was waiting for the Kingdom of God to come), gathered his courage and went to Pilate to ask for Jesus body. Mark 15:43

I like that.  Joseph first had to gather his courage, and then he did what he knew he must.  I’m so glad that the Scriptures recorded the notable men of the Bible as they were – ordinary men. Joseph's struggle with courage was born of fear. Fear of what others would think of his actions.  Fear of how his life might change afterward.

How often have we struggled with doing something for God solely because of fear?  If we’re honest with ourselves, the answer is all-too-revealing.  It’s been said that, “Love is what we were born with. Fear is what we learned here.”  And in the book of Isaiah, God reminds us of what our often-fearful hearts need to remember…

Courage and fear. They’re two sides of the same coin. It’s as we unashamedly give God our fear that He will supernaturally transform it into divine courage.  And like the priest, Joseph of Armathea, we will boldly stand up for Jesus, no matter the cost.

And in the process, help others to do the same.

The Truth About Prayer: What It Is and How It Works
Joyce Meyer