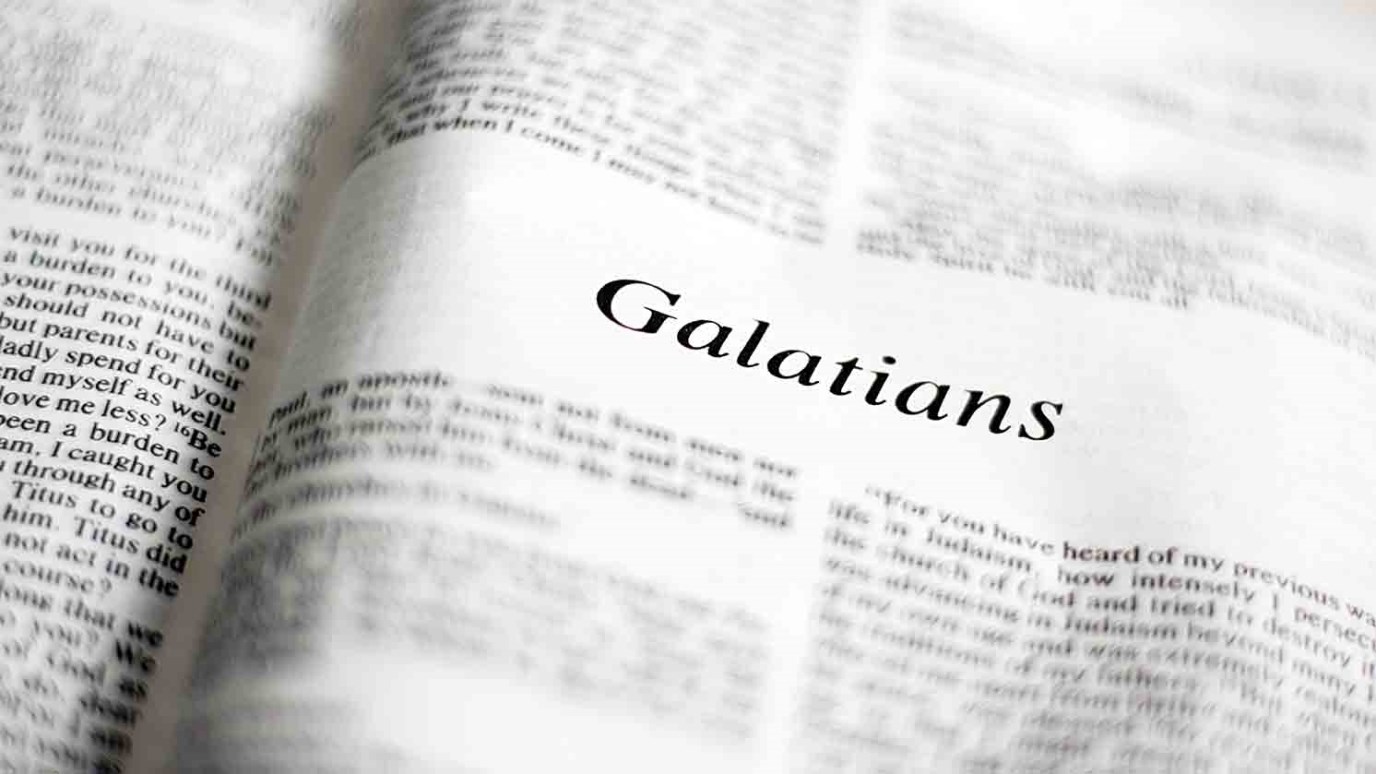 The book of Galatians is Paul's strongest teaching on the subject of grace.

Paul wasted no time making his point in his letter to the Galatian Christians. In chapter 1, verse 6, Paul said, “I marvel that ye are so soon removed from him that called you into the grace of Christ unto another gospel.” Paul used the terms “Gospel” and “grace” interchangeably. The heart of the Gospel is grace. Any deviation from that is a perversion of the Gospel.

The Galatian Christians hadn’t renounced Jesus as being their Messiah, but legalistic Jews had convinced them that they couldn’t be right with God by believing in only what Jesus had done. They were being told they also had to keep the Old Testament Law in order for God to accept them. The same lie is being propagated today, except now it’s said we have to be holy. We have to be holy, or the Lord won’t accept us or answer our prayers, etc. That’s not the Gospel.

In Paul’s day, the issue was circumcision. Today, the same legalistic message is being preached using things like prayer, Bible study, church attendance, and other actions of holiness as necessary actions for God to love and accept us. Faith in what Christ did for us is enough. It is not what Jesus did for us plus our actions of holiness. Jesus plus anything equals nothing. Jesus plus nothing equals everything.

No one argues that we shouldn’t pray, study the Word, go to church, etc., but any time it’s proclaimed that God is angry with us if we fail to do these things, it’s not the true Gospel. That type of teaching puts the burden of salvation on us and opens us to the condemnation of the devil. This is what Paul called a perversion of the Gospel in Galatians 1:7. Then in verse 8, Paul made one of the strongest statements he ever made,

“But though we, or an angel from heaven, preach any other gospel unto you than that which we have preached unto you, let him be accursed.”

The Galatians must’ve been shocked! How could Paul say such a thing? He must not have meant what it looks like he meant. Therefore, just in case anyone missed it the first time, Paul repeats his radical statement:

“As we said before, so say I now again, If any man preach any other gospel unto you than that ye have received, let him be accursed” (verse 9).

In our politically correct world today, you don’t hear many absolute statements like these. How could anyone be so sure of themselves? Paul goes on to explain in the rest of the first chapter that he didn’t get his revelation of the Gospel from any man but directly from God. That’s why he was so adamant. There was no room for compromise in the Gospel.

In chapter 3, Paul calls the Galatians foolish for leaving the grace of Christ and going back to relating to God based on their performance. He also said they had been bewitched (Gal. 3:1). He reminds them how they had originally put faith in Christ alone and received all that God had for them through faith. Why had they gone back into legalism? That’s a good question.

Paul then shows them the real purpose of the Law. It wasn’t to help us live a holier life; it was to point out our sin to us and bring condemnation so we would never come into the deception that we could relate to God based on our own performance. Amazingly, the average Christian has totally missed this fact and, instead, embraces the Law as a good thing. The Law would be good if we could keep it, but Paul reveals that a failure to do the tiniest detail of the Law makes us guilty of all of it. Instead of receiving the blessing for obedience, one small failure brings the curse instead. The only way out of the curse is through faith in Christ alone. Christ bore our curse (Gal. 3:13).

Paul begins to summarize in chapter 5. He starts by saying, “Stand fast therefore in the liberty wherewith Christ hath made us free, and be not entangled again with the yoke of bondage.” The yoke of bondage he is speaking of is the Law. He’s saying don’t go back to trying to please God by adhering to rules and regulations. The thing that pleases God is faith (Heb. 11:6).

Paul says in verse 2, “Behold, I Paul say unto you, that if ye be circumcised, Christ shall profit you nothing.” What a radical statement! That’s saying that if our trust is in something that we do to make us accepted with God, then what Christ has done for us will profit us nothing. This is exactly what is happening in the lives of many people. They know about Christ and believe that He purchased their forgiveness of sins, but they think they have to obtain that forgiveness through some merit of their own. That voids what Christ has done for them. They get what they deserve instead of what Christ did for them. What a shame! They have fallen from grace back into trusting in themselves.

Does all this grace mean we can just live in sin? It means that God loves us the same even if we live in sin, but Paul made it clear in Galatians 5:13 that holy living is still the right way to live: “For, brethren, ye have been called unto liberty; only use not liberty for an occasion to the flesh, but by love serve one another.” Grace doesn’t cause people to live in sin; it frees them from the paralyzing effects of guilt and condemnation so that they can live holier accidentally now than they ever did on purpose before.

What happens if a Christian does take God’s grace for granted and lives in sin? Paul addressed that in verse 15: “But if ye bite and devour one another, take heed that ye be not consumed one of another.” He is saying that there are still consequences to sin, but those consequences don’t come from God. Living in sin opens the door to the devil, and he will eat your lunch and pop the bag. We don’t want that.

As much as possible, we live holy, but we never do so in order to earn anything from God. That all comes by grace. When we do sin, we don’t come under condemnation about it and let the devil separate us from the love of God. We simply repent, which means we turn around and head in the right direction again, all the while enjoying the unbroken love of God.

A Testimony of Thankfulness
Johnny Hunt