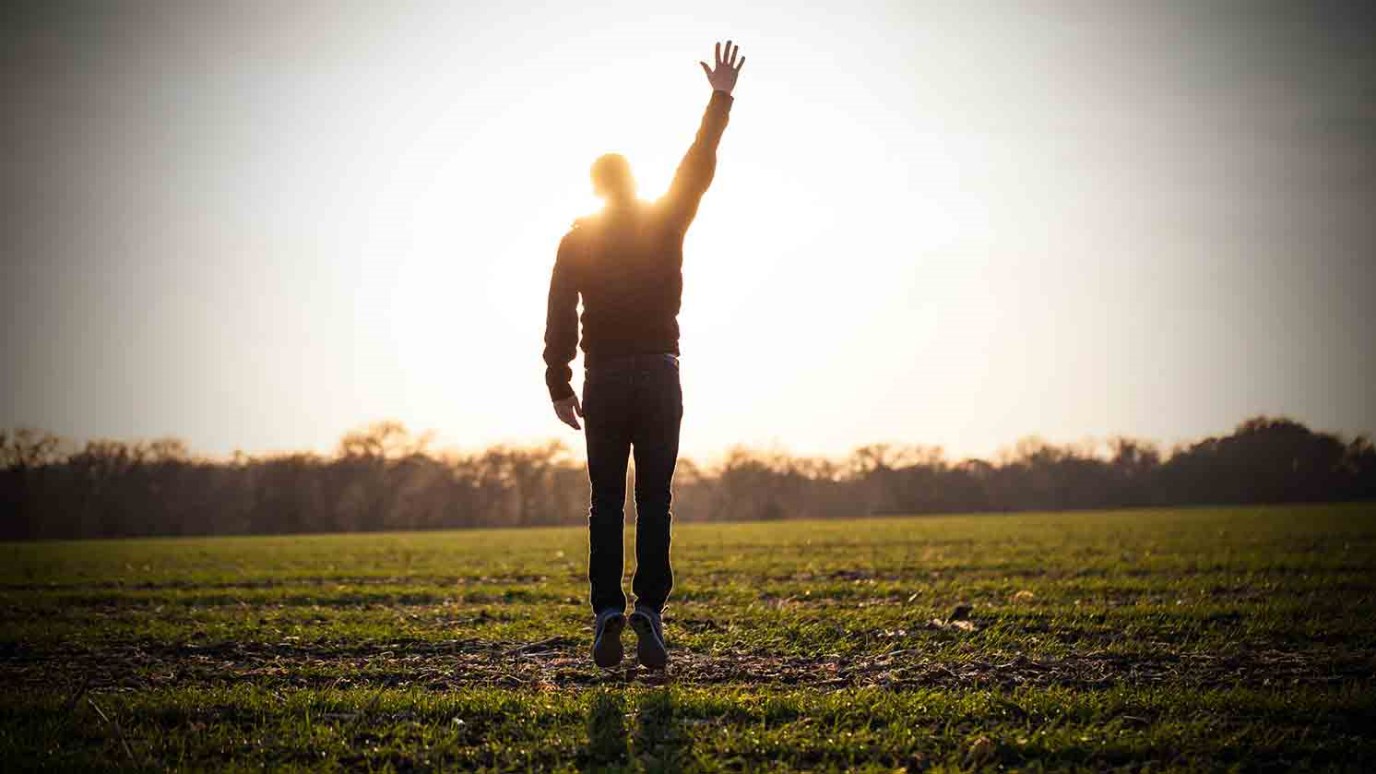 God takes us into His Heaven, not on our own incomplete goodness, but on the basis of the perfection of Christ.

Full Assurance is Based Upon Christ's Work

I once heard a man say, "I am just as sure that I am going to be in Heaven as I am sure Christ is going to be there.” I thought the man must be either very good, or very proud. But then, as I came to know the Bible I learned that he had no goodness in himself and that he was not a proud man. He knew God and He knew the Bible, therefore, he could not say anything else than that he was as sure he would be in Heaven as he was sure Christ would be there.

What does God demand of us in order that we reach Heaven? He cannot demand anything less than perfection, for He, Himself, is perfect, and if He would let imperfect people into His Heaven, He would not have a perfect standard. You have seen an old-fashioned platform scales. If you put a pound weight in one side you must put how much in the other side to make it balance. One pound. Ten ounces will not do it. And if the scales are properly adjusted you will have to put sixteen ounces, for not even fifteen and a fraction ounces will change the balance.

There are three kinds of people in the world: the very bad, the ordinary and the very good. Let us weigh the very bad man in Gods balance. He is a murderer, thief, liar and anything else you wish to call him. But there is honor among thieves, the worlds proverb says. So we will give him two ounces of good works for his account. But two ounces will not swing the balance and we find him in the heap of the lost.

Then we come to a much better man as the world counts goodness. This man is the ordinary citizen. He is good enough to keep out of jail, but he is bad enough to do everything that he wants to do. He is an amiable sinner, liked by his friends as a good fellow, always ready to do a good turn for anybody. He has, we will say, eight ounces of goodness for his account. But eight ounces will not swing the balance and we find him in the same heap as those who are lost.

When we have weighed all the very bad and all the average people, there are very few who are left. But we take one of these few, and find that he is a professor of ethics. That means that he studies the differences between right and wrong. He does the very best he can do to be right in everything he does and thinks. Everybody says he is a very fine man, that he would make a wonderful judge, that he is the finest man they know.

Mother says that she wishes her Johnny would grow up to be like him, he is such a fine man. So we ask him how many ounces he has. Is he perfect? Oh no! He readily admits that he is not perfect. He knows he is better than the bandit and he says he tries to do the best he can do in all things. If we are going to give one man two ounces and another eight, he says we might count him nine or ten. But we know that he is very modest, so we put thirteen ounces to his account. But thirteen ounces will not swing the balance and we find this very good professor in the same heap as the bandits and the average people. Sometimes this makes such people angry. They want to know what kind of God we have Who counts them the same as the worst men on earth. But our God is a God of holiness, who demands perfection. But who, then, can be saved? All, the bad, the ordinary and the very good, all are found to be sinners. But just here God shows us the cross of Jesus Christ. He tells us that He has provided His own righteousness as a gift, and that He will put it to our account if we will come to Him with our hands emptied of all our two, eight or thirteen ounces of our own good works. So we come with nothing of our own and, by faith, we receive the gift of the righteousness of God in Christ. We go with that to the balances of God and put Christ over and against God's demand for perfection. The scale balances, and God takes us into His Heaven, not on our own incomplete goodness, but on the basis of the perfection of Christ. By faith we lay hold on Christ and offer Him back to God. God then takes us into Heaven because of what Christ is. So we can have full assurance because God has found in Christ all that He must demand of us, and we are forever free.

How Is Your Heart?
Thistlebend Ministries

The Authority of King Jesus
First15

Read Scripture: John 13 - 21
The Bible Project
Follow Us
Grow Daily with Unlimited Content
Uninterrupted Ad-Free Experience
Watch a Christian or Family Movie Every Month for Free
Early and Exclusive Access to Christian Resources
Feel the Heart of Worship with Weekly Worship Radio
Become a Member
No Thanks