From Dabbler to Doer 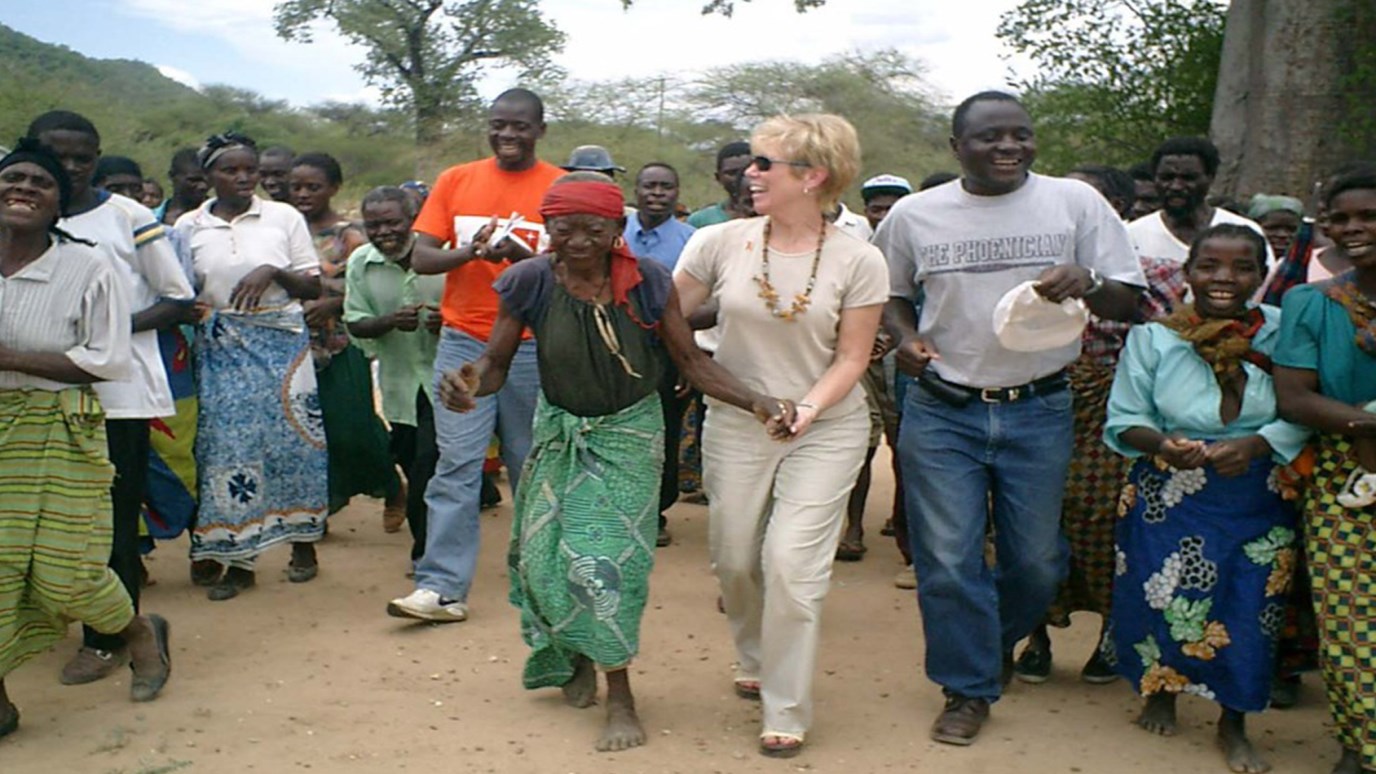 Drawing from her strength in God, Marilee Dunker Pierce confidently stepped into the plans He has for her.


Marilee Pierce Dunker celebrates with villagers in Simabbula, Zambia, in 2003.

All journeys of faith begin somewhere. Mine began when I received Jesus as my Savior at my mother’s knee at the age of 3. Three year olds don’t struggle with faith, and when my folks told me that God had a plan for my life, I believed it!

The next 47 years were a bit more challenging as I watched God work in “mysterious ways” that often left me wondering if I had somehow taken a wrong turn and missed the “plan.”

Don’t get me wrong. I love being a wife, mother, and grandmother and am proud that my husband, Bob, and I recently celebrated our 38th anniversary. But I have to admit that sometimes as a stay-at-home mom who spent a good portion of her life waiting in the car for her girls to get out of choir, or drama, or softball practice, it worried me that I was doing little with my own talents.

You see, I was a “dabbler.” I had been a women’s retreat speaker, written four books, hosted a daily radio talk show, and taught a women’s Bible study. But none of it seemed to add up to much.

Then in September of 2000, the entire Pierce family was invited to Seattle to celebrate World Vision’s 50th anniversary. I settled back to watch the video tribute to World Vision’s work—past and present—and I marveled at what God had done through the seeds of compassion my family had planted.

I wept as my heart seemed to swell with an ache I hadn’t felt since I was a small child. Then a question popped into my head.

I knew that Voice. I had heard it many times. But it was such a ridiculous thought that all I could do was laugh—literally—out loud. I had neither the education nor the qualifications to work with World Vision. I didn’t know how to dig a well or speak another language. I had never even graduated from college.

I was a dabbler!

But I did know how to pour coffee and answer a phone. And if there was one thing I have learned, it is when God speaks, I need to act—even when I am certain He has me confused with someone else!

I wrote Richard Stearns, president of World Vision U.S., and offered my somewhat limited services. He surprised me by taking my letter seriously, but neither of us had a clue as to where I would fit.

A few weeks later, a position with Women of Vision opened up. I met with Penny Wood, then the director of World Vision’s growing volunteer program, and told her about my “dabblings.” When I was done, she said, “If I had written the description of who I am looking for, it would be you.” I fit!

So at the age of 51, I began this latest leg of my great adventure of faith. I won’t claim that being expected to constantly learn and grow and step out of my comfort zone is easy at my age. But a few years ago, I challenged the Lord about His questionable timing as I boarded my third flight in one week.

“I’m too old for this,” I grumbled, squeezing into my economy seat.

“On the contrary,” the Lord seemed to reply with a chuckle. “You’re finally old enough!”