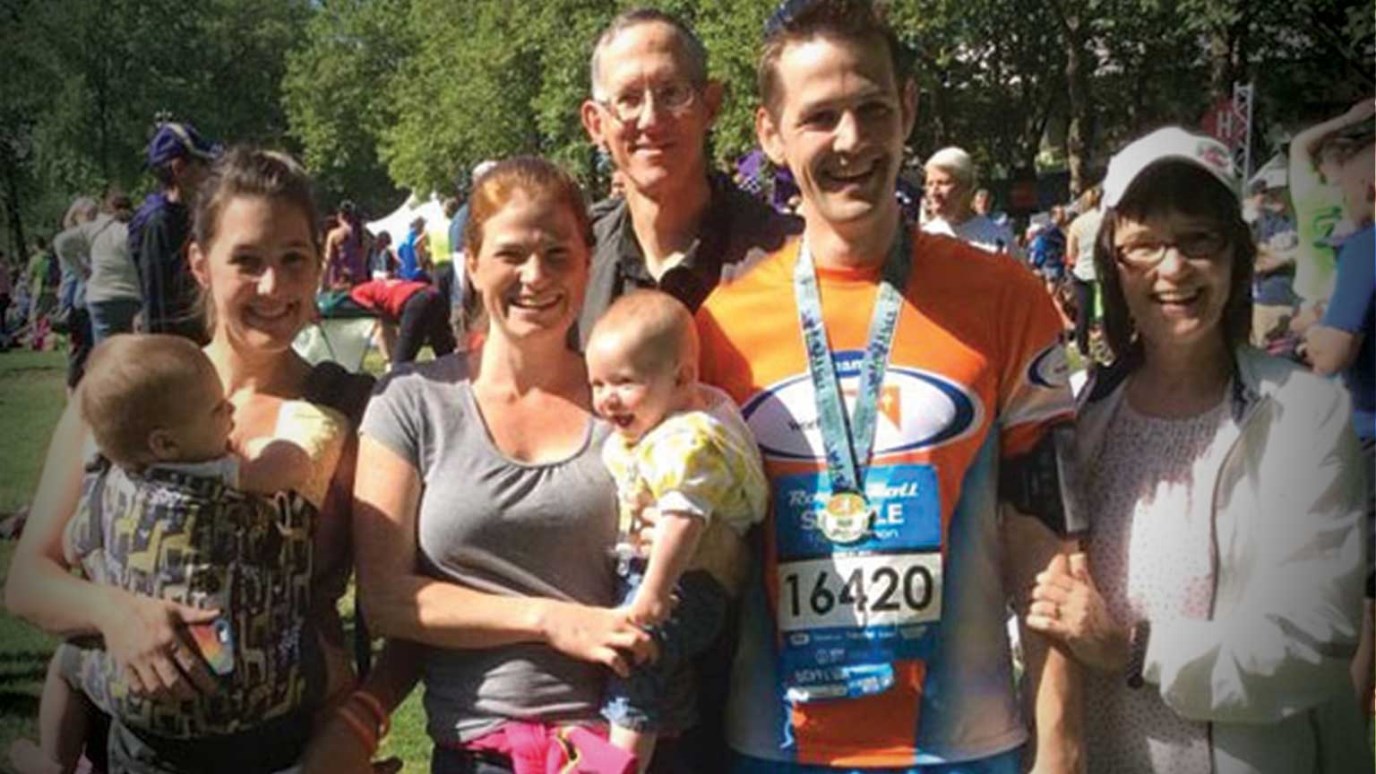 God doesn’t ask us to be capable; He asks us to be willing. Read how He is using Daniel's weakness to raise money for clean water in Africa!

Read how God is using Daniel's weakness to raise money for clean water in Africa!

These words come a little easier than they used to. It’s still hard to believe that this is me now: a runner. A year and a half ago, running more than a mile seemed impossible.

I have struggled with exercise-induced asthma all my life. Running was difficult and painful. I’ve tried to run at various times in my life, but I never enjoyed it. When you are fighting for every breath, it’s hard to enjoy the experience of running.

In Junior High, I was required to run one mile during gym class. I ran around an outdoor track gasping, wheezing, and clutching my inhaler. I finished last nearly every time. It was humiliating. I hated gym class so much that I would send myself to detention, just to avoid it.

So how did this happen? How did I get to be a crazy runner?

In January 2013, our family went on a vacation to Hawaii. Afterward, I saw the pictures. I was stunned: I was overweight and unhealthy, and for the first time I really saw myself. The false mental picture I’d had of myself was shattered.

I put my worst picture up on the mirror in my bedroom. It was hard to look at. But it was a motivating, daily reminder. I needed to get healthy. I made a goal to lose at least 30 pounds. For the first time in my life, I started to take my health seriously. I began to diet and exercise.

At a men’s Bible study one night, a new friend introduced himself to me, saying, “Hi, I’m Matt. Do you run?” My reply was terse: “No.” And then an awkward pause. The conversation ended right there.

I was embarrassed at how I’d shut down the conversation. Later, I learned that Matt was organizing a group to run a 5K to raise money for clean water. He couldn’t have known that running was a sore spot for me. I had responded out of insecurity and fear. A 5K is slightly more than three miles, more than I had ever run before. And I was afraid of failure.

Then I heard a man named Steve Spear speak. He talked about how he felt God calling him to run across the U.S. to raise money for clean water projects. He would run 3,000 miles from Los Angeles to New York. He said that he had hated running when he first started. His goal was to “hate running a little less” each time he ran. Then I thought, why not? If this guy can run across America, why can’t I run a 5K? I don’t have to love it. All I have to do is try to hate running a little less each time.

And then I had a deeper realization. I was reminded of 1 Corinthians 1:27: “God uses the weak things of this world to shame the strong.” Asthma was my weakness. It was holding me back. I sensed that God wanted to use my weakness for something good. I needed to stop limiting myself. And stop limiting God.

It’s just like God to ask me to do something crazy. The Bible is full of people that God asked to do crazy things – Abraham, Jonah, Moses, Joshua, Samuel, David, Peter… you get the idea. Those that obey God and step out, even when it seems crazy, make the biggest impact!

To reach my goal, I followed a “Couch to 5K” training program. It starts with short intervals of running and walking. The first four weeks were definitely the hardest. But by week 5, I started to hate running a little less. By week 6, something miraculous happened. I had a noticeable improvement in my asthma. And by week 7, I had ditched my training plan because it was too easy. Not only that, I was running without my inhaler. My asthma symptoms were gone.

Over the last year and half, I’ve run over a 1,000 miles. I’ve completed three 5Ks, a 10K, and two half-marathons. I’ve lost 45 pounds! And we’ve raised over $1,000 for child protection in Cambodia and over $500 for the Philippines disaster relief. But God’s not done yet. I have another crazy goal.

“You are never too old to set another goal or to dream a new dream!” –C.S. Lewis

In less than 30 days, I’m going to do the next crazy thing: I will run the Hood to Coast Relay Race with Team World Vision. I will be part of a team of 12 amazing people from all over the country. Together, on August 22, we will run from Mt. Hood to Seaside, Oregon for a collective 199 miles. I have a crazy goal to raise $10,000 to help provide clean drinking water and sanitation for 200 people in South Sudan. Already, I’ve raised over $4,500! Amazing!

God doesn’t ask us to be capable. He asks us to be willing. Is God calling you to do something crazy? Something that looks foolish? Take a step forward. And don’t keep it a secret. Tell someone. Be accountable.

If you feel afraid … good! Answer your fear with trust. Put yourself in a position to trust God, and he will do something miraculous.

“Trust in the Lord with all your heart and lean not on your own understanding; in all your ways submit to him, and he will make your paths straight.” –Proverbs 3:5

Freedom from Poverty: The Key to Life in All Its Fullness
World Vision