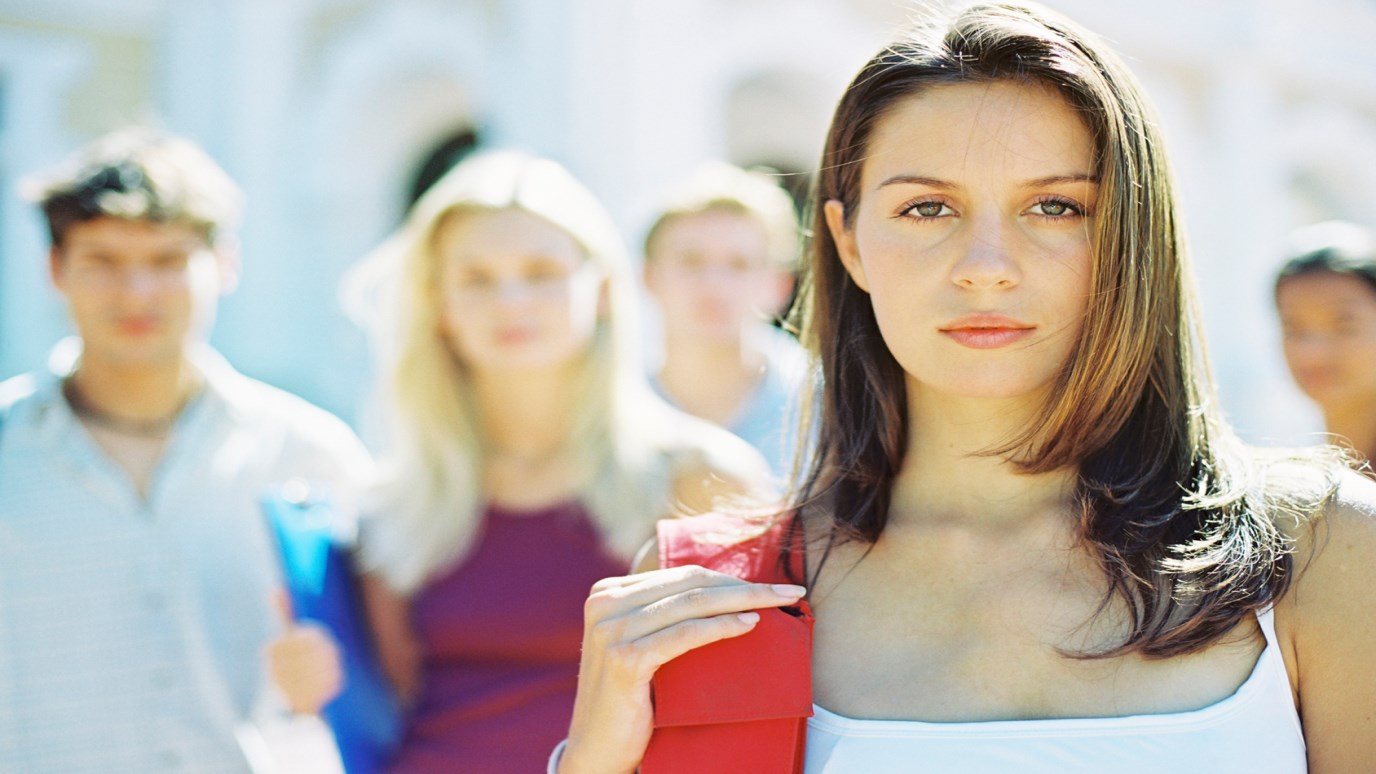 Marian Jordan Ellis shares a powerful story from the Bible to show Jesus' unconditional love and acceptance for all.

The Bible tells a story of a woman who was branded with a harsh label. She’d had a pretty rough life. I guess you could say she was a wild girl. Everyone in the village knew her or at least knew of her. She was labeled, and the names were not nice: slut, easy, crazy girl, desperate, used. Do you know a girl like her? Are you a girl like her?

This woman’s particular label read “sinner.” Everyone in her village called her by that name, and they didn’t want to associate with a girl like her. She had a bad reputation. I imagine she had a pretty lonely existence. Who knows the full story behind her label? But one thing is for sure: she was ready to get rid of it.

One evening a prominent man in her town hosted a dinner party and invited Jesus to attend. While the Scripture doesn’t tell us all the details, we can infer that the “sinful” woman had some sort of encounter with Jesus prior to this event. We know this because once she learned that Jesus would dine at the man’s home that evening, she broke all rules of etiquette and made her way there—uninvited I might add. Her purpose in going was to simply be near Jesus. She intended to worship Him (Luke 7:37–39).

You might be asking, what’s so special about Jesus? Good question. In Jesus Christ, this woman found the unconditional love and acceptance her heart had always hungered for; and, what’s more, when she came to Him that day in adoration, He did something for her that would change her life forever—He removed her old label.

The “sinful” woman entered the dinner party and made a beeline for Jesus. The crowd of onlookers whispered. The host of the evening snickered, “If He is a real prophet, then He would know what ‘sort’ of woman she is... ‘she is a sinner.’” Can you hear the judgment in the host’s voice? Jesus, undeterred by the condemnation swirling about Him, turns to the woman and, in a word, removes the label that she’d been carrying for years. Looking her in the eye, Jesus said, “Your sins are forgiven.” One simple statement from Jesus and her whole life was transformed. No longer was she called “sinner”; Jesus gave her a new name—“forgiven” (Luke 7:40–50).

As I imagine this scene, I think about the onlookers—the ones with the smug, self-satisfied expressions because they feel superior to the woman with the bad rep. I like to imagine their astonishment as Jesus gives her this new label. I’m sure they are a little ticked off. Their idea of religion is that you must work hard and perform perfectly in order to be accepted by God. How dare Jesus so easily wipe away this woman’s sins? Who does He think He is?

I think my hunch is right because the Scripture tells us that when Jesus does this they turn to one another and ask, “Who is this man who even forgives sins?” Basically, they all want to know one thing, what gives Jesus the right to change her label?

Who Is This Man?

This is one of my favorite questions in the entire Bible. Who is this man? People always marveled at Jesus. Sure, He did lots of things that made people scratch their heads in awe—such as multiplying food to feed the hungry, healing the paralyzed, turning water into wine so that a wedding wouldn’t be a total flop, and other drop-your-jaw-in-awe miracles. But these things didn’t get Jesus into trouble. What caused Him trouble with the religious authorities of the day is when He would do things and say things that only God Himself was supposed to say and do. Such as, gee, I don’t know... claim to be God. When Jesus went around doing stuff like that, well... that’s precisely why the leaders of the day wanted to kill Him.

The situation with the woman at the dinner party is just one of those moments. When Jesus had the audacity to forgive her sins, He did something that everyone knew and fully understood could only be done by God Himself. Forgiveness. After, He is the friend of sinners.