Friday Night in the Testing Hut 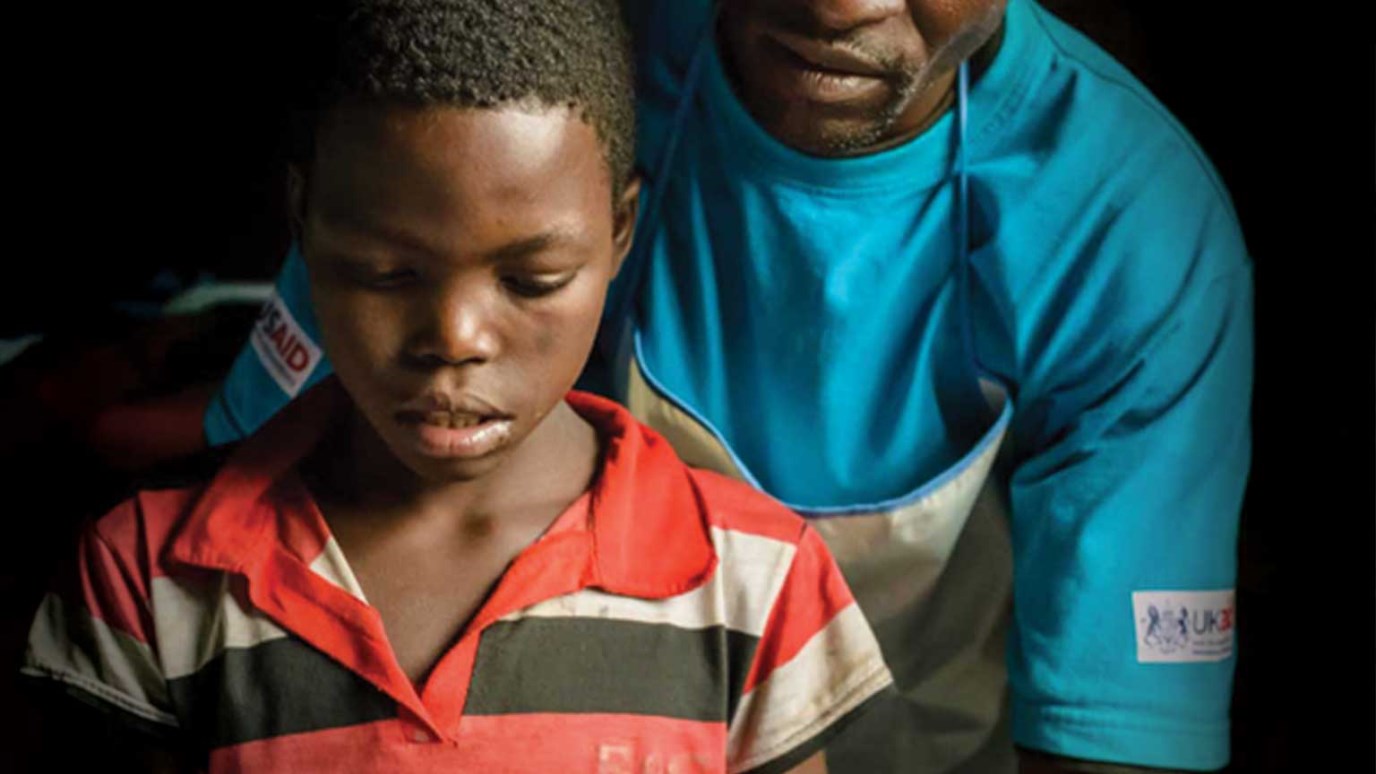 Asumani, 13, and a health worker in Uganda. Read about World Vision's rapid testing system for malaria at work … and how it saved Asumani's life.

On Friday, Asumani came down with malaria. Our writer, Kari Costanza, is in Uganda right now and was visiting the health center when Asumani came in. She witnessed World Vision's rapid testing system for malaria at work … and how it saved Asumani's life. See what just happened!

Last Friday night, I was among dozens of people crowded into a small hut—all of them waiting to be tested for malaria. Outside the rain was pouring as if from buckets, showering Namayuni village in Western Uganda with much needed rain.

In Uganda, rain is a double-edged sword. It brings life and it brings death.

Namayuni village is surrounded by a swamp. Mosquitos breed in murderous multitudes in the swamp. Every week here, 100 people test positive for malaria.

I watched as sponsored child Asumani, 13, came in for testing. The boy had been playing happily with his friends, when just hours before, his stomach became wracked with pain. His father brought him to the testing hut to find out why.

A village health worker pricked Asumani’s finger with a rapid test kit supplied by World Vision. Asumani didn’t wince—so brave, at an age when boys are turning into young men.

The test takes only 15 minutes to display results. It works like a pregnancy test. One stripe—you’re clear. Two stripes—you have malaria.

“This is his first time,” said his father, hovering close by as the results became evident.

A health center worker gave Asumani the proper dose of malaria medication, Coartem, and explained how he should use it. Asumani already sleeps under a World Vision-supplied mosquito net. Now that it’s rainy season, he will have to be careful to come inside before dark—when mosquitos spread malaria.

“I pray that God will help me be well,” the 13-year-old told me, clutching the tablets.

Between 70,000 and 110,000 people die every year of malaria in Uganda, according to the Ministry of Health.

Thanks to the rapid test kits that World Vision provides to Namayumi village, Asumani will not be one.