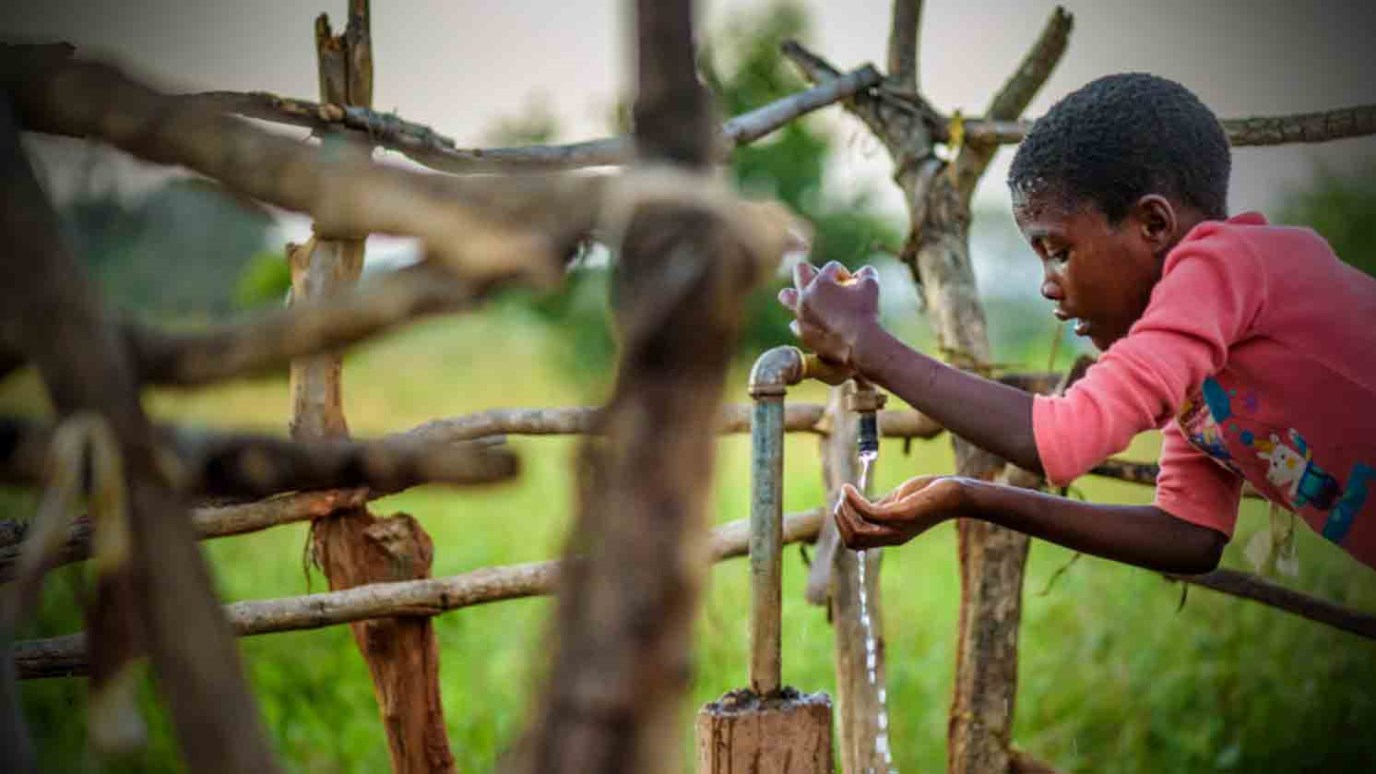 Rosemary washes her hands and face, and drinks clean water from the tap next to her family's home in Zambia. The tap is from a World Vision-installed, solar-powered borehole.

Rosemary, an 8-year-old sponsored child, dreams of being a chef because she likes serving people. Plus, she likes tea and imagines that chefs spend time drinking tea. Rosemary is at the top of her class and loves math and science.

Things weren’t always so promising for Rosemary’s family. They often went into debt just to be able to buy food for their children.

Danford received five goats through World Vision’s Gift Catalog in 2011. Danford says, "When I received the goats, I told myself ‘here comes the freedom.’"

Goats enabled the family to diversify their crops and also try new income generation activities. They invested in seed and fertilizer and their maize crop increased. They’ve also been able to expand their sugar cane fields and grow a field of sunflowers to make cooking oil both for their consumption, but also to sell.

They’ve bought other animals like chickens, ducks and even four cows. As the goats continue to multiply, their wealth grows.

It used to be that the family was ostracized from community decisions. People without animals are told if they try to raise their hands in community meetings, put your hands down. You don’t have a say.

Now other families come to them to ask for food. The family always helps out.