Freedom from Poverty: The Key to Life in All Its Fullness 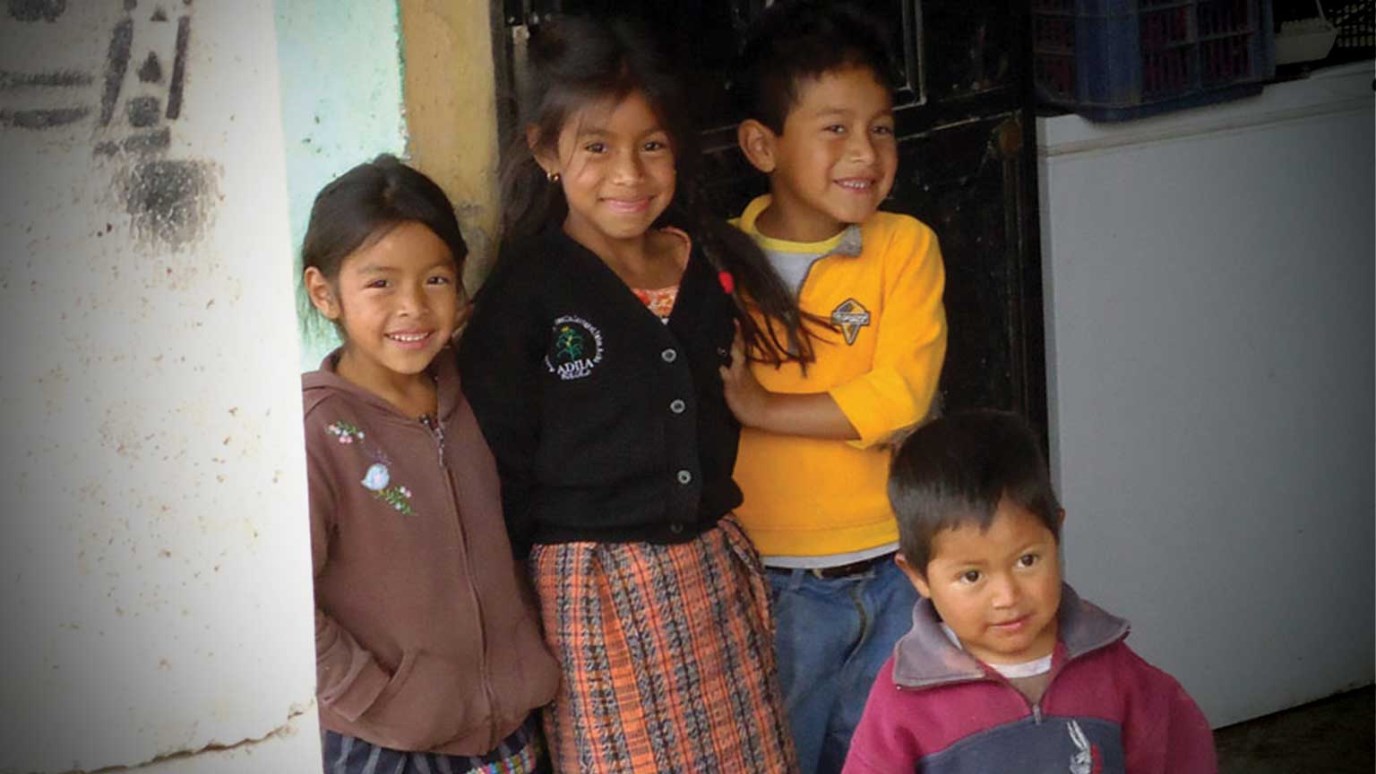 In stark contrast to the beauty of Guatemala, the presence of poverty exists across much of the country. But poverty does not define its people, and World Vision is working to help families and communities to overcome it -- for good.

I had the honor, for the first time, of visiting World Vision's field programs in Guatemala. This Latin American country is a gorgeous place -- a lush, beautiful landscape, and equally beautiful people.

In stark contrast to such beauty, however, is the presence of poverty across much of the country. Malnutrition is a major problem here -- 45 percent of Guatemala's population is stunted. Particularly in rural areas, families struggle with limited access to education, healthcare, and economic opportunities.

But poverty does not define the people of Guatemala. Nor, as I discovered, does it undermine their ability to find joy and hope. And World Vision is working to help families and communities overcome it -- for good.

Throughout the trip, my group had the opportunity to experience how this is happening. We visited a local school supported by World Vision. We observed a broad range of economic development initiatives -- tomato and flower plantations, a natural medicine production facility, and a handmade crafts shop, to name a few. And we learned about various other community improvement efforts -- a children's artistic development program, a rural emergency response team (similar to paramedics), a child nutrition class for new mothers, and a Christian commitment group.

For me, the crowning moment of the trip was meeting my sponsored child, 7-year-old Claudia. We didn't speak a word of the same language. In fact, her family spoke a native language that required our words to be translated twice. But the unspoken communication was equally profound. From the time we were first introduced, she hugged me and wanted to hold hands. She was shy and quiet, but it was clear that she was deeply thankful -- and happy.

Happy. This emotion, more than any others, characterized the demeanor of the people we met in Guatemala. They were not resentful or disappointed by what they lacked in material wealth. Instead, they were joyful and content with what they did have. They expressed gratitude for God's gifts. They embraced the talents, passions, and identities He had given them each individually. They were warm, hospitable, and welcoming.

At the artistic program we visited, where we listened to a performance by a group of young musicians, one boy proudly said that he wanted to become one of the best musicians in all of Guatemala. The World Vision staff member became emotional as he translated the boy's words. He later explained that the boy, just a year prior, had shown little ambition beyond following in his father's footsteps as a subsistence farmer.

Likewise, young Claudia already has dreams of her own. She'd like to become a teacher.

Even the adults we met -- whether they participated in one of the economic development programs, or oversaw one of the community initiatives -- were as passionate about their jobs as the children were about their aspirations. They took proud ownership of their God-given abilities. Meeting such people -- who held very diverse roles but expressed similar enthusiasm for them -- reminded me of Paul's words about the body of Christ:

But in fact God has arranged the parts in the body, every one of them, just as he wanted them to be. If they were all one part, where would the body be? As it is, there are many parts, but one body.

World Vision's programs are designed not to direct children and families toward a particular vocation or role within their communities. Rather, they are built to equip and empower. When people are released from the bondage of poverty, they are free to discover their unique talents, passions, and calling as ordained by God. They are free to realize their full potential as His children -- and their special, irreplaceable role in the body of Christ.

And that's exactly what brings about the kind of happiness, contentment, and dedication that I saw among the people of Guatemala who are served by World Vision. They may have little material wealth -- but they have seen a glimpse of God's vision for them, and they have life in its fullness.