Fragrance of Victory: Girl in India Goes from Street to School 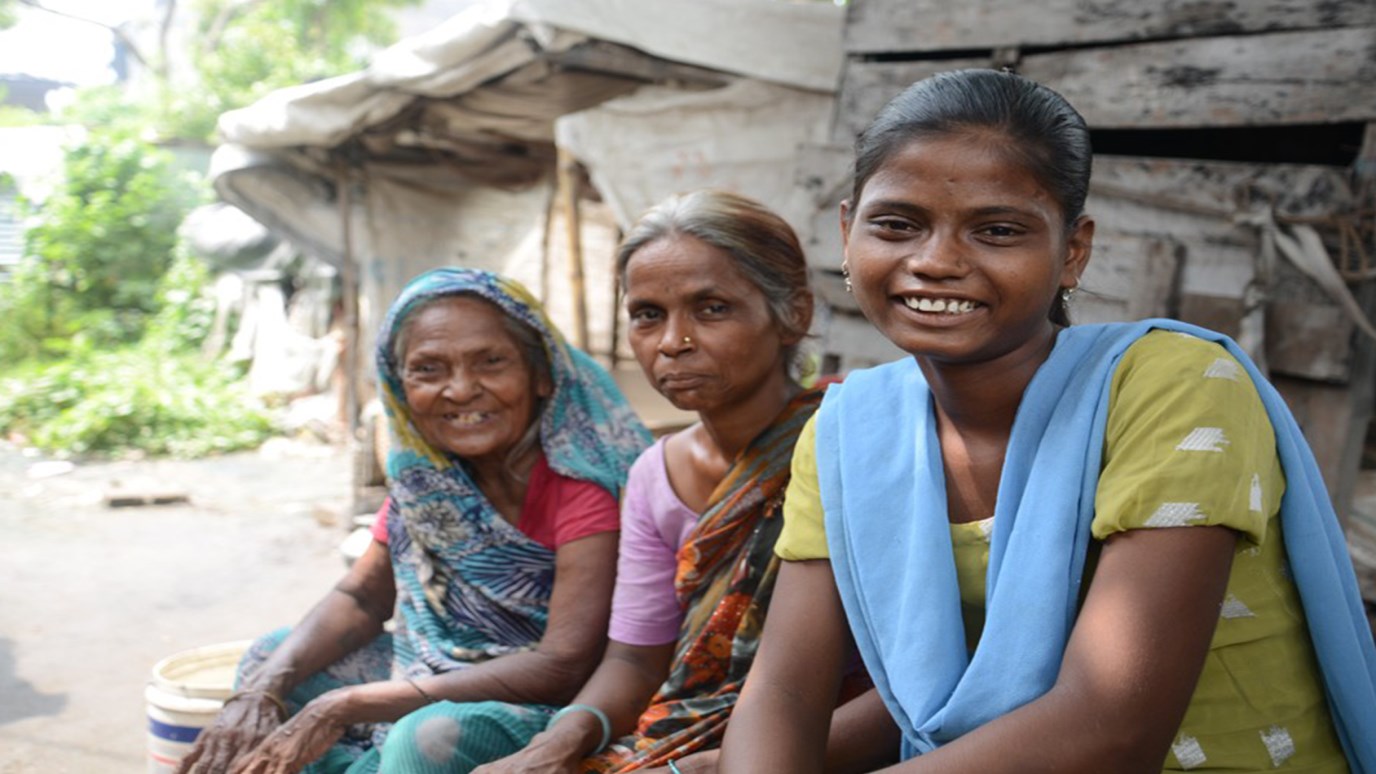 Finally breaking a generational curse, a teenage girl in India becomes the first person in her family to go to school.


Kushboo, right, with her mother and grandmother, is the first person in her family to attend school.

“Beep, beep,” the sounds of horns drown Kushboo’s brisk footsteps as she crosses the busy streets of Patna junction in India, trying to get to her destination as quickly as possible.

She navigates through narrow lanes, at times tip-toeing across adjacent open drains, trying to be punctual. Running up the stairs, she reaches the second floor and stands at the open door, eager to get in. She raises her hand with a sudden burst of energy and calls, "May I come in, sir?"

“Yes. Come in,” says the teacher. Those three words are like music to her ears. Elated, she hops into the classroom, taking her rightful place in the far corner. Reaching into her school bag, she grabs her textbook, waiting in anticipation for the lesson of the day.

A stark contrast to her past routine, Kushboo is grateful for every minute spent gaining knowledge.

Before she was born, Kushboo’s father abandoned her family. Kushboo’s mother worked as a maid, but always fell short of providing a better life for her daughter with a monthly income of (US) $25. The overwhelming sea of poverty called for extreme sacrifice to keep the family afloat. Kushboo’s childhood and the right to study were the price paid.

Kushboo went to work selling lentil pakodas at the railway station after spending her mornings helping her grandmother prepare them. The frying wok became her curriculum, and the railway station her school. Burning her tiny fingers while frying the pakodas, she painfully sighed watching other children go to school and wished she could study.

“I had to give up my dreams of studying,” she says. “If I had my father also working, then I could have studied.”

Feeling dejected and vulnerable, Kushboo went unnoticed for years—until volunteers with World Vision's the Patna Child Restoration Project identified her as a high-risk child and approached her at her snack station when she was 13.

At first she looked at them with suspicion. “Why would someone be concerned about me?” she recalls thinking. Her family reacted similarly. But after many visits with her family, counseling and teaching them about why Kushboo needed an education, the family began to trust the World Vision volunteers. Kushboo’s grandmother finally pronounced her blessing.

"I am not educated, my daughter is not educated, which is why we are in poverty. All I want is a good life for my granddaughter—a life better than what we have," says Kushboo’s grandmother.

Finally, trading the frying wok for a pencil, Kushboo began her educational journey. With no basic foundations, the transition wasn’t smooth.

"We coached her for one whole year. She didn’t know anything. After a year, we mainstreamed her into government school. Now, after two years of coaching at our center, there is a lot of difference. She is very strong in math," says Sanjeev, a World Vision staff member.

Not only did Kushboo turn a new leaf in the world of education, her personality blossomed, too.

"She smiles now, she laughs. There is a great difference in Kushboo’s personality and mannerisms,” says Seema, World Vision staff member.

Kushboo no longer views her living condition as a deterrent to fulfill her dreams. Like her name, which means fragrance, she is the sweet aroma of victory over years of bondage to illiteracy. Finally breaking this generational curse, she has become the first person in her family to go to school.

"I want to be a teacher just like Sanjeev and teach children like me,” Kushboo says. “My study life started in the center. I feel safe and secure here rather than on the streets. If World Vision was not here, this chance to study would be impossible. It has changed my behavior, my way of thinking; I can do anything if I am provided with an opportunity.”

This article was written by Annila Harris.

It Can Be Done
K.P. Yohannan
Follow Us
Grow Daily with Unlimited Content
Uninterrupted Ad-Free Experience
Watch a Christian or Family Movie Every Month for Free
Early and Exclusive Access to Christian Resources
Feel the Heart of Worship with Weekly Worship Radio
Become a Member
No Thanks