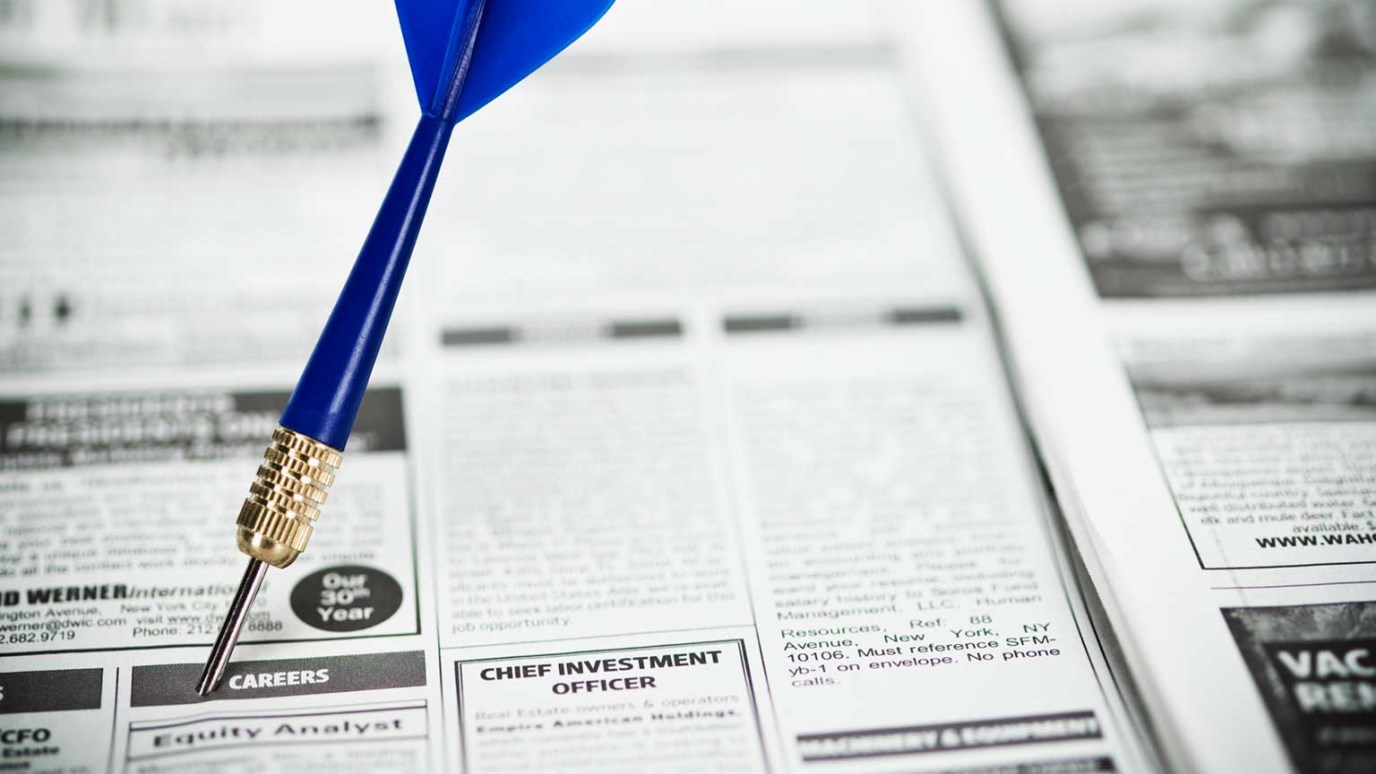 About one-in-four young adults are unemployed and an even higher amount is underemployed. So what can grads do to make progress?

Have you seen the numbers? For high school and college grads, the job market has both good news and bad. The report on jobs in April revealed 288,000 new job openings — the most in two years. Overall unemployment dropped from 6.7% to 6.3%, which is the lowest its been since 2008. That’s the good news.

Unfortunately, market experts tell us the reason for the decline is so many young people dropping out of the job hunt. Young adults ages 25-34 remain the highest unemployed population dropping again in April. About one-in-four young adults are unemployed and an even higher amount is underemployed. The bottom line? The class of 2014 will be the sixth consecutive class that graduates into a very weak economy. Many recent graduates will hear this message from employers:

Congratulations on your diploma! Unfortunately, we regret to inform you our job openings are roles you are overqualified for and may force you to wait at your parent’s home for something better. You’ll need to delay entering your actual career and fall behind past generations by about a decade. Good luck.

So What Can Grads Do To Make Progress?

1. Don’t worry about status as much as location.

Many successful people I know say they took a job right about of college that did not pay well in exchange for a location they loved and that offered room to grow. Remember: It doesn’t matter that you start at the bottom of the ladder…as long as you’re on the right ladder. Find a place you can serve — and budget. I just heard of a family of four whose annual income is $14,000…and they just bought a home. It can be done.

2. When possible, offer to volunteer for two weeks at a job you like.

I know two graduates who had the guts to say to an employer: “I will work for free for two weeks just to see how you like me. If you still don’t choose to hire me after that period, no harm, no foul.” Both got hired. It’s a risk, and it’s a position not every grad can offer, if you are under the gun for income. But I love the spirit it represents.

3. Broaden your goals and vision.

Many college students set goals that are outside of their control. This can be very frustrating when outcomes don’t pan out. Instead of saying, “My goal is to make a six-figure income by the age of 30,” or “My goal is to become a vice president in five years,” why not open your mind to roles outside of your current assumptions? Then set goals that are actually in your control, such as: “I want to serve in a hospitality industry and demonstrate to myself and others what my strengths are.”

Now you’ve earned your degree, it may be that you got one in an area where there just aren’t too many opportunities. Perhaps it would be wise to return two more years and major in something like business, engineering, accounting or technology where there are wider openings. I know students who did this and now have a far greater chance at building a career in their area of study.

Whatever you do as a graduate, start as early as possible. The students who get experience while they’re still students fair better. When I was in college, I worked multiple jobs and at one point, had three jobs at once. When I graduated I didn’t have the highest GPA in my class, but I had five job opportunities.

What are your thoughts? Would you add anything to this list?

One more thing: Because it’s graduation season, we’re making a special offer on Habitudes For the Journey, a book designed for students in transition. It’s great for small group discussion or summer reading.

Spend Time with People Better than You
Dan Miller

Keeping Your College Degree From Being Antiquated
Dr. Tim Elmore
Follow Us
Grow Daily with Unlimited Content
Uninterrupted Ad-Free Experience
Watch a Christian or Family Movie Every Month for Free
Early and Exclusive Access to Christian Resources
Feel the Heart of Worship with Weekly Worship Radio
Become a Member
No Thanks