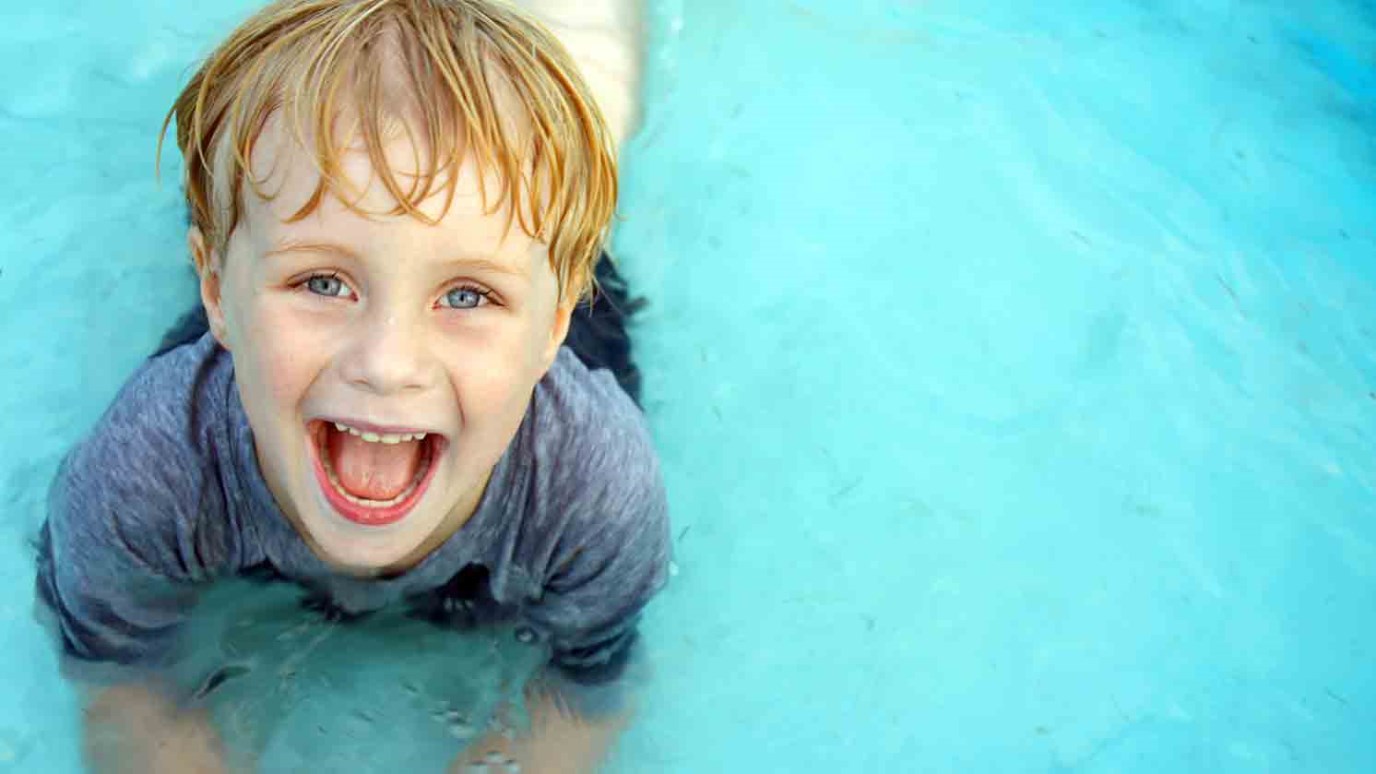 New things are always less scary when you aren’t doing them alone. This is true in life, and it's true in foster care.

One day, our 7-year-old son wanted to go to the neighborhood swimming pool, but we could not go that particular day. Frustrated but not deterred, he went out into the back yard to play. A short time later I went outside to check on things and found that he had looted a pile of extra fence boards I am saving for a project. He had begun to arrange them in the shape of a large rectangle in our back yard . . . you know . . . swimming pool-shaped. In the middle of the rectangle lay one of my shovels he had acquired from the garage.

The bad news is that my son was about to try and dig a massive hole for a swimming pool in our back yard. The good news is that I discovered his plan during the pre-excavation phase.

While he had not secured the proper permits for his project (like asking his dad for example), I had to admire the fact that he thought he could get it done even though he’d never done anything like it before. We’ll never know how far this 2nd grade engineering genius would have gotten had I not intervened, but I’m confident he would have at least been able to create a fairly impressive mud pit – which would have probably been at least twice as fun as the swimming pool.

In general, we as people accomplish three kinds of things:

For those of us that are risk averse, we can live in the first two categories most of the time. Getting into the third category can be difficult. What if it doesn’t work? What if I look like an idiot? What if it does more harm than good? However, one of the best ways to overcome these kinds of fears about doing new things is to find friends who are willing to do it with you. New things are always less scary when you aren’t doing them alone. Just take a straw poll in any roller coaster line this summer.

Last week, a group of churches where we live tried something new for our county. Local CPS has experienced some favorable results in the past from adoption match events for waiting kids. They had asked if this coalition of churches would be willing to host such an event. Now just to explain, a traditional match event involves bringing prospective adoptive parents together with waiting kids in a fun environment, like a carnival for instance. This gives potential parents a chance to meet kids that need families. While these events definitely have been responsible for finding homes for kids, this group of church foster care advocates felt a little uneasy.  These events can be great for kids who find families, but they can also be extremely traumatic for kids that don’t.

So this group of churches got together and faced two challenges: (1) Can we do an effective match event where the kids don’t have to be present (2) Can we pull it off on the proposed very tight timeline (only a couple of months).

After seeing the whole thing unfold the answer was clear: A resounding “Yes” on both accounts, but only because it was done together. None of these churches could have pulled off this event to nearly the same degree had they had to do it alone. But even more importantly than that, no church by themselves would have probably even tried. New things are always less scary when you aren’t doing them alone.

Each child’s case worker and CASA were there at the tables to answer questions. It was a beautiful thing to behold. Over 100 potential parents came even though they knew the kids would not be there. Past match events didn’t draw nearly as many.

Just two weeks later these churches are already getting reports of families that are taking the necessary steps to give several of these precious kiddos a home.  This event was something new and these churches didn’t know if it would work. They had not done or seen anything quite like it. And they had to do it really fast. But the reason they ultimately were willing to try, is because they were doing it together.

Here are two questions for you to consider:

1) What is something a little crazy you’d like to try for kids in foster care but would be much more willing if you had others to do it with you?

2) What can you do this month to get yourself around the kind of people that would be willing to be a little crazy with you?