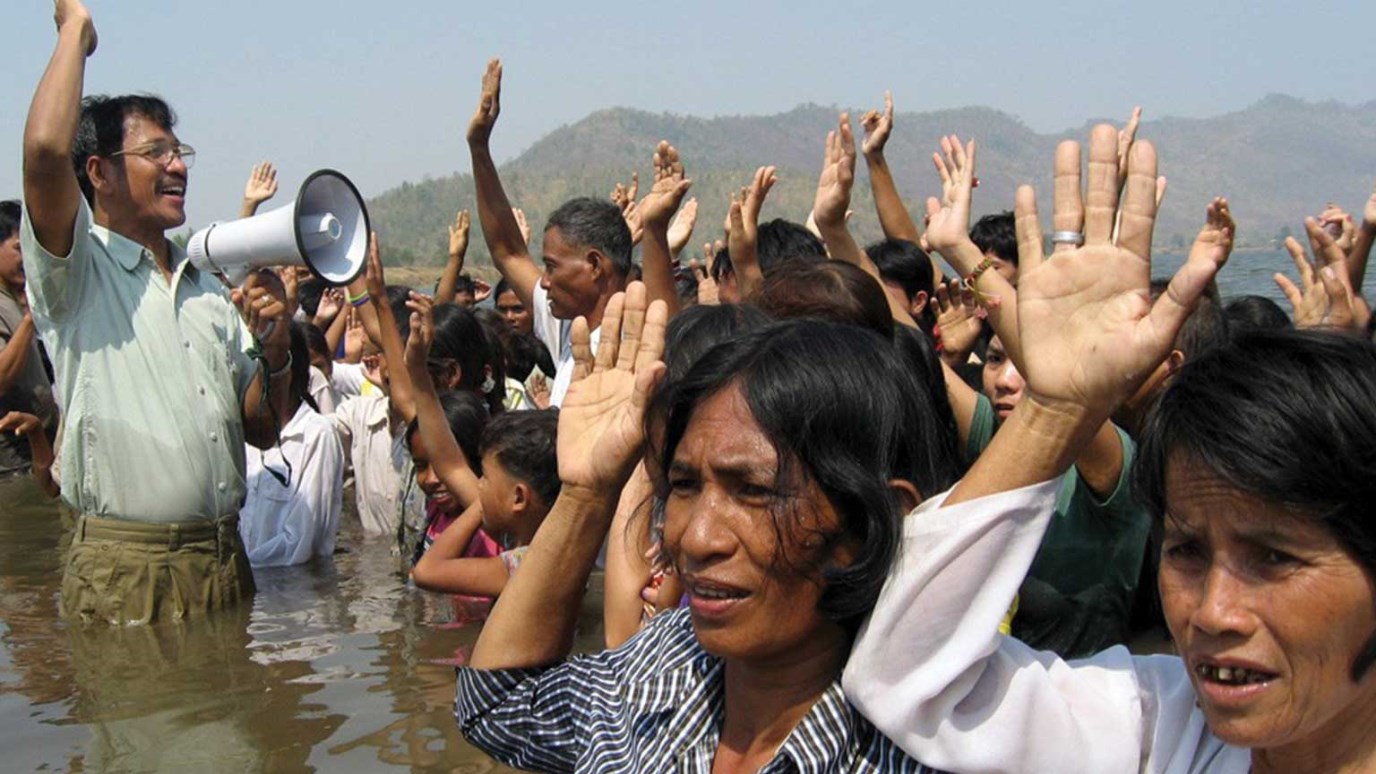 A communist sent to spy on a World Vision evangelistic rally in the 1970s ended up becoming a believer in Jesus and became a central figure in the rebuilding of the Cambodian church.

A communist sent to spy on a World Vision evangelistic rally in the 1970s ended up becoming a believer in Jesus. His faith helped him survive genocide in Cambodia and eventually led him to become a central figure in the rebuilding of the Cambodian church.

In Church Behind the Wire, pastor Barnabas Mam tells the story of his conversion to Christianity after hearing former World Vision president Dr. Stan Mooneyham speak at a meeting in Phnom Penh in 1972.

As a member of one of several communist factions that flourished at the time, Barnabas closely associated Christianity with American imperialism.

He was tasked with identifying the leaders at the rally and writing down their names. But when Stan began to speak, Barnabas completely forgot his mission.

Stan shared Jesus’ story of the prodigal son, a character with whom Barnabas readily identified.

“To become a Christian is not to accept a Western religion,” Stan said, “It is to come home.”

The words reduced Barnabas to tears. He told ushers that he wanted to follow Jesus.

Barnabas abandoned his communist cell and later joined the staff of World Vision. He was praying in World Vision’s Phnom Penh office in 1975 when Khmer Rouge forces, led by Pol Pot, besieged the city.

“Mortar rounds fell among us like rain in the monsoon season,” he writes.

As the Khmer Rouge troops marched through the streets, loudspeakers blared demands that residents leave the city, insisting falsely that it was about to be destroyed by American B-52 bombers.

After spending time being herded from one village to another, a Khmer Rouge official informed Barnabas that he was to be sent to a “reeducation camp.”

It was the first of many prison camps Barnabas endured for several years, facing malnutrition, disease, and endless interrogations. Many fellow prisoners were arbitrarily executed.

But one night in prison, Barnabas says the Lord spoke to him in a dream saying, “You won’t die. You will survive for my purpose.”

Following the invasion of Cambodia by Vietnamese forces, Barnabas fled to Thailand where he spent eight years as a refugee.

Once there, he fulfilled a dream to plant churches in each of the 16 sections of Site II — a camp for 150,000 refugees on the Cambodian border.

At the same time, he prayed that the Lord help him forgive those who had treated him and his family so cruelly and so bring peace into his own heart.

Ultimately, he was able to rejoice when many former Khmer Rouge officials joined the churches he helped found.

After the violence of the Pol Pot years, it’s estimated there were only three underground churches in Phnom Penh attended by about 60 believers.

But as the energetic leaders of the refugee churches from Site II returned in the early 1990s, they spread out and so far have planted more than 400 churches throughout Cambodia.

“It’s as if the starving Cambodian church, a body of believers so bereft of nourishment that we almost died, has had a feast laid out on the table before us,” he writes.