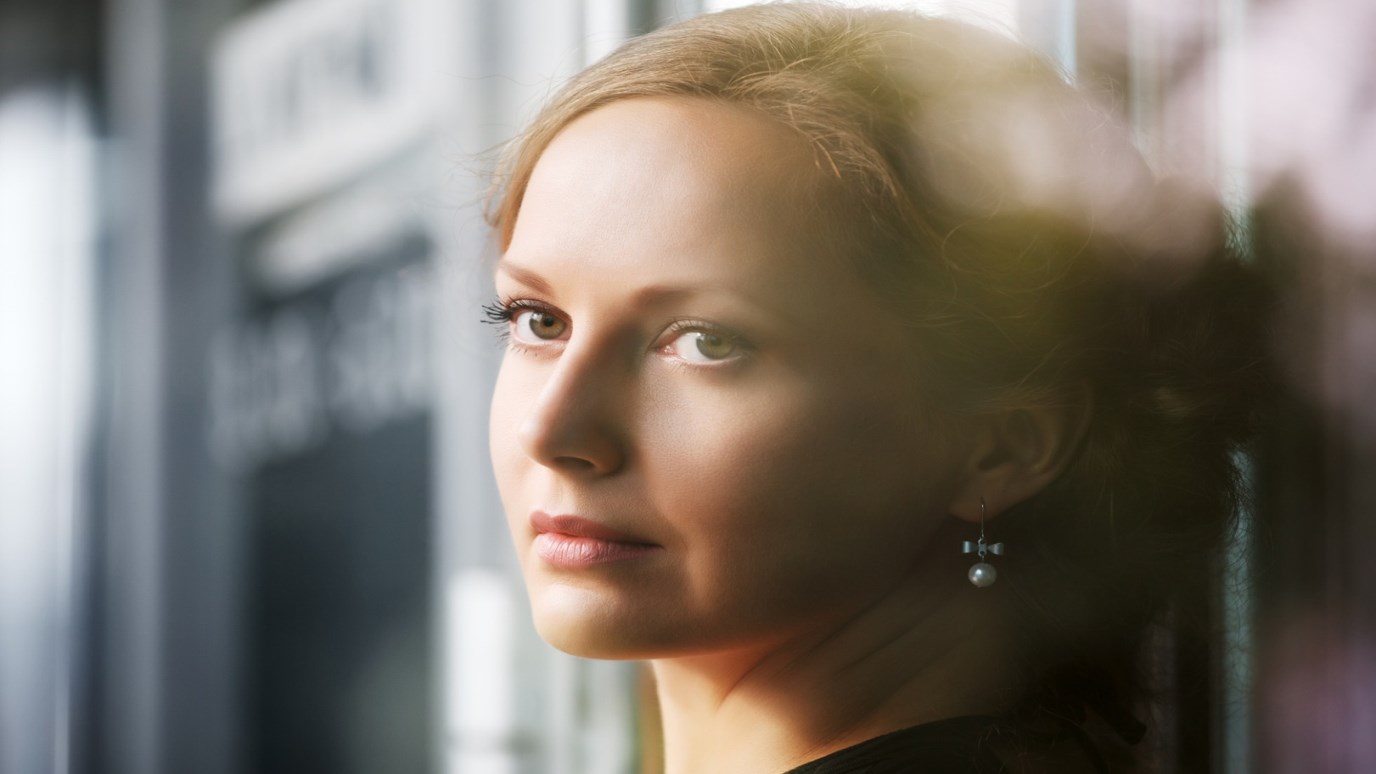 How do you break free of the bonds of self-condemnation?

Do you have a hard time forgiving someone in particular? Is it an enemy, or a loved one who repeatedly hurts you? Or is it yourself? I’ve often heard believers say, “I don’t hold anything against those who've wronged me, and I know Christ’s blood has covered all my sins, but I just can’t forgive myself.” Sometimes the most difficult person to pardon is oneself, but forgiveness is never complete until that has happened.

The issues that cause us shame and guilt are varied. Maybe you regret behavior that injured others or hurtful words that you said to a loved one. Perhaps a traumatic choice you've made, such as a divorce or an abortion, has filled your life with regret. Or maybe you’re carrying a heavy load of blame for harmful words or actions directed toward your children.

The apostle Peter must have dealt with self-condemnation as well. At the time of Jesus’ greatest need, Peter denied knowing Him (Matt. 26:69-75). His own unfaithfulness must have been even harder to bear because of his previous confidence that he would never fall away (Matt. 26:33). The scene of his betrayal probably replayed a thousand times in his mind, making him wish that he could take back his words. But he couldn't.

And then there was Paul. Once he “saw the light” (literally and figuratively), he regretted his history of persecuting the church (Acts 9:1-4; 1 Tim. 1:5-16). How could someone with such a horrendous track record become the greatest church planter and evangelist of his time?

Both of these men discovered the secret to overcoming failure and sin. They understood and accepted God’s forgiveness, choosing to live in the richness of His undeserved grace. But they didn't stop there. They also forgave themselves. They laid down the guilt of their sins at the cross and refused to carry it any longer. That’s why the Lord could use them so effectively.

Those of us who by faith have been redeemed by Christ are completely forgiven and declared “not guilty.” Yet many believers have a hard time letting go of their remorse. The truth is, a self-directed unforgiving spirit is just as detrimental and destructive as holding a grudge against someone else. How can I continue to hold in bondage one whom God has forgiven? How can I not forgive me?

What characterizes those who won’t forgive themselves?

Self-Punishment. One sign of an unforgiving spirit is a desire that the one who did wrong be punished. That’s exactly what we do to ourselves when we hold onto self-condemnation. Every morning the guilt awaits us, and we dutifully wear it like a backpack all day long. With each mental replay of our old mistakes, we experience anew the painful and humiliating emotions that accompanied our past sin. Some people even abstain from the good things God wants them to enjoy, because they think such self-denial, in some small way, will pay for their transgression. How foolish to punish ourselves when Christ has already paid the full penalty. Self-imposed suffering adds nothing to His completed atonement on our behalf (Eph. 2:8-9).

Avoidance. Human beings are masters at attempting to escape their guilt without actually dealing with it. Some try to deaden their feelings by means of unhealthy or excessive behaviors that promise relief: alcohol, drugs, overeating, shopping, entertainment, or sexual affairs are just a few ways people cope with regret. Others fill their lives with busyness—overloading schedules and working longer hours. But we can never work off or ignore our guilt. At some point we must face it, or remorse will continue to eat us up inside, damaging our souls (Ps. 32:3-4).

How foolish to punish ourselves when Christ has already paid the full penalty.

Unworthiness. Another result of not forgiving oneself is a profound sense of unworthiness that affects every area of life. If Satan can get you to feel undeserving because of past failures, he has you exactly where he wants you—spiritually paralyzed. Your prayer life will be weak or nonexistent, your intimate relationship with the Lord will be stifled, and your service will be hindered and ineffective. In reality, none of us are worthy. That’s why we all need grace—His undeserved favor toward us. To hang onto feelings of unworthiness and refuse God’s grace is detrimental to our Christian life (Acts 10:15).

Uncertainty. Dwelling on past wrongs leaves believers under a dark cloud of uncertainty. Despite their assurance of salvation, they are never quite sure where they stand with God, and they never experience the peace that passes understanding (Phil. 4:6-7). Sometimes they may even wonder, What will go wrong next? After all, I’m not worthy of any blessings. No doubt some terrible trial is coming, which I fully deserve. Such thinking undermines trust in the Lord and actually builds a barrier between God and us. When we keep the guilt of our sin alive, we forfeit the contentment, confidence, and joy that come with full forgiveness. The Lord keeps no record of our transgressions, and neither should we (Ps. 103:12).

Distorted Thinking. Self-condemnation also distorts our thinking. Instead of reasoning from the truth of Scripture, those who are filled with remorse rely on their own logic and emotions. Past sins become the primary focus, and what God says takes a backseat. His Word says all my sins are forgiven, but if I hang onto them, I’m denying His promise and affirming my own thoughts. To put it bluntly, the problem is self-centeredness. If all I see is my sin, my feelings, my unworthiness, my guilt, and my regret, then I am all wrapped up in myself (Heb. 12:1-3).

Powerlessness. Christ wants to display His life in His followers, but anyone with an unforgiving spirit extinguishes His light. Although we all know it’s wrong to hold a grudge against someone else, we often tolerate unforgiveness toward ourselves. But it’s still sin. Those who insist on carrying their guilt are not walking in the Spirit, and the result will be a powerless Christian life.

Why won’t we forgive ourselves?

In order to overcome self-condemnation, we must learn to understand why we have this problem. What has motivated us to punish ourselves by clinging to guilt?

Unbelief. The primary cause is unbelief— prioritizing feelings and human reasoning above the truth of God’s Word. Scripture says Jesus bore the penalty for our transgressions (Rom. 3:23-26). But those who hold onto guilt are basically saying, “No, my sin needs further punishment. I must suffer for it until I feel I can forgive myself.” Aren't you glad God doesn't place such a terrible expectation on us? When Christ died on the cross, He said, “It is finished” (John 19:30). No further payment is required. How we feel has nothing to do with the reality of what He accomplished for us.

He has not dealt with us according to our sins,

Nor rewarded us according to our iniquities.

For as high as the heavens are above the earth,

So great is His lovingkindness toward those who fear Him.

As far as the east is from the west, So far has He removed our

Performance. Perhaps the failure to live up to our own expectations is what causes us to berate ourselves. However, when we are so disappointed that we can’t forgive ourselves, we've set up a standard based on performance. This is called legalism. The Lord gives only one qualification for receiving His forgiveness: faith in Christ. To say, “What I did was so bad that I cannot forgive myself,” is to live under law rather than grace. God’s forgiveness is not distributed on the basis of a rating system for sins, and ours shouldn't be either.

Acceptance. Tragically, after living under self-condemnation for a long time, believers can begin to see that as a normal way of life. But it’s not. Christ promised us freedom from guilt along with the abundant life that accompanies a cleansed conscience. To refuse this is to remain in a prison of our own making. Penal institutions have a word for inmates who have become so acclimated to prison life that they’re afraid of trying to function outside: they are described as having become institutionalized. That’s exactly what happens to believers who won’t release their guilt. They huddle in their cell, even though Christ has thrown open the door and invited them to step out into the freedom He purchased for them.

How do I forgive myself?

Hopefully, by now we all realize that struggling under self-condemnation is not the way God wants us to live. But how can we change this habit?

1. Acknowledge: The first step is to recognize that you have not forgiven yourself. Face up to this fact, and begin to deal with the issue.

2. Repent: Tell the Lord that you realize your self-condemnation is a sin. Then accept and thank Him for His forgiveness.

3. Believe God: Reaffirm your trust in the truth of Scripture. God says He has removed your transgressions as far as the east is from the west.

4. Choose Forgiveness: Based on God’s Word, by an act of your will, in faith, choose to forgive yourself.

Please notice that feelings aren't mentioned anywhere in these steps. Each one is a choice based on truth, not emotions. Stop replaying in your mind the old recording of your sin, which stirs up guilt, but instead replay the truths of Scripture. Freedom from the prison of guilt and regret is only a choice away. Jesus came to set the captives free (Luke 4:18). As you take hold of His forgiveness and release your guilt, you’ll walk out of that jail of self-condemnation into the joy of abundant life.

Walking in the Power of the Spirit
Dr. Ken Boa