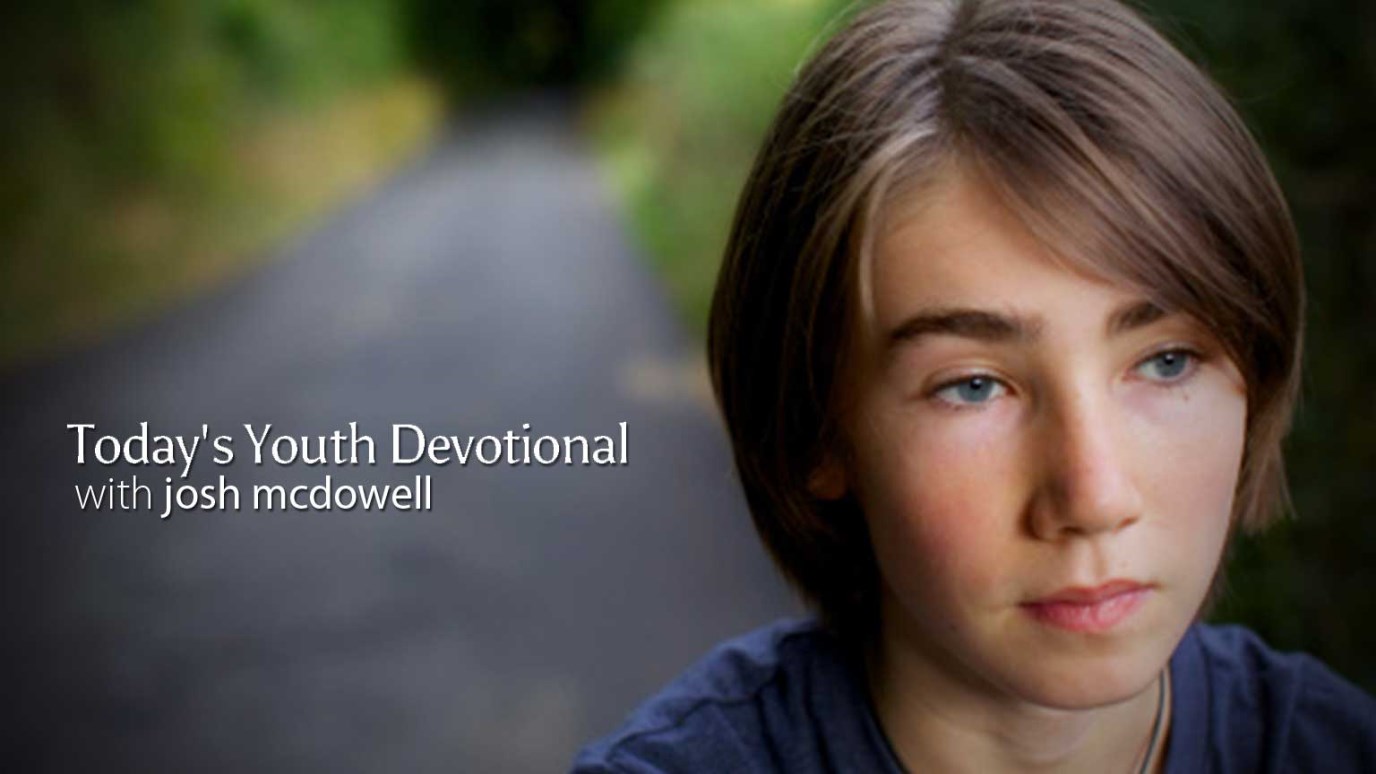 Feeling bad about sins is normal, but do you let bad feelings cloud the fact of your forgiveness?

Josh, I’m writing to you because I’m alone and confused. I had sex with my boyfriend, thinking I owed it to him. About four months later I learned I was pregnant. Jeff left me, and my parents still don’t know. About a month ago I became a Chris­tian. But I have been feeling so guilty. How can God love me after what I have done? I feel that my life is not worth living anymore. I cry myself to sleep every night. Can God really love me and forgive me? Please write back.

Kaila is confused, with no idea how to resolve some huge issues. She’s also clueless, with no idea of her immense value to God. The truth is that Jesus came into her world to die for her sins...all of them, including the wrong sexual relationship that left her pregnant. Yet Kaila thinks her sin is too enormous for God’s love to cover, like a check that has bounced because of insufficient funds. Truth is, she can’t empty God’s account of forgiveness. Every sin we confess, he forgives. And that’s what I told Kaila in my letter back to her.

If you want to gauge the grand size of God’s forgiveness, look at King Manasseh, one of Judah’s most wicked kings. Manasseh turned his back on God, worshiped false gods, and plunged the people into idolatry (see 2 Chronicles 33:1-9). When the Assyrians captured the nation of Judah, Manasseh humbled himself before God and prayed (verses 12-13). Despite Manasseh’s evil past, God forgave him. The king no doubt returned home seeing himself worthy of being forgiven.

If God was able to forgive Manasseh’s staggering sins, Kaila can surely count on God’s ability to forgive the wrongs she has done.

Maybe you see yourself as being way beyond forgiveness. But what matters is how God sees you. King David sinned greatly. But he knew he was never beyond forgiveness. He wrote, “[The Lord] does not treat us as our sins deserve or repay us ac­cording to our iniquities. For as high as the heavens are above the earth, so great is his love for those who fear him; as far as the east is from the west, so far has he re­moved our transgressions from us” (Psalm 103:10-12, NIV). David held on to God’s unlimited forgiveness and discovered the worthiness God saw in him.

One of the most awesome aspects of God’s forgiveness is getting free to forgive yourself. The director of a mental hospital once said that half of his patients could go home if they only knew they were forgiven. If you don’t get hold of forgiveness, you tip your whole life off kilter.

REFLECT: Feeling bad about sins is normal, but do you let bad feelings cloud the fact of your forgiveness? How are you going to grab hold of God’s forgiveness?

PRAY: Thank God today for his forgiveness-past, present, and future.

Five Shifts We Must Make, According to Harvard
Dr. Tim Elmore

Getting the Most Out of Work
Dr. Charles Stanley
Follow Us
Grow Daily with Unlimited Content
Uninterrupted Ad-Free Experience
Watch a Christian or Family Movie Every Month for Free
Early and Exclusive Access to Christian Resources
Feel the Heart of Worship with Weekly Worship Radio
Become a Member
No Thanks