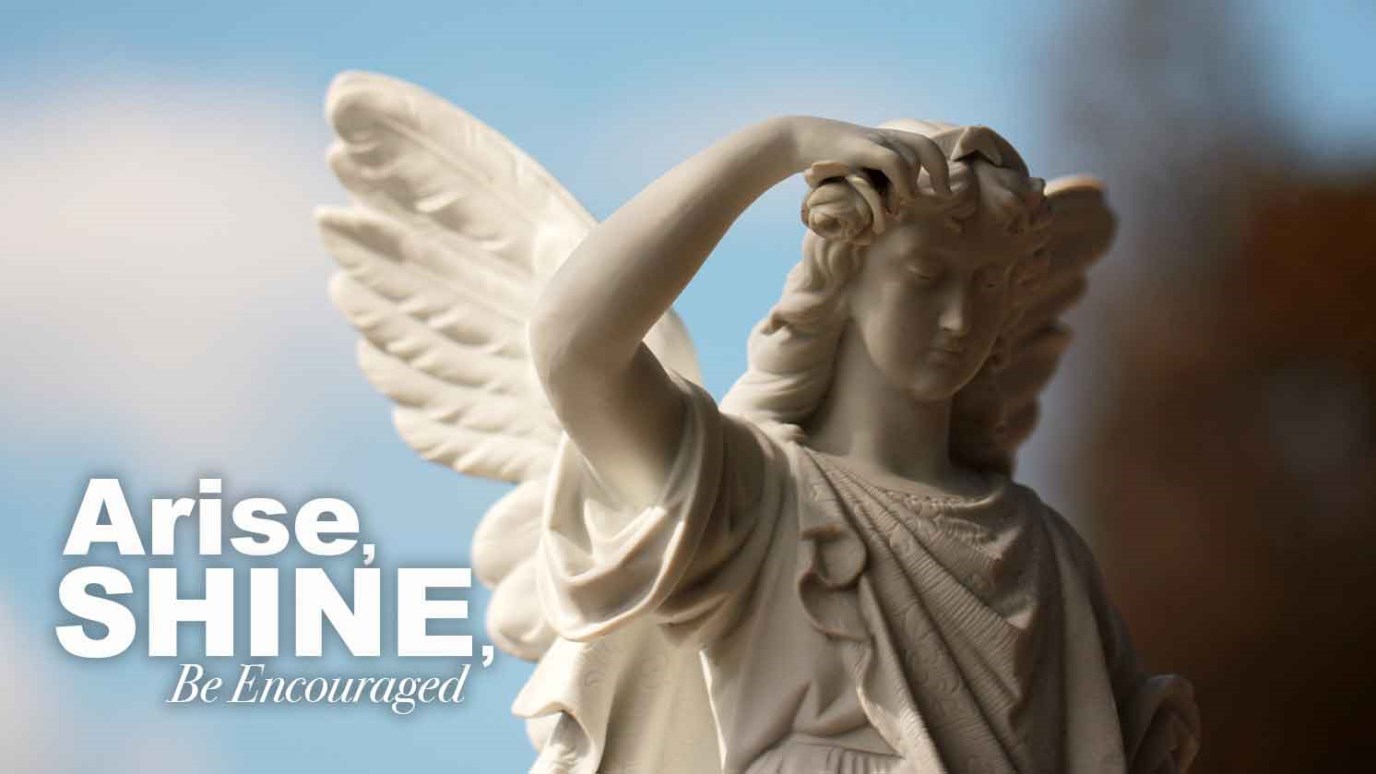 As a Christian, I’m comforted to know God has assigned angels to stand watch, guard and protect me.

“Lot didn't move right away. So the men grabbed him by the hand. They also took hold of the hands of his wife and two daughters. They led all of them safely out of the city. The LORD had mercy on them. As soon as the angels had brought them out, one of them spoke. He said, ‘Run for your lives! Don't look back! Don't stop anywhere in the valley! Run to the mountains! If you don't, you will be swept away!’”  (Genesis 19:17, NIRV)

Reading this verse, I’m reminded that man attempts to copy and imitate God. The show “Charlie’s Angels” aired from 1976 to 1981 and was one of the most successful TV series of the 1970s.  It was the story of a wealthy mystery-man (Charles Townsend) who ran a detective agency via phone through his personal assistant, John Bosley.  Charlie’s Angels were three beautiful women, all highly trained and fearless graduates of the police academy.  They never refused an assignment  ̶  confronting evil and stopping bad guys.  Somehow, they were always victorious in the end and saved the day.  While Charlie’s Angels were fictional, the angels who rescued Lot and his family were very real.

As a Christian, I’m comforted to know God has assigned angels to stand watch, guard and protect me.  Scripture tells us angels will minister to us in times of need (Hebrews 1:14). Angels are part of Heaven’s Personal Security and Protection Unit.  Like Charlie, God is invisible, but I know He is there.  God always knows when I’m in trouble and need His help.  Like Charlie, God does not ask for payment for His angel’s assistance.  I praise God that, like Charlie’s Angels, our heavenly angels always win, overcome evil, and defeat Satan’s forces of darkness.  In 2010, Karen and I were saved from injury and potential death in a car accident, because we prayed.  Our heavenly angels intervened.  In the moment, we both cried out to Jesus for help and our angels showed up and saved us.

Father, thank You for Your love and covenant protection. Just as Your angels ministered to Jesus in the wilderness after His confrontation with Satan, I know that Your angels stand watch over me.  They protect me from evil and are at work for me every day. Through the blood of Jesus and in the name of Jesus I pray, amen.

What Are Your Communication Goals?
Gary L. Selman
Follow Us
Grow Daily with Unlimited Content
Uninterrupted Ad-Free Experience
Watch a Christian or Family Movie Every Month for Free
Early and Exclusive Access to Christian Resources
Feel the Heart of Worship with Weekly Worship Radio
Become a Member
No Thanks