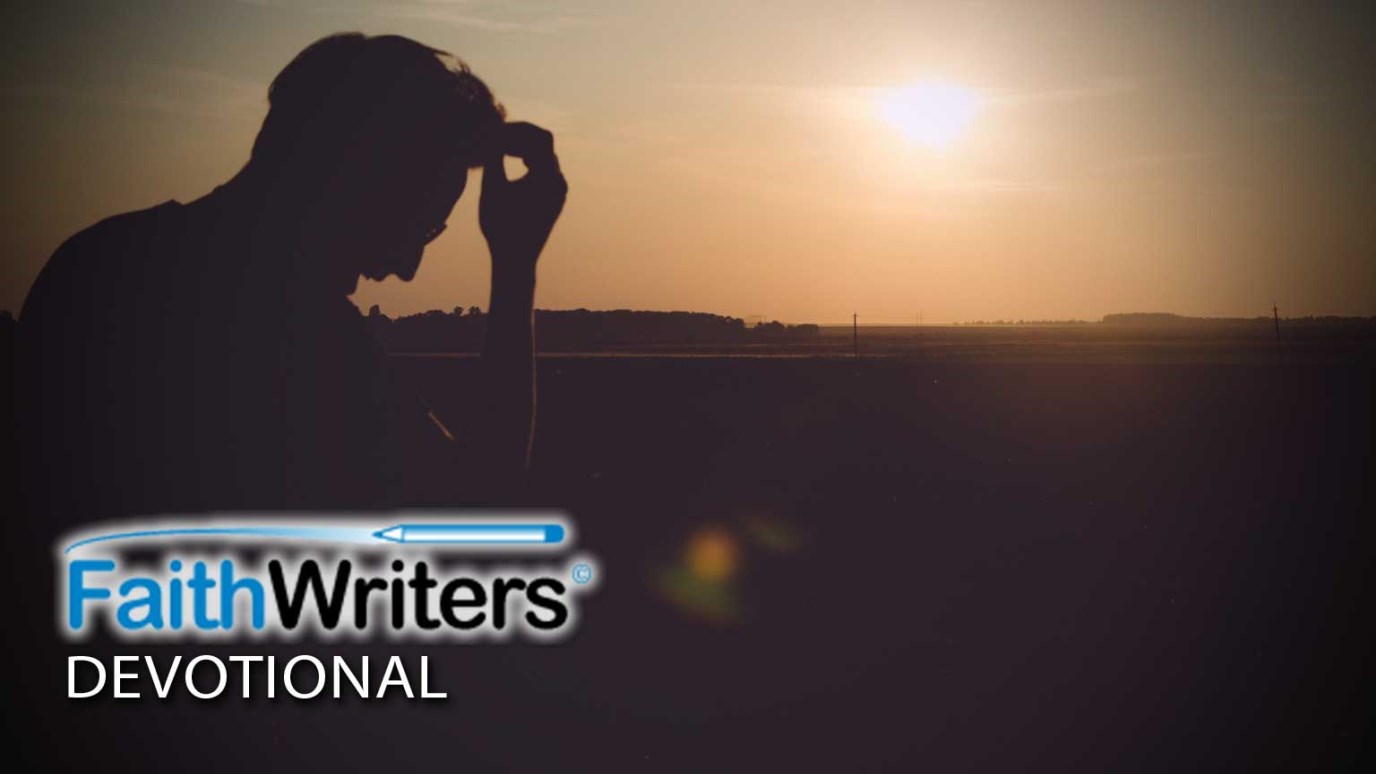 It is when we are in our weakest state that Christ will knock. Let Him in.

When he heard this, Jesus said, "This sickness will not end in death. No, it is for God's glory so that God's Son may be glorified through it." (John 11:14 ESV)

Although my faith in God has saved my life, as well as my soul, there are times when evil attempts to invade my peace. It speaks in a loud and urgent voice that I have sinned so much in the past that no deity alive could forgive me. It twists my truth and nags at my conscience until I drop to my knees in prayer. That's what I do. I go to the only power that can overcome evil's meddling.

Christ didn't save my life to be unable forgive me. He didn't save my wretched soul while believing I was beyond redemption. He didn't even bring on the cancer to punish for any wrongdoings I have committed. I believe just the opposite occurred. Had I not gotten cancer, I am convinced I wouldn't be alive today, and by not knowing Christ, I would be in Hell. The anger and resentment I carried was killing me a lot faster than any tumor ever could. God knew that unless I was rendered totally helpless, I would die without ever being saved. It is when we are in our weakest state that Christ will knock. Let Him in.

The doctors that came up with the prognosis that I would only live a few months were wrong. That was five years ago. Instead of letting me die, He made me one of His writers. Here I am today, writing for His Glory.

Fighting the Law of Attrition
K.P. Yohannan
Walking Through Samaria with Suzy Sammons
Walking Through Samaria
Follow Us
Grow Daily with Unlimited Content
Uninterrupted Ad-Free Experience
Watch a Christian or Family Movie Every Month for Free
Early and Exclusive Access to Christian Resources
Feel the Heart of Worship with Weekly Worship Radio
Become a Member
No Thanks