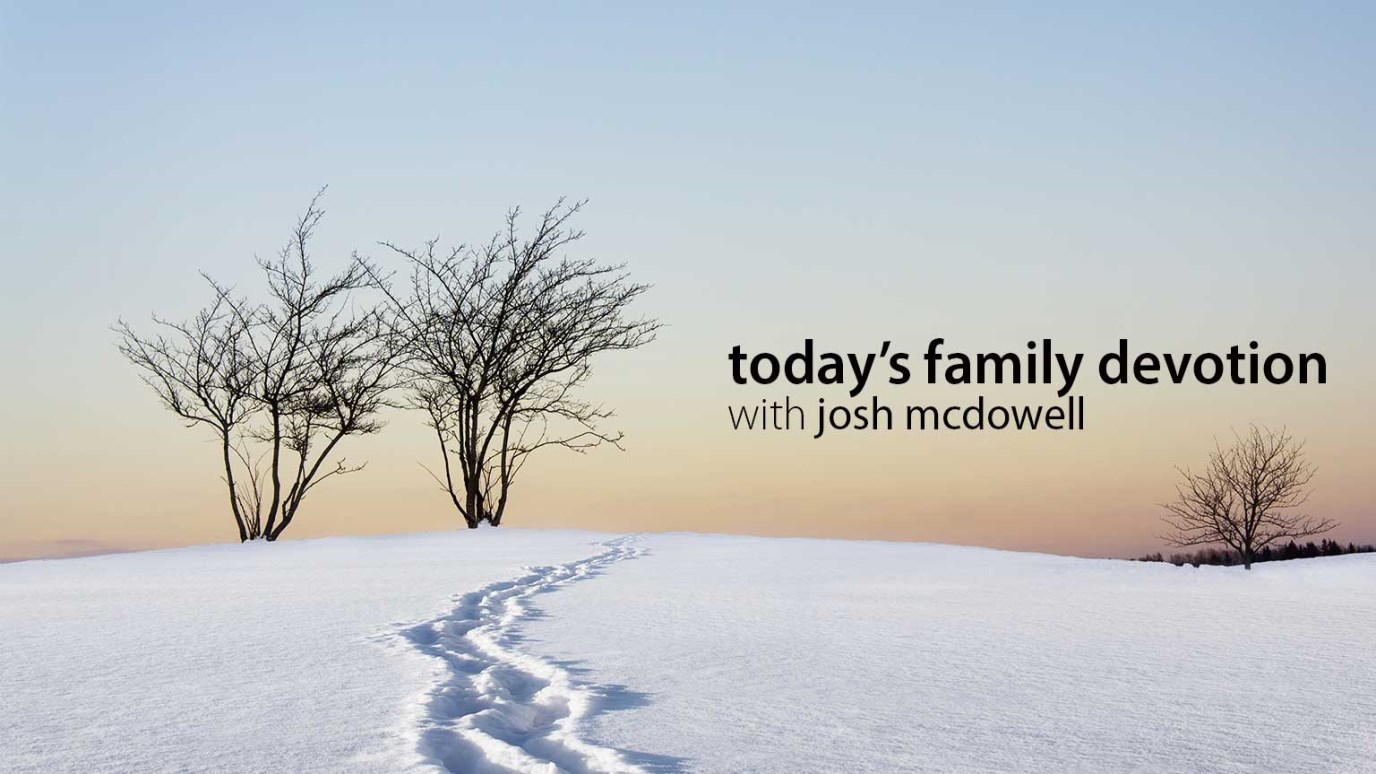 To walk in Jesus' footsteps is to walk according to His Word.

It was the first big snowstorm of the year. Grandpa put on his coat to go outside. “Where are you going, Grandpa?” Sherrie asked.

Grandpa zipped the coat and pulled a wool cap over his ears. “I’m going out to the woodpile to get some wood for the stove,” he said.

“Can I come?” Sherrie asked.

Grandpa seemed to think for a moment, then answered, “I reckon you can, little lady. I could use an extra pair of hands.”

A few moments later, Sherrie wore a coat, hat, and boots just like her grandfather. Grandpa opened the side door of the house and stepped into the deep snow. He took a few steps, then turned around. Sherrie was still waiting just outside the door.

“The snow is too deep, Grandpa,” she called.

Sherrie studied the path Grandpa had made through the snow and bravely put her foot into the first footprint he had left. Then she put her other foot in the next footprint and had soon caught up with Grandpa as she walked in his footsteps. It became a sort of game to her as she stayed a few steps behind him to and from the woodpile.

Later that night, as the family gathered around the fireplace, Grandpa told the others how Sherrie had helped him that afternoon. Then he read from the Bible about following in the footsteps of Jesus.

“Jesus has shown us the way,” he said afterward. “He has left his footprints in the snow for us, just as I did for Sherrie. If we follow in his footsteps, we can be sure we’re going the right way, because the Bible says that Jesus ‘did no sin, neither was guile found in his mouth.’ If we follow in his steps, we’ll never have to wander around, wondering what’s right and what’s wrong. We’ll know what’s right or wrong, because we know that to be like Jesus is to be right.”

Sherrie climbed into her grandfather’s lap. “Grandpa,” she asked, “did you know Jesus when he was on earth?”

Grandpa joined the others in laughter. “No, little lady,” he answered. “I have known him for many years, but I’m not quite that old!”

TO DISCUSS: What does it mean to “follow in Jesus’ footsteps”? What are some practical ways to do this?

TO PRAY: “God, thank you for sending Jesus to live and die for our sake. Help us to follow his example and to be more and more like him every day in every choice we make.”

Six Benefits to Ripping Up the Rulebook
Dr. Tim Elmore