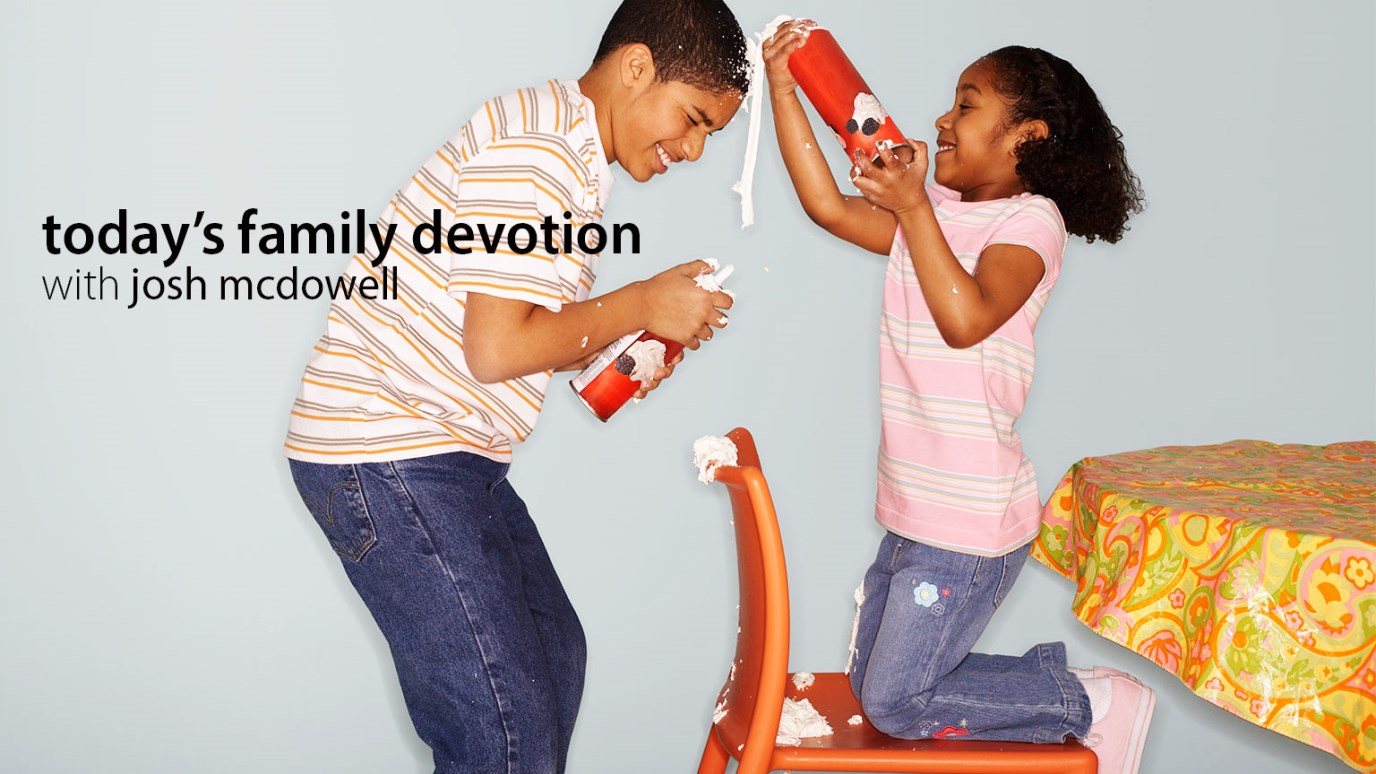 How does obeying God’s command to treat others fairly protect and provide for us?

TREATING OTHERS FAIRLY INVITES THE PROTECTION AND PROVISION THAT COMES FROM OBEYING GOD.

Verse of the Day: “For the Lord is righteous, and he loves justice. Those who do what is right will see his face” (Psalm 11:7).

“Food fight!” Ray scooped up a handful of mashed potatoes and heaved it across the table at B. J., who responded by flinging his milk carton at Ray.

But it was too late. A full-fledged food fight had erupted, and everyone at the table, except Aaron, was soon involved. Peas, pudding, chicken nuggets, and pizza slices flew across the table, into hair, onto clothes, and on innocent bystanders.

As quickly as it had begun, it ended. Mr. Sawyer appeared—seemingly out of nowhere—and clamped a hand on Ray’s shoulder and B. J.’s shoulder. The lunchroom monitor’s booming voice halted the food fight and froze everyone at the table.

“You’re all in big trouble,” Mr. Sawyer said. “You’re going to clean this mess up, and then you’re all coming with me to the principal’s office.” Ray, B. J., Aaron, and their other friends at the table silently cleaned up the mess they had made. When they were finished, Mr. Sawyer marched them all to the office.

“Mr. Sawyer,” Ray said as they approached the principal’s office. “Aaron shouldn’t get in trouble with the rest of us.”

“He had nothing to do with the food fight,” he said.

“He tried to stop it,” Ray insisted, ignoring Aaron.

Mr. Sawyer looked from Ray to Aaron, then scanned the faces of the other boys. “Is this true?” he asked. The boys all nodded.

Aaron turned to go, and the other boys followed Mr. Sawyer into the principal’s office. Ray and several of the others returned to class later. As Ray took his seat at the desk next to Aaron’s desk, Aaron leaned over and whispered, “Thanks.”

Ray hesitated. Finally, he said, “Remember in baseball when Coach kept getting us confused, and he kept trying to give you credit for something I did? You’d always say, ‘No, Coach, that was Ray.’ You were fair with me. I wanted to be fair with you.”

Aaron smiled. Without even realizing he was doing it, he breathed a quick prayer. Thank you, God, for keeping me out of trouble.

TO DISCUSS: How did God keep Aaron out of trouble? How did obeying God’s command to treat others fairly protect and provide for Aaron? How can you enjoy God’s protection and provision?

TO PRAY: “Lord, we need the provision and protection that your Word provides. Help us to stay out of trouble by obeying your commands.”