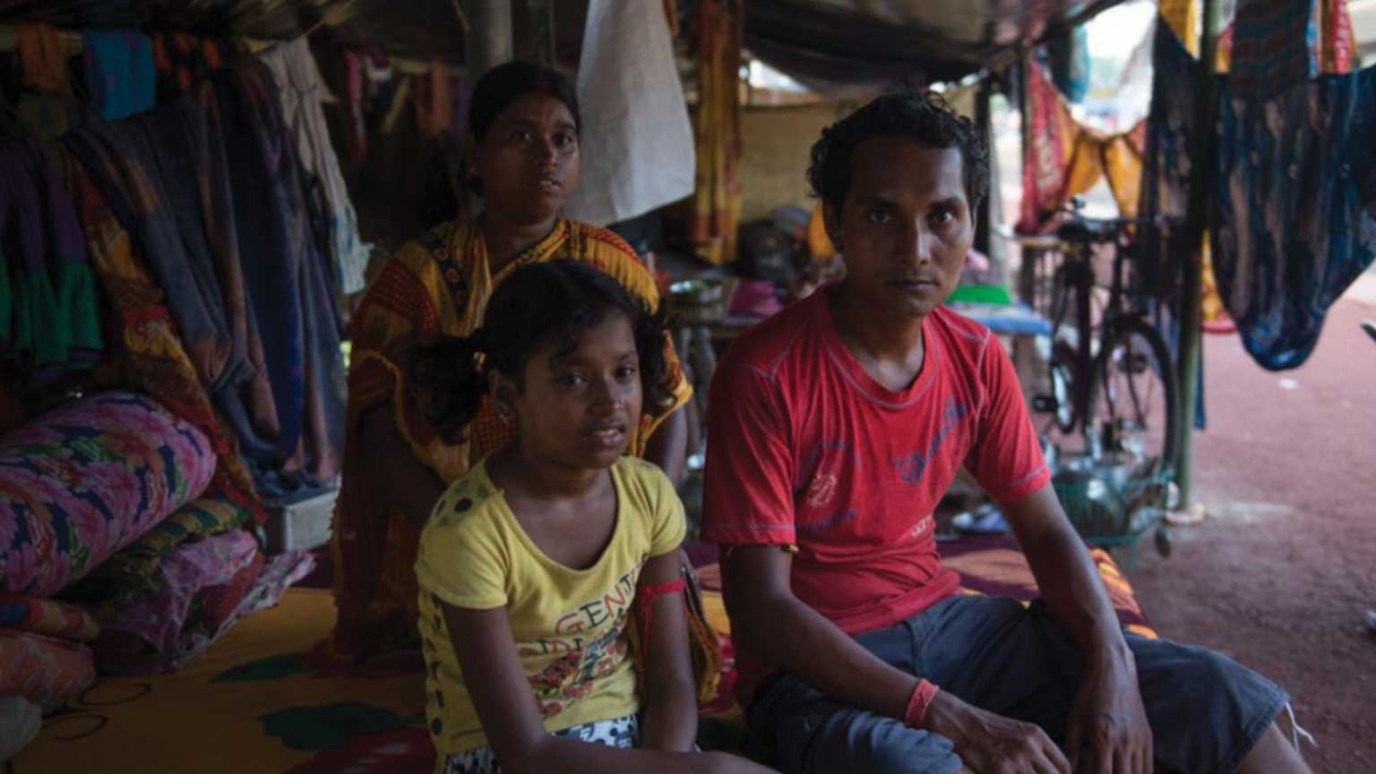 Pradeep Dhar, 36, and his family stay in a makeshift tent alongside the railway tracks in his village in West Bengal, India. “We have been living in the railway station for the past seven days now as our village is inundated,” he says.

Monsoon rains have come this year with special ferocity, causing death and extreme flooding in Myanmar, India, Bangladesh, and Pakistan in the aftermath of Cyclone Komen.

Hundreds have died dead as flooding and landslides impacted communities. Millions are displaced or made homeless by the cyclone and extreme flooding.

Gracious Lord, we lift to You people who are in the throes of grief. Some are overwhelmed by sorrow over the loss of loved ones. Others have seen the waters strip away every possession along with their homes. Bring peace to their hearts, comfort in sorrow, and courage to face tomorrow.

A very real danger for children in these circumstances is their vulnerability to illness. Floodwaters are often contaminated by sewage and pollutants, which exposes babies and toddlers to dangerous diarrhea and older children to waterborne disease. Malaria and other mosquito-carried illnesses also flourish where standing water collects.

Heavenly Father, we ask You to protect and guard children who are vulnerable to illness right now. Bring healing to those who have already fallen sick. Let medicines, medical supplies, and clean water, sanitation, and hygiene aid arrive quickly so communities can protect their children’s health.

Our staff are asking for you to pray for them and other aid workers. “This disaster has affected multiple locations, and we are in need of your prayers at this time. We are deeply conscious that all our efforts and competencies are in vain if we do not seek God's grace and your prayers as you partner with us,” says Dr. Jayakumar Christian, national director of World Vision in India.

Merciful Lord, we ask You to lead and sustain aid workers in these days of tireless activity in sometimes dangerous circumstances. Grant them stamina and strength for each day. Give them presence of mind to respond to every situation they encounter. Let their plans to help vulnerable children and families succeed.