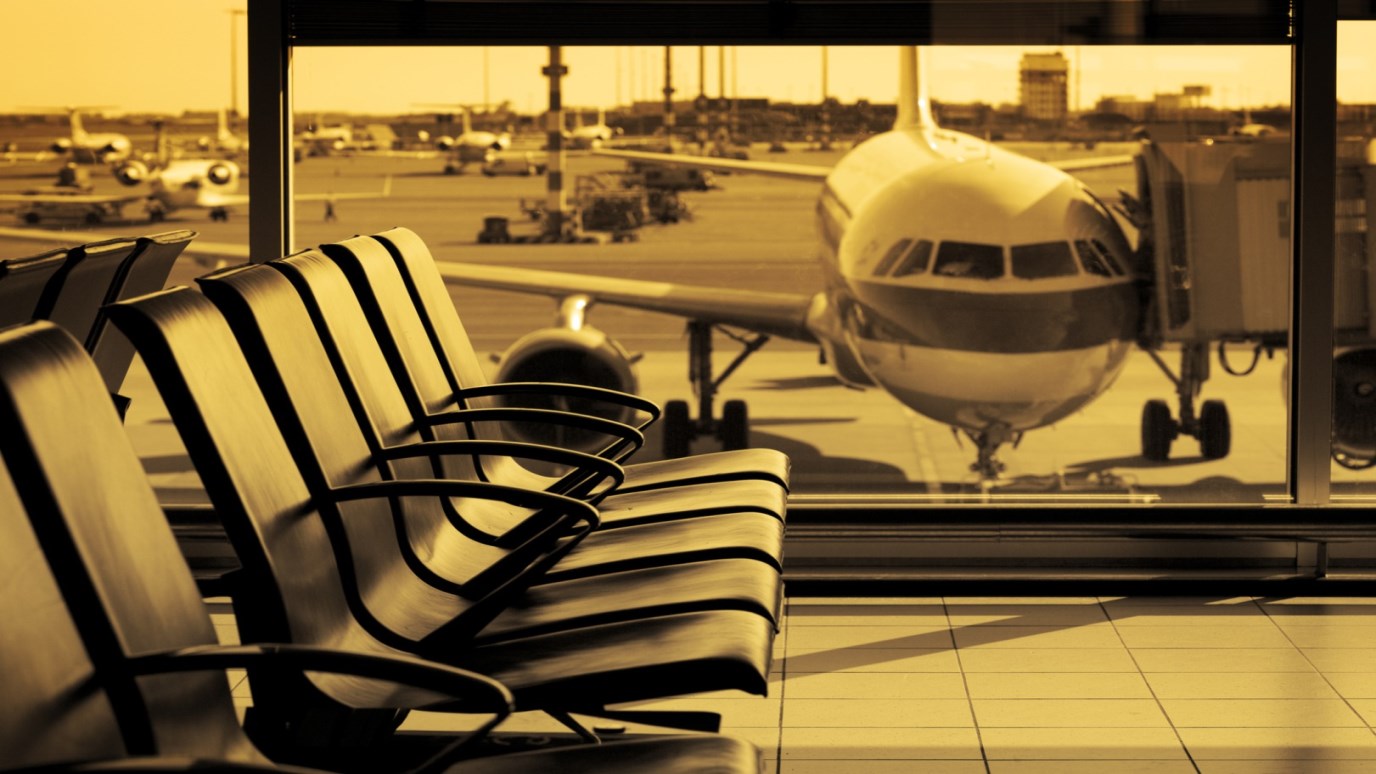 Living with expectations is difficult and often disappointing, but we all have them. When things don't go as we'd hoped, we need to learn to adjust and use setbacks as a learning experience.

This past week, my days were full of travel on airplanes. I actually love traveling, except for weeks like this one. Between bad weather and broken airplanes, three flights were delayed—which prevented me from making some meetings. Ugh. After years of this, you’d think I’d be a patient person by now… but alas, I’m not. Despite my efforts running through airports, I was at the mercy of flight delays.

This scene is another picture of life, especially when we are living in seasons of transition. I love sharing this new Habitude with first year students, new athletes on a team, employees in their first month on the job… you get the idea. We all begin new ventures with certain expectations. Often, we’re excited about our new chapter. We anticipate. Inevitably, though, something will happen that we didn’t expect. Our journey is delayed. We have to wait. People are vague and can’t tell us what’s going on. We get stuck. Maybe it was a class we tried to register for that suddenly closed. Maybe it was the hope of making a team, or a sorority or a fraternity. Perhaps it was a teacher we’d hoped to get, but didn’t. It might be an internship we applied for, or a job opening or promotion we felt we deserved. It could be a relationship that suddenly evaporated or an opportunity that fell through. Somehow, the best-laid plans can fail. Life shifts. We find that we’re not in control.

It’s been said a thousand times, and I believe it’s true: Life is pretty much about managing expectations. The people who are well-adjusted and happiest are not without expectations, but they are people who are adaptable. Like a good sailor, they’ve learned to adjust the sails with the winds, so they can still get to the destination they’ve targeted.

We must strike a balance. Tonya Hurley wrote, “If you expect nothing, you can never be disappointed. Apart from a few starry-eyed poets or monks living on a mountain top somewhere, however, we all have expectations. We not only have them, we need them. They fuel our dreams, our hopes, and our lives like some super-caffeinated energy drink.” The best solution, then, is to learn adaptability—to be like a tree that can bend with the wind in a storm. We must balance how we possess expectations, but also realize that a wonderful gift may not be wrapped as we expect.

Decades ago, two young men contracted a disease that was terrifying at the time: polio. Before the polio vaccine, it was one of the most deadly and disabling illnesses in America. These guys were friends… and now had something new in common. Once they got the disease, however, their lives took two different directions. The first man became very depressed by his diagnosis. It was understandable. He would have to spend his life in a wheelchair, unable to do the things most guys love to do—play sports, enjoy work, spend time with females, and eventually have a normal family. Over time he grew bitter and slipped into a self-absorbed life. The second young man, however, decided not to grow resentful over his condition. He had chosen to go into public service and felt that maybe, just maybe, his condition could help him relate to those less fortunate than him. He remained involved in his community and later was elected to public office. You’ve likely never heard of the first man. You do know the second one: President Franklin D. Roosevelt.