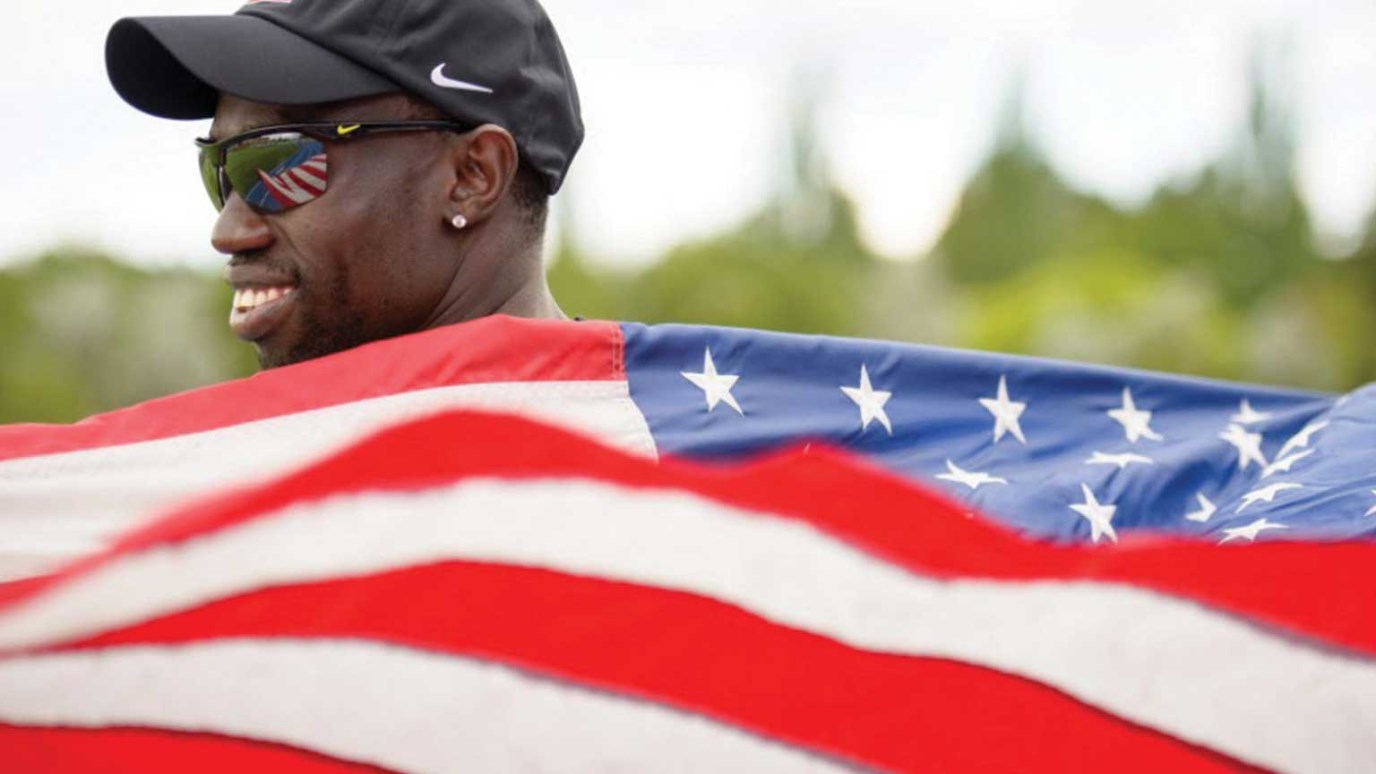 Lopez Lomong, Olympic 5,000-meter runner for Team USA, is one of the Lost Boys of Sudan.

Runner Lopez Lomong holds a U.S. flag during training in Flagstaff, Ariz., ahead of the 2012 Summer Olympics in London. He was the ceremonial flagbearer in the 2008 Olympics.

A U.S. citizen since 2007, Lopez remains deeply concerned for the plight of children in his homeland, which gained its independence in 2011 and by 2013 was embroiled in ethnic conflict.

Lopez and his charitable foundation partner with World Vision to improve the lives of children in South Sudan.