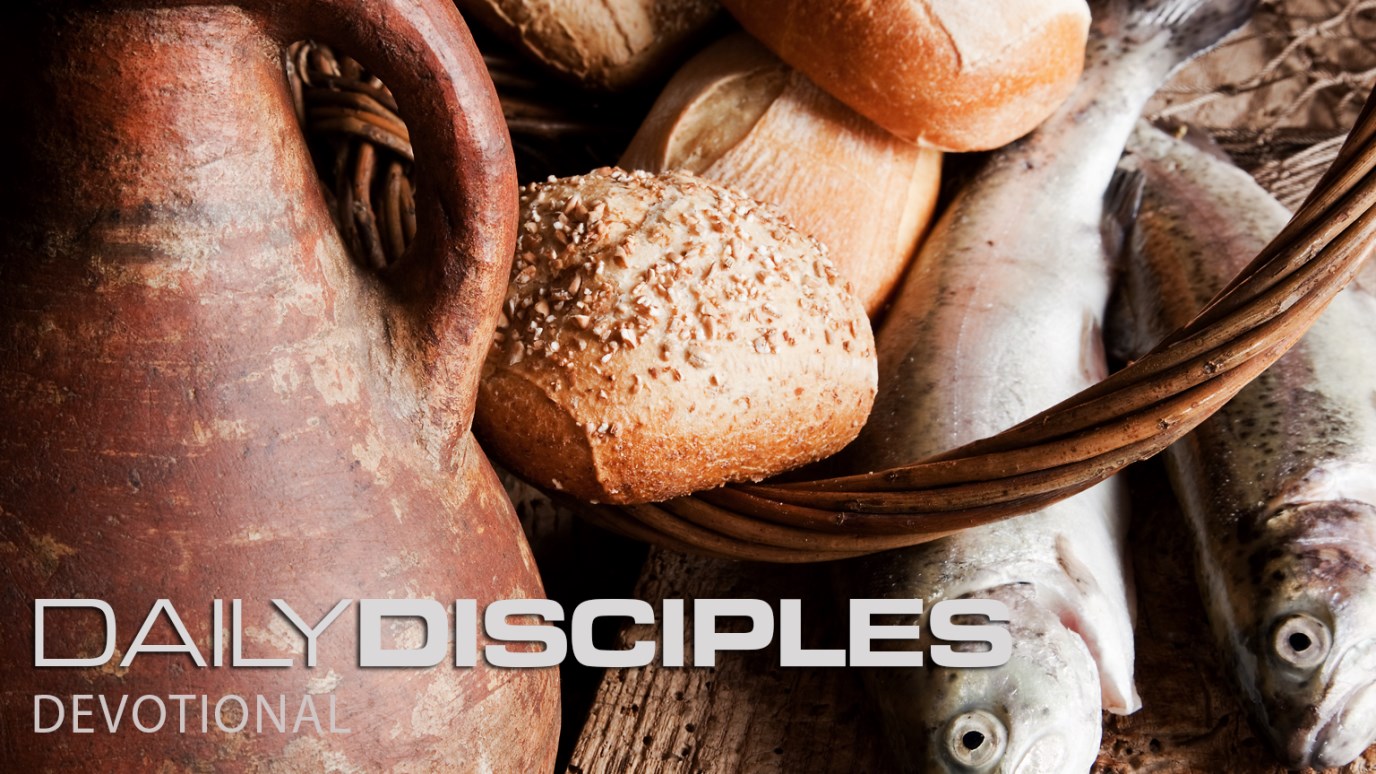 Jesus takes what appears insufficient and works miracles in ways that we cannot. It is not up to us to make things work; it is up to Him.

Then He took the five loaves and the two fish, and looking up to heaven, He blessed and broke them, and gave them to the disciples to set before the multitude. Luke 9:16

One day I was walking my dog and as I looked down at the ground, I saw a nickel and two pennies. At that moment, all I could think about was five and two. I picked them up and walked home. That evening, as I opened my daily Bible, the verses recounted the story of Jesus feeding the five thousand—with five loaves and two fish. I knew at that point that the Lord had a message for me personally, but what exactly was He saying? The numbers five and two kept coming to my mind.

Just recently, I was reading this same story, and once again the numbers five and two jumped out. At lunch on that same day, someone left a nickel and two pennies on the soda machine. Okay, Lord, what does this mean? Well, the message began to unfold in my heart and mind as I continued to mediate on the Word of God. The disciples gave Jesus all that they had, which was not enough; two fish and five loaves could not feed five thousand men. But, Jesus took what they had and did three things with it. He looked up to heaven and blessed it; He broke it; and He gave it back to the disciples to hand out. The men did nothing with the fish and the bread but handed them to Jesus. Jesus performed the miracle. Not only did they have enough to eat, but also they had twelve baskets left over—one for each disciple.

The nickel and the pennies reminded me that Jesus takes what seems so insufficient and works miracles in ways that I cannot. It is not up to me to make things work; it is up to Him. When I have less than enough, then He has an opportunity to be more than enough. When I hand things over to Him, He blesses, breaks and then hands back, in abundance. Isn't it interesting that when He broke the bread, it multiplied. We need to remember that sometimes when things seem to be breaking, maybe that is because Jesus is trying to bless and multiply His provisions for us. Ask the Lord today to help you see His provisions and may He bless you in abundance to meet your needs and desires.