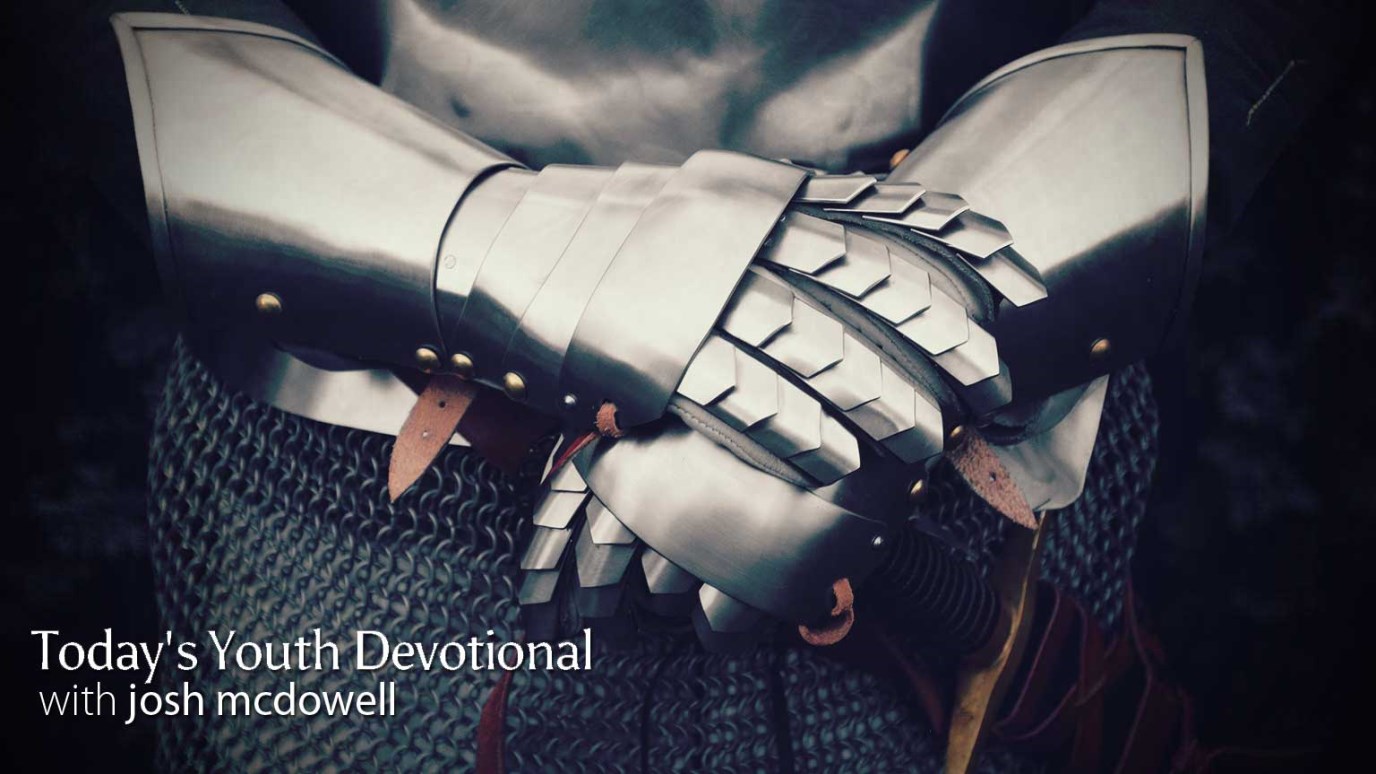 God’s commands are not designed to cramp your style or spoil your fun; they’re intended to be like a suit of armor to protect you from harm.

Put on all of God’s armor so that you will be able to stand firm against all strategies and tricks of the Devil. Ephesians 6:11

Picture two knights sitting on sparkling white horses. They face a gleaming castle surrounded by mammoth stone walls, which in turn are circled by a wide moat. Archers line the battlements, awaiting the signal to launch their deadly arrows at the pair below.

The first knight wears a shining suit of armor. A heavy helmet protects his head. His body is encased in a massive iron suit; his arms and legs are enclosed by hinged pieces of metal. His armor is completed by heavy “boots” and rigid “gloves.”

The second knight sits astride his charger like the first knight, but the only metal he’s wearing are the braces on his teeth. A backward baseball hat and sunglasses protect his head from the glare of the sun. His shirt bears a picture of Ren and Stimpy. A pair of shorts, socks, and Reebok shoes complete his attire.

The first knight looks at the second. He says, “We shall charge yon castle on my signal and bring honor to our families this fair day.” He raises the broadsword he holds in his right hand and points it in the direction of the castle.

“OK, dude,” the second knight says as he lifts a baseball bat. “Whatever!”

Which knight would you rather be? The first knight is rather confined, of course—it gets stuffy and sweaty inside his unwieldy suit, and it’s hard to scratch your back or wipe your nose. The second knight is totally free of such restrictive dress. He’s got it made, right? Wrong! The first knight may feel restricted by his armor, but he wears it for his own good. The second knight may be more comfortable, more “free,” but he’s unprotected.

God’s commands are not designed to cramp your style or spoil your fun; they’re intended—like a suit of armor—to protect you from harm.