First in Line - A Family Devotional 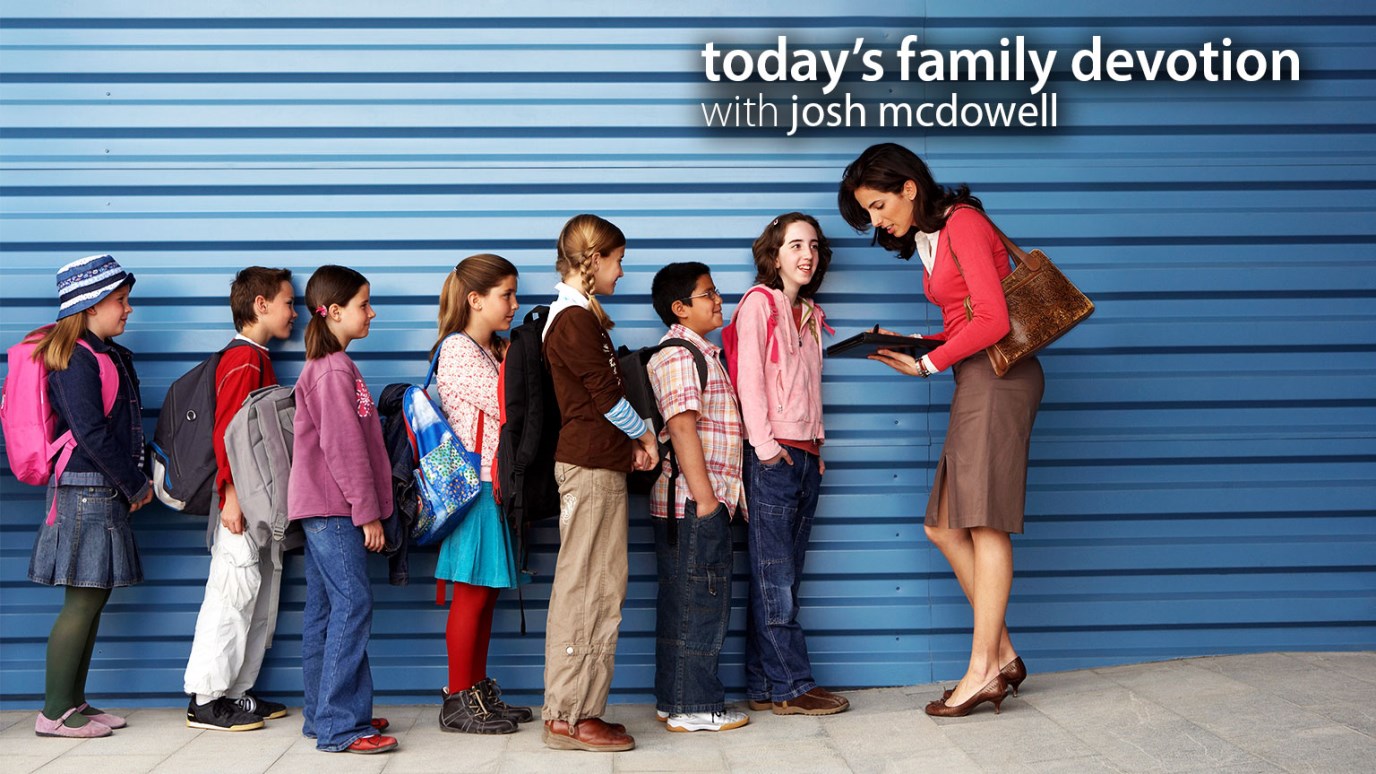 Let's pray that we'll always put God's desires above our own.

GOD COMMANDS US TO TREAT OTHERS FAIRLY.

“I am!” Troy said, shoving Shawna out of his way.

Shawna grunted and shoved back but was immediately restrained by Brenda, their Bible school teacher.

“He took my place in line!” Shawna protested. “Did not!” Troy said. “Did too!” Shawna said.

“Stop it, both of you,” Brenda said. “You’re supposed to be waiting in single file. We can’t go to the playground until everybody’s in line.”

“But I got in line first!” Shawna said.

Brenda placed one hand on Troy’s shoulder and the other on Shawna’s shoulder. “One of you is not being fair, because taking turns and waiting for your turn in line is a part of being fair with other people. If you get in line ahead of another person, you’re not being fair, and that’s wrong.”

Troy looked at Shawna, but Shawna stared at the tiles on the floor beneath her feet.

“Now, I don’t know which one of you really was first, but do you think it’s fair for the whole class to wait to go out on the playground while you two argue about who was first?”

“So,” Brenda continued, “if you two can’t work this out quickly, I’m going to have to make you continue this discussion at the back of the line so the rest of the class doesn’t have to wait for you.”

Troy looked at Shawna again, but she wouldn’t meet his gaze.

“No, wait,” Shawna answered. “Troy was first. He should go first.”

Brenda nodded with satisfaction. “Thank you, Shawna. That’s only fair, isn’t it?” She looked at the line, where the rest of the class waited in single file. “Troy, you may lead the way to the playground now. Everybody walk, don’t run!”

TO PRAY: “Lord, sometimes we want our own way. We want to be first. Help us to put your desires above our own.”