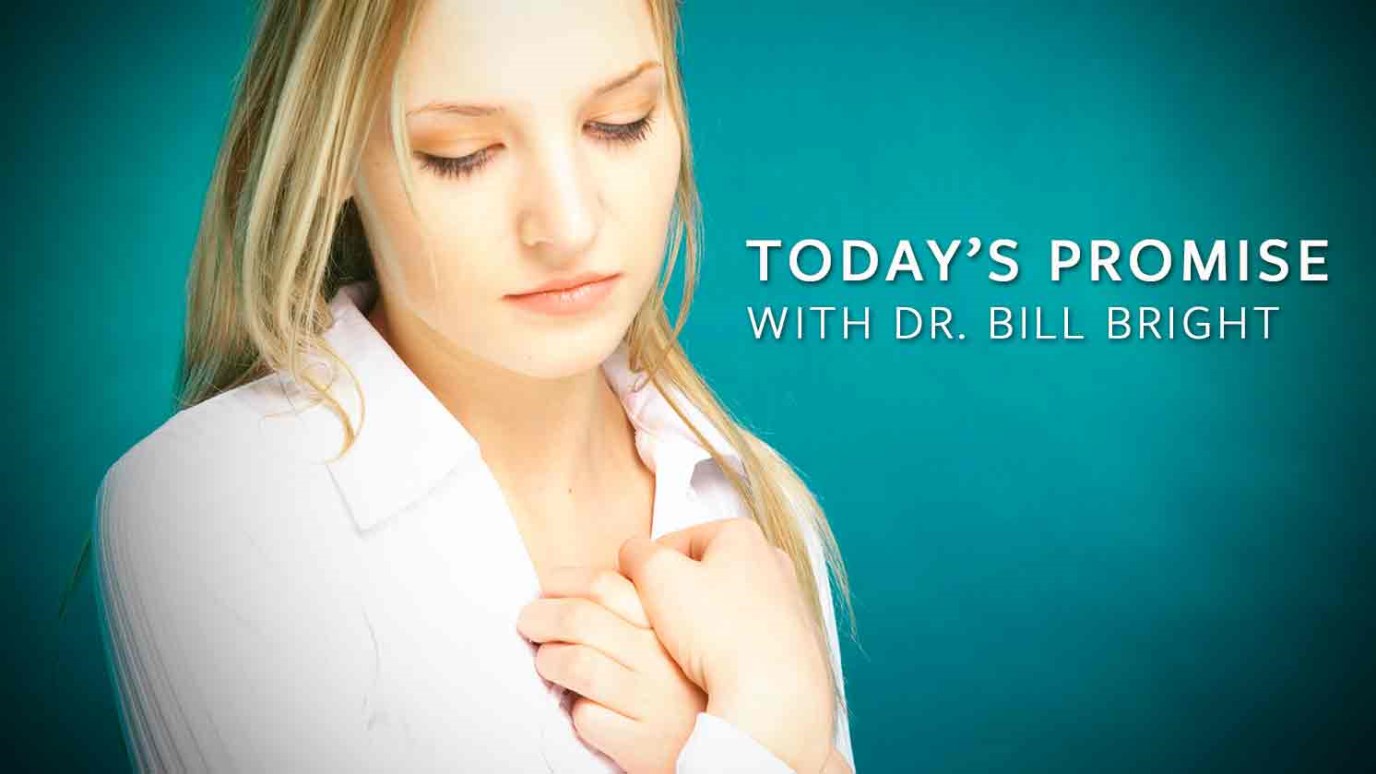 Dr. Bill Bright shares a powerful story of a moment when he witnessed to a woman who was weighted down with guilt and sin.

"He personally carried the load of our sins in His own body when He died on the cross, so that we can be finished with sin and live a good life from now on. For his wounds have healed ours!" (1 Peter 2:24).

Following one of my messages a young woman in her early 20's asked for counsel. She was weighted down with her guilt and sin. In fact, she was so distraught that she would not look me in the eye. All the while I was counseling her she was under such deep conviction that all I could see was the top of her head.

I asked, "Do you believe that Jesus Christ is the Son of God?" She nodded in the affirmative. "Do you believe that He died on the cross for your sins?" Again she responded affirmatively. "Would you like to invite Him into your life and ask Him to cleanse you with His precious blood, which He shed on the cross for your sins, and make you a new creature in Christ?" Again, she nodded. Together we knelt in prayer and through her sobs she surrendered to Christ, acknowledging the wickedness and filth of a life of gross immorality. She confessed to God her disobedience of her father and mother whose hearts had been broken by her prodigal ways.

After some time on our knees it was obvious that God had touched her, had forgiven and cleansed her. The sobbing had passed and now she was at peace. The Spirit within me bore witness that she had become a new creature in Christ. As we stood to our feet, she looked at me with her eyes still glistening with tears and her face radiant with joy. She now knew the reality of our promise for today. Jesus had taken the load of her sins on His own body and she was cleansed. With His wounds He had healed her and now she could live a life for the glory of God.

Who, but Jesus, could work such a miracle? Is it any wonder that those who know Him in this way want, like apostle Paul, to tell everyone who will listen about Him? He alone can forgive our sin and liberate us from the darkness and gloom of Satan's kingdom.

TODAY'S ACTION POINT: With great joy and deep gratitude I will praise the Lord that He has taken upon Himself the load of my sin and through His death on the cross has paid the penalty which I could never have paid through my own effort. As an expression of my gratitude and through the enabling of the Holy Spirit, I commit myself to live a good life, a supernatural life that will glorify my God and Savior.

A Glorious Day
The 315 Project

The Master Designer
The 315 Project

He Keeps His Promises
Dr. Bill Bright
Follow Us
Grow Daily with Unlimited Content
Uninterrupted Ad-Free Experience
Watch a Christian or Family Movie Every Month for Free
Early and Exclusive Access to Christian Resources
Feel the Heart of Worship with Weekly Worship Radio
Become a Member
No Thanks