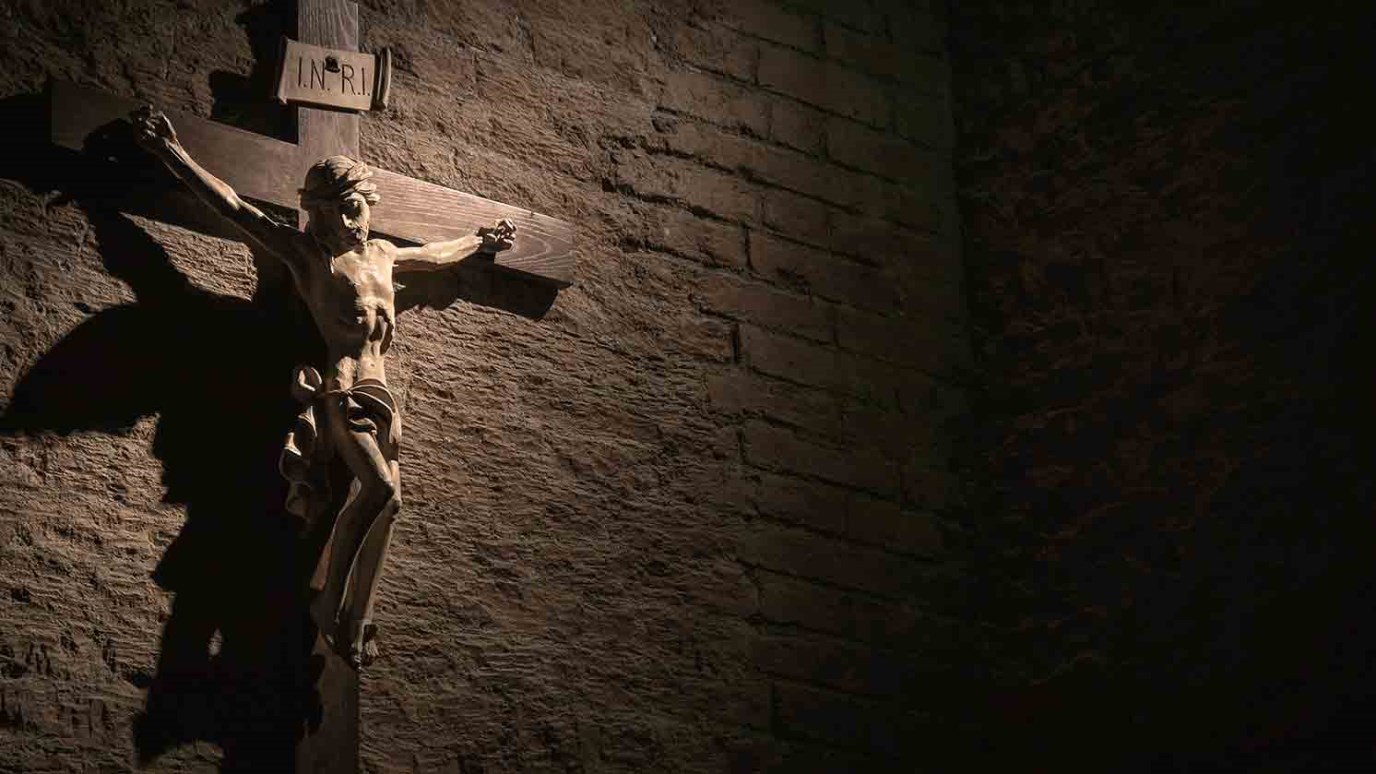 So as the Servant, Jesus Christ fulfilled the wishes of His Master. As the Priest, He offered Himself as the perfect sacrifice. As the Artist, He completed the picture. And He paid off our debt in full.

On the cross Jesus said, "It is finished" (John 19:30). Those three words in English are the translation of a single word in Greek, tetelestai, which means to complete, to bring to an end, to accomplish, or to perfect. To get the depth of the meaning, and how fitting it was for Jesus to say it, consider four different groups that used it.

It was a term used by servants. In ancient times, when a servant accomplished a task assigned by his master, he would announce, "Tetelestai." In other words, "Master, I've done the job you gave me to do." Jesus said, "For even the Son of Man did not come to be served, but to serve, and to give His life a ransom for many" (Mark 10:45).

It was a term used by priests. When a lamb was brought for sacrifice at the temple, the priest would examine it. If he found no flaws, he would say the Aramaic or Hebrew equivalent of the Greek "tetelestai," meaning, "It's perfect; it's suitable for sacrifice." Peter said we are redeemed "with the precious blood of Christ, as of a lamb without blemish and without spot" (1 Peter 1:19).

It was a term used by artists. When an artist completed a painting or sculpture, he would step back and say, "Tetelestai," meaning, "The picture is complete." In the Old Testament we find lots of details, prophecies, ceremonies, etc., but something's missing; the picture is not complete. Jesus said, "Do not think that I came to destroy the Law or the Prophets. I did not come to destroy but to fulfill" (Matthew 5:17). He completed the picture.

It was a term used by merchants and bankers. Once you paid off a bill or debt, the banker or merchant would give you a document that read tetelestai, meaning, "Paid in full." We are all debtors; we have sinned, and the wages of sin is death (Romans 6:23). But that insurmountable debt was paid in full when Jesus announced from the cross, "It is finished."

So as the Servant, He fulfilled the wishes of His Master. As the Priest, He offered Himself as the perfect sacrifice. As the Artist, He completed the picture. And He paid off our debt in full.

Jesus, the author and the finisher of our faith (Hebrews 12:2), said, "It is finished." Our redemption, our salvation is done. It's a finished work. You can't add to it. You can't improve upon it. And it's not a joint effort; it's not like, "Well God, you do your part and I'll do my part."

But, although it's a finished work, you may have unfinished business with God. He offers you the gift of forgiveness, of eternal life. The only thing missing is you haven't received it. So finish the business. Come to God by faith in His Son, Jesus Christ, who finished the work of salvation for you!

My God, Why Have You Forsaken Me?
Christian Fellowship Church

Our Debt Was Paid
Andrew Wommack