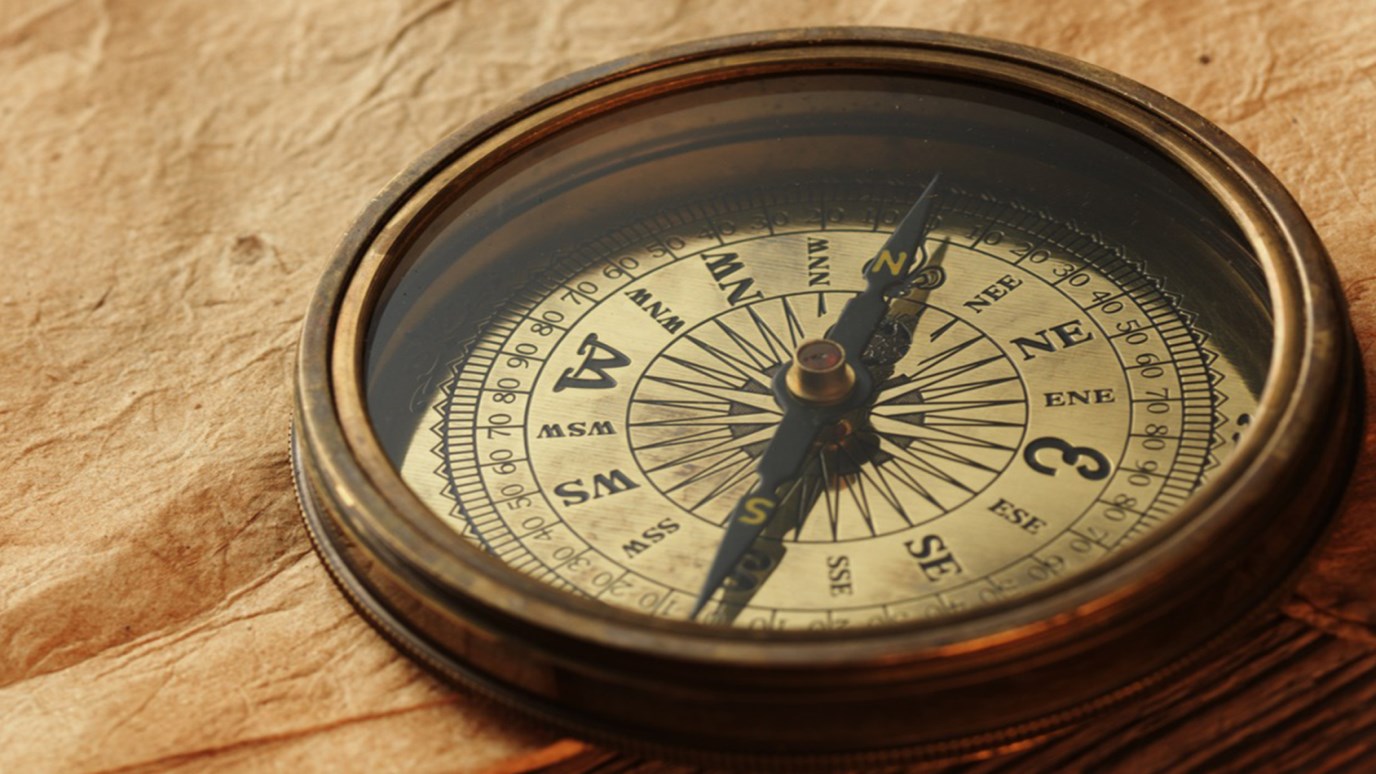 Ron Hall shares the story of a comfort-driven businessman developing an unexpected but life-changing friendship with a train-hopping drifter.

There were no books, notes, or syllabus. No essays or quizzes. The course was just raw teaching by a man named Denver Moore, who had zero degrees or honors—except those bestowed on him by fellow Angola Prison inmates. In fact, he’d never attended school for even a day.

There were no “colored” schools on the plantation in Louisiana where he’d spent his early life as a sharecropper who received no money for the work he did.

His classroom was a curb on a busy East Lancaster Street near a dumpster where he slept across from the Union Gospel Mission in downtown Fort Worth, Texas. That’s where my wife met him and first got the idea that the two of us should be friends.

I remember an early conversation with Denver just as clearly as if it happened the other day. His breath had a pungent smell of stale tobacco with a finish of canned sardines that distracted me. Pretending to scratch my beard, I moved my hand to cover my nose while my ears strained to hear his soft voice. “Is you one of them Christians?” he asked.

“Then maybe you can answer a question that puzzles most all homeless folk. Why is it that all you Christians worship one homeless man on Sunday, then turn your back on the first one you see on Monday?”

A moment passed as I sat there paralyzed, like I’d been shot with a stun gun. Finally, I said, “I don’t have an answer for that.”

“Mr. Ron,” he said. “You never know whose eyes God is watchin’ you out of. I’m tellin’ you, it ain’t gonna be your preacher or Sunday school teacher. It might just be one of them fellas sittin’ on the curb like me.” He looked hard at me. “Sometimes you successful folks can rise up so high reaching for more stuff that you miss knowing God. But you can never stoop low to help somebody and have God miss knowing you.”

Twelve years earlier, my wife Debbie had shown me Christ-like forgiveness after my bout with infidelity. Humbled by her mercy, I promised I would do anything she asked for the rest of our lives together.

Debbie and I had been Christians since 1974, and both of us had been living purpose-driven lives. Her purpose was seeking almighty God, and mine was seeking the almighty dollar. I had succeeded as a wealthy international art dealer, but our marriage was on the verge of collapse. Instead of divorce papers, she offered me a path of loving-kindness, and by God’s grace, I finally chose this better road.

After years of focusing on my career, I was longing to live out my cowboy dreams at Rocky Top, our ranch on the Brazos River 50 miles west of the city. But Debbie had other ideas. She convinced me to build her dream home in Fort Worth, and it was there that she began hearing from God through a different sort of dream—the kind God uses to speak. One day, she dreamed about a specific, homeless man. “I saw his face,” she told me one morning. “Like a verse in Ecclesiastes (9:15), he’s a poor man who is wise. And by his wisdom our lives and city will be changed.”

Debbie was determined to find the man she’d dreamed about and began volunteering at Union Gospel Mission— and finally talked me into helping serve a meal there. I was apprehensive. Years earlier, on a sidewalk in New York City, I’d been accosted by a crazed homeless man who threatened to kill me. After that encounter, I shunned the homeless, asking myself, “What will happen to me if I stop to help?”

Two weeks later, I found myself standing on the sidelines, when an angry giant of a man—wearing no shoes or shirt—charged into the mission dining hall screaming that he was going to kill everyone unless whoever had stolen his shoes returned them.

“That’s the man I had the dream about!” Debbie hollered to me as I took cover under the serving line. “And I believe I’ve heard from God that you have to become his friend and find out what my dream is all about.”

“But I wasn’t at that meeting you had with God,” I hollered back, “and if I’m going to be friends with someone who wants to kill everyone, I think I should talk to God about it myself!”

After pursuing him for five months, I finally got him in my car, though he was screaming at me to just leave him alone. “I would love to leave you alone,” I told him, “but my wife told me I have to be your friend!” He liked Debbie, so he promised to think about it. Two weeks later, he sat across the table from me on a sidewalk outside Starbucks. “There’s somethin’ I heard ’bout white folks that really bothers me, and it’s got to do with fishin’,” he told me.

Puzzled, I responded that I was not a fisherman and wasn’t sure I could offer any insight on his assessment of my race.

“I’ll bet you can. I heard when white folks go fishing, they do this thing called ‘catch and release.’”

“Well, if you is a white man fishing for a friend, and you gonna’ catch and release, then I ain’t got no desire to be your friend.”

I sat there, my heart nearly pounding out of my chest, face-to-face with a man I feared. But the words he’d just spoken to me were the wisest I’d ever heard on friendship. They cut straight to my heart. I wondered if I was the one being hooked.

From Denver, I learned the difference between “blessing” and helping. He once asked why I was always giving out dollar bills to the street people and dishing out spaghetti at the mission. “I like helping the homeless,” I told him.

“Mr. Ron,” he said, “you ain’t helping nobody. All you is doin’ is makin’ yourself feel better about being rich. You is blessin’ folks with your dollars and service, but a dollar bill and plate of food ain’t changin’ a life. That takes love. If you really serious ’bout helpin’ somebody, crawl down in the ditch with ’em, bandage up their wounds, and stick with ’em until they is strong enough to crawl up on your back and get out.”

Denver understood that homelessness isn’t a government problem—it’s a church people problem. I don’t know how he knew this, but he told me that there are at least as many (if not more) churches in America than homeless folks on the streets. “If every church would take in just one homeless person, the problem would be solved,” he explained. “I ain’t a very smart man, Mr. Ron, but it seems to me there is too much Bible studying and not enough Bible doing!”

It didn’t take a PhD to realize that God had a plan for our relationship with Denver. Just a few months into our friendship, Denver told me, “What Miss Debbie is doing for the homeless—she is precious to God. And when you is precious to God, you is important to Satan. Watch your backside, somethin’ is gettin’ ready to happen to Miss Debbie!”

A few days later, Debbie was diagnosed with Stage 4 cancer. For the next 19 months, we fought the mother of all battles. Denver became a soldier in the army of the Lord and fought alongside of us. The man I once thought had nothing to offer me in a friendship became the man God used to comfort us as we faced our darkest hours. My wife’s final words to me were: “Don’t give up on Denver—God is going to bless your friendship in ways you can never imagine.”

With Debbie in heaven, Denver moved in. He said the Lord spoke to him before her death and told him to pick up Debbie’s torch for the homeless—and that’s what he did. Debbie’s dream of our city being changed by a poor but wise man became a reality. Four years later, Denver was named the "Philanthropist of the Year" for his work on behalf of the homeless in Fort Worth, and the new mission was built. And over the years, Denver and I spoke at more than 400 events on behalf of the homeless, which helped raise over $70,000,000 that was spread to missions all across America.

Denver lived with me for nine years until his passing in March 2012 at age 75. I miss him dearly. But in the words of my friend: “Whether we is rich or poor or somethin’ in between, this earth ain’t no final restin’ place. So, in a way, we is all homeless—just workin’ our way home.”