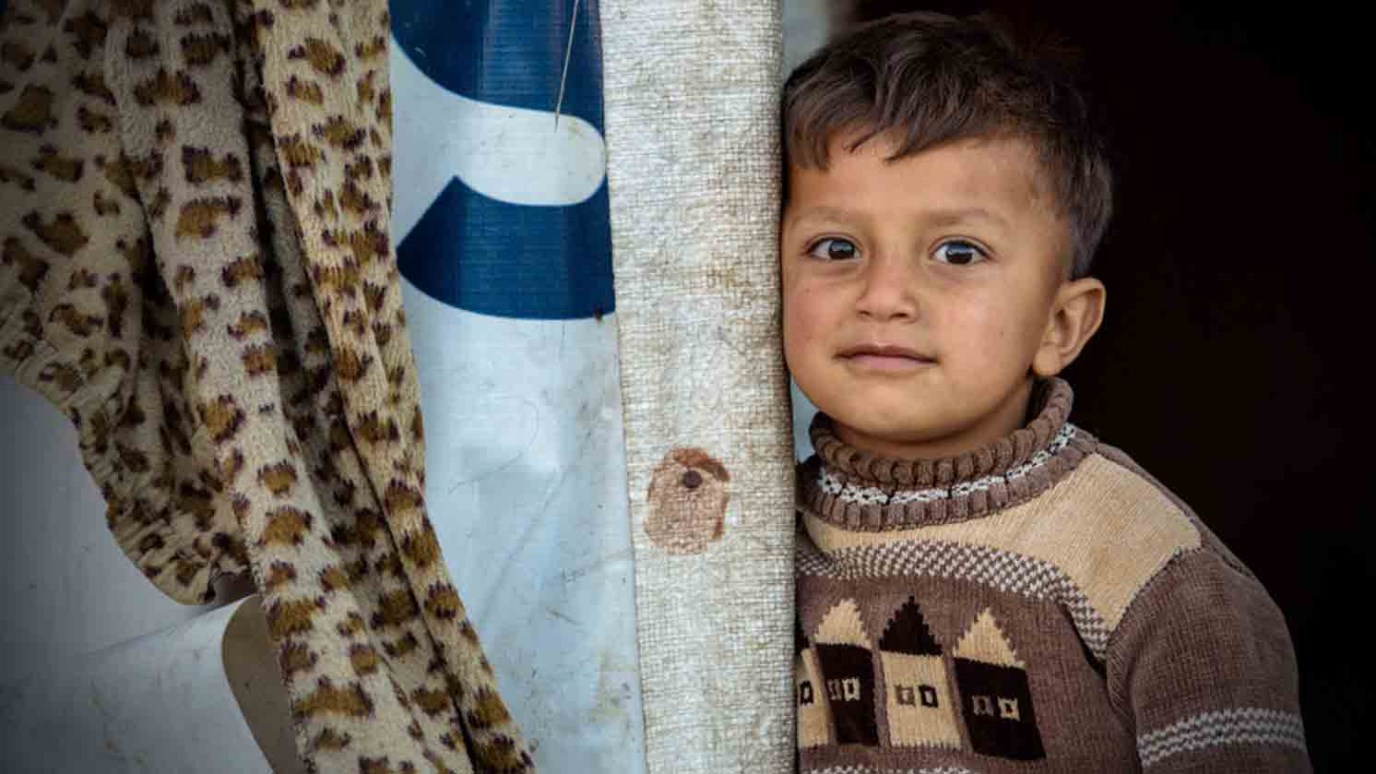 Three-year-old Rami looks out of the shelter of his family’s tent in a refugee settlement in Lebanon.

Rami’s family fled Syria six months ago after militants took over the area where they lived. Amani, his mother, says when they first came to Lebanon’s Bekaa Valley, the boy was extremely fearful.

“Rami always cried before when he saw a plane; he was afraid of bombs,” she says. He’s gaining confidence as he takes part in World Vision’s early childhood education programs, and “now he knows the planes won’t hurt him,” Amani says.

Why We Don’t Care About Syria
Rich Stearns