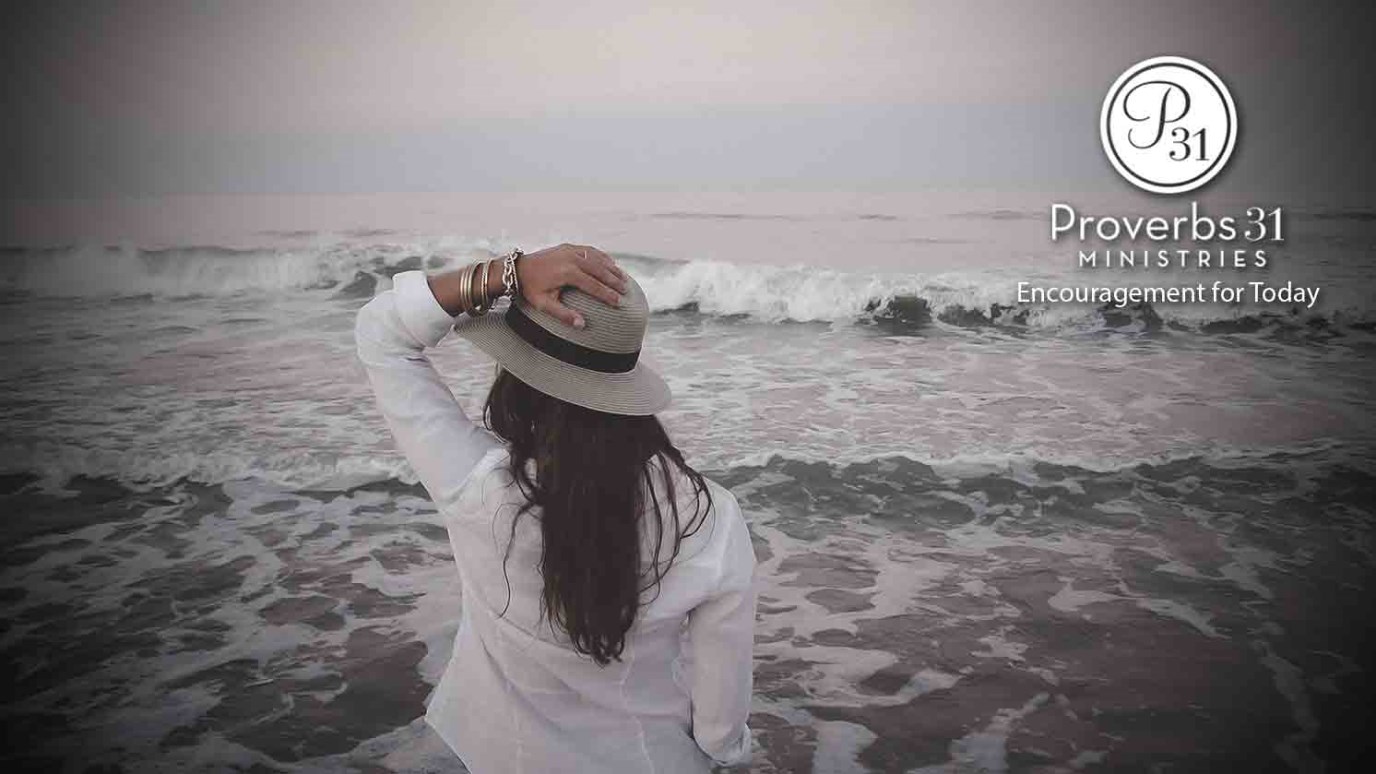 We don't have to remain stuck in our trials! We can grow through them, and as daughters of the King, we can rise in the midst of our dark, shaking moments.

“She rises while it is yet night and provides food for her household and portions for her maidens.” Proverbs 31:15 (ESV)

When my daughter, Paris, was in middle school, we participated in the school’s mandatory science fair. The teacher’s instructions stated that parents were not to help their children. I was elated; I had already graduated from middle school and felt no desire to do another science project.

Paris was interested in horses, so she chose to build a papier-mâché horse. And it did vaguely resemble a horse — except it leaned significantly to the left, and we’re still not sure why.

I helped her carry her project to the fair and was interested in seeing all the other sixth-grade projects. After we set up Paris’ display, I looked around the room and saw some amazing projects, including a giant set of lungs that breathed and a map of the United States that lit up according to how much power each city used.

I looked back at Paris’ leaning horse and quickly realized that either some parents cheated, or we had somehow ended up at a university science fair!

After I reassured Paris that her project was interesting, I began to walk around the room, mainly to give myself time to forgive all those cheater parents. As I perused the submissions, I encountered the most amazing project: a miniature re-creation of the Biosphere 2, which I’m not so sure was built by a sixth-grader. But I’m not bitter.

In 1991, eight scientists lived for two years in an artificial environment in Oracle, Ariz., called Biosphere 2.

Inside the 3-acre closed system was a small ocean, a rain forest, a desert and a savanna grassland. The scientists produced every kind of weather pattern except wind. Eventually the lack of wind caused the tree trunks to weaken and bend over. It’s the pressure of wind that strengthens tree trunks and allows them to hold up their own weight.

As I stared at that project and thought about the lessons from the Biosphere 2, I realized something important about life. Like it or not, we have to admit that weathering storms builds our strength.

So as much as I hate challenges, I think we need them. Proverbs 31 tells us why.

At first, I was rather put off by Proverbs 31:15, the verse that challenges us to rise “while it is yet night.” But I believe that verse has less to do with the time of day we get up and everything to do with being women who rise up when chaos and heartbreak and calamity abound. In the darkest hour, she rises.

On a personal level, perhaps your world is shaking. Maybe cancer has struck your family, or a loved one is addicted to drugs or alcohol. Perhaps divorce has torn apart your home. At times, it seems there has never been more pain, disease, famine and heartbreak than now, and yet God has entrusted you and me with this moment in history!

When everything around us is in the midst of chaos, when our own world is quaking, we are to be “the she” who rises. She does not wilt; she does not complain; she does not blame. She finds her brave, and she rises.

We do not have to remain stuck in our trials! We grow through them, and as daughters of the King, we can rise in the midst of dark, shaking moments.

Lord, You know the trouble I face today. I need Your strength to face it bravely and be a woman who helps others be brave as well. In Jesus’ Name, Amen.

Joshua 1:9, “Have I not commanded you? Be strong and courageous. Do not be frightened, and do not be dismayed, for the Lord your God is with you wherever you go.” (ESV)

REFLECT AND RESPOND:
What is the most recent storm you’ve experienced? How might God be using that storm to make you stronger?

How can you be a woman who “rises” when trouble and heartache come?