Financial Giving Through the Local Church 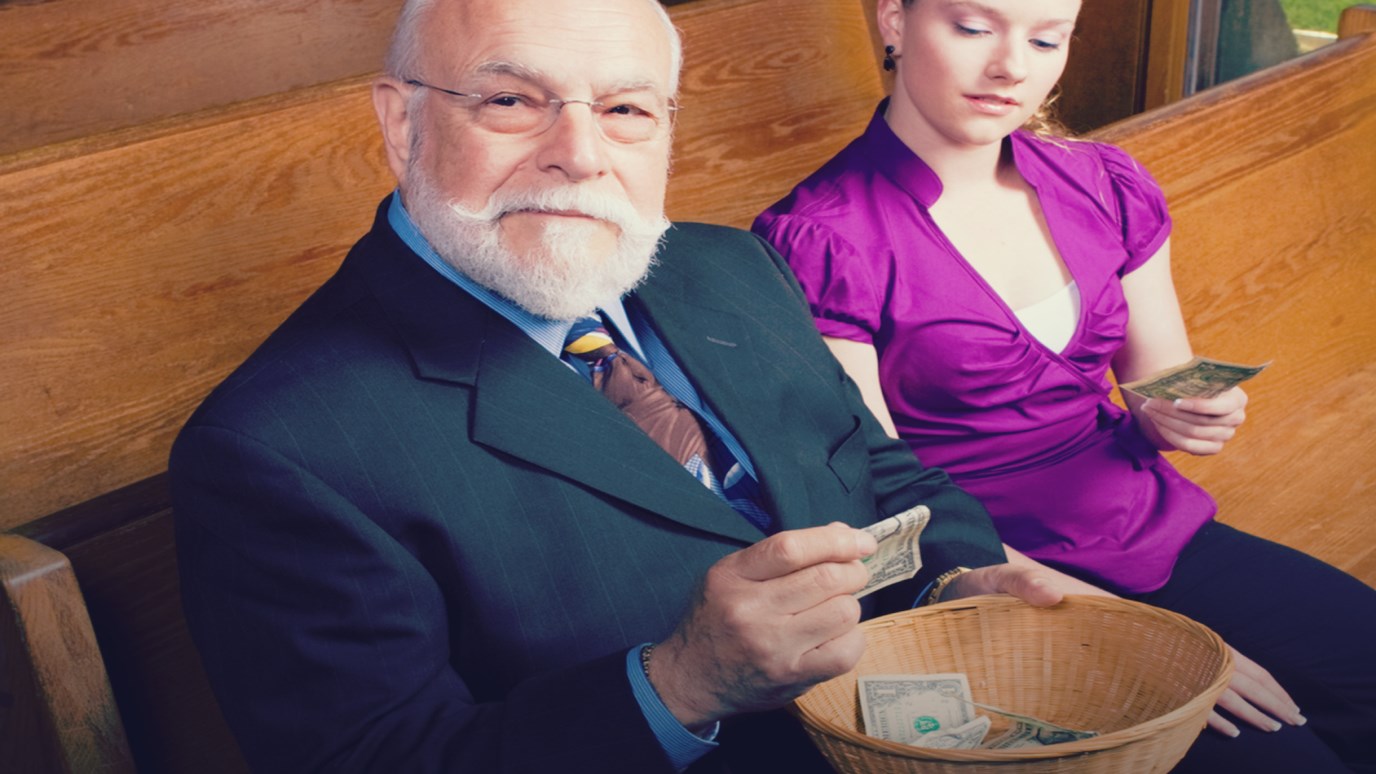 Stewardship is one of the most neglected subjects in the church. This results in disastrous choices that people make personally as well as lame, paralyzed giving taking place in the church.

Few topics are turned over more frequently in a pastor’s mind than the topic of how to talk about money with his church family. Because of the bad reputation some pastors develop for constantly speaking about money, others are hesitant to address the topic at all. For most people, any conversation about money in the church is way too much.

Most pastors and churches rapidly run away from the message of giving, rather than toward it. Therefore, stewardship is one of the most neglected subjects in the church. This results in disastrous choices that people make personally as well as lame, paralyzed giving taking place in the church. The Lord Jesus Christ deserves better than this and since we believe the Gospel is imperative for salvation, we must become more committed to Gospel advancement regionally, nationally, and internationally. All of which takes money.

The Trap of Attempting to Serve Two Masters

The Bible speaks about idols and warns against giving one’s self over to them. In the Sermon on the Mount, Jesus addressed the issue of attempting to serve two masters. In Matthew 6:24, Jesus says, “No one can be a slave of two masters, since either he will hate one and love the other, or be devoted to one and despise the other. You cannot be slaves of God and of money.”

Money and material possessions can be a great trap. The ease with which we can accumulate “stuff” can lead to our being controlled by it. The only cure for greed is generosity.

As mentioned above, Jesus said we would serve one of two masters. If we did not serve God as master, we would serve material wealth and possessions. The problem is not how hard it is to serve both, but the impossibility of doing so. Reliance on “stuff” cuts off our trust in God. On the other side, faith in God removes the need to find security in our “stuff.” Nothing cures the greedy heart and grasping hands like generosity.

As I write this, we remain in a sluggish economy. Officially we have not been in a recession in some time, but many people are still feeling its effects. The temptation in times like these is to hold onto everything that comes into our hands. Rather than holding things loosely, we tighten our grasp. That tightening is a symptom of placing our trust in things rather than God. The greatest way to secure our future financially is to obey all God says about giving

The opposite of holding onto material wealth and possessions is being generous. The Bible gives us numerous teachings on being generous and provides multiple examples of generosity. Again, the only way to insure you will never become greedy is to be generous. Greed is just as active to the human heart for those living in poverty as those living in abundance.

We See it Over and Over: Gain Through Giving

God’s people were instructed in Proverbs 3:9-10 to “Honor the Lord with your possessions and with the first produce of your entire harvest; then your barns will be completely filled, and your vats will overflow with new wine.” Being generous and honoring the Lord with possessions has long been a command.

Rarely has a picture of generosity been more clearly given than that of the widow who ministered to Elijah in 1 Kings 17. With a desperate famine in the land, the food supply for her and her son had dwindled to one remaining meal. Rather than praying for her or encouraging her to trust God, Elijah requested the last meal for himself.

While that may seem like an odd, even insensitive, request to us, the widow did what the prophet asked her to do. Because of her obedience, Scripture records that the widow’s supply of oil and flour were miraculously extended. She and her son were saved from death.

In the New Testament, Jesus has much to say about giving. In Luke’s Gospel, He gives this promise: “Give, and it will be given to you; a good measure — pressed down, shaken together, and running over — will be poured into your lap. For with the measure you use, it will be measured back to you” (Luke 6:38). What a tremendous promise of God’s reward!

Another poignant example is Paul’s experience with the Macedonian believers. He records in 2 Corinthians 8 that while the Macedonians themselves were enduring extreme poverty; they begged Paul for the opportunity to give to the relief offering (vs.1-5). Paul used their generosity to challenge the Corinthian Christians to follow suit.

Embracing His Command and Rejoicing

Too often, I think we approach giving to our local church not as a command to be embraced, but as a challenge to be evaded. Generosity is often not viewed as a means of knowing God better, but as a burden.

The Bible tells us God has given to us an “indescribable gift” (2 Corinthians 9:15). When we think about this gift (Jesus) our hearts should be filled with rejoicing because of God’s grace. We are never more like Jesus than when we give.

Generosity is a reflection of the character of God. God, in fact, loves a cheerful giver. Cheerfulness precedes and follows giving when God, not money, is our master. When God is our master our view of possessions is the same as His: they are tools for His glory.

As God’s people, let us be committed to supporting the work of the Kingdom through our local church. Honoring the Lord with the first tenth of all God has given to us will elevate not only giving within the church, but Gospel advancement globally. Additionally, it will serve as our personal invitation to God to bless us as we obey Him.

When we give this way through our local church and go beyond by supporting a mission effort taking place locally, nationally, or internationally, the joy of investing in the work of Christ far outweighs the short-lived excitement of spending money on ourselves and accumulating more.

3 Ways to Use Money to Meet Needs
Ronnie Floyd

How God Would Have Us Use Money
Dr. Charles Stanley

God's Viewpoint About Money
Dr. Charles Stanley
Follow Us
Grow Daily with Unlimited Content
Uninterrupted Ad-Free Experience
Watch a Christian or Family Movie Every Month for Free
Early and Exclusive Access to Christian Resources
Feel the Heart of Worship with Weekly Worship Radio
Become a Member
No Thanks