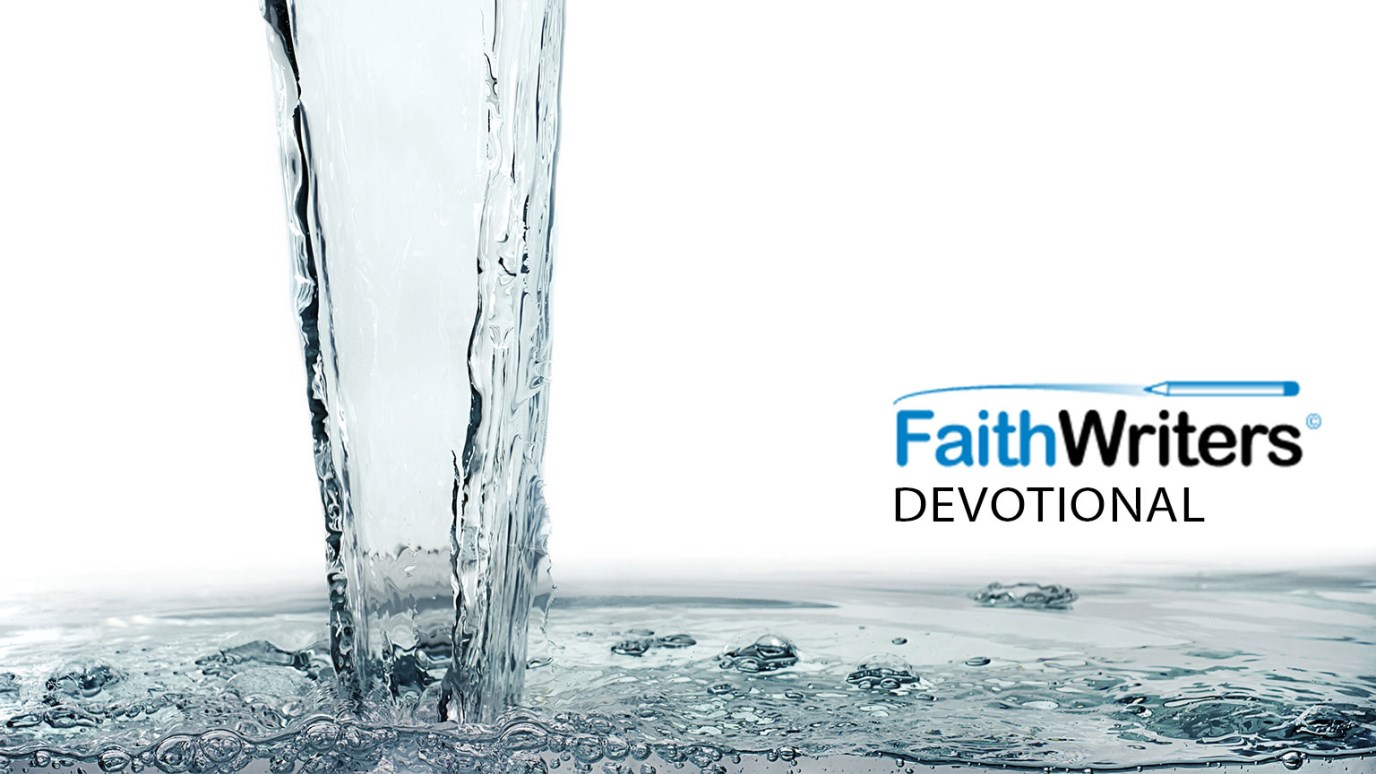 If we, His servants, want to see His glory manifested in our lives and see those around us believe, then we need to do whatever He says --even if it means filling the water pots!

In John 2:1-11 (NKJ) Jesus, His mother, and his disciples were all attending a wedding in Cana. At one point during the celebrations they ran out of wine and Mary, like any other mother, looked to her son to help with the situation. In verse five we see what she spoke to the servants before he did just that. "Whatever He says to you, do it." Jesus simply looks to the six water pots nearby and said to the servants, "Fill the water pots with water." They did! Then He said, "Draw some out now, and take it to the master of the feast." They did! It was no longer water but according to the master of the feast, it was 'the good wine' and there was nothing inferior about it!

John ends with this statement, 'This beginning of signs Jesus did in Cana of Galilee, and manifested His glory; and His disciples believed in Him.' Jesus turned water into wine! John used the term, ‘this beginning of signs' to describe this miraculous event. Signs have a purpose. In this case they manifested His glory and caused His disciples to believe!

Signs point us in the right direction!   'This beginning sign' happened because His mother spoke these words, "Whatever He says, do it." and because the servants, who had no choice, obeyed!

Servants don't choose which orders they obey. If we, His servants, want to see His glory manifested in our lives and see those around us believe, then we need to listen and whatever He says, do it! Even if it means filling the water pots!

All I’ve Ever Wanted
Kelly Levatino

Rise Above the Noise, Rise Above with Trust
Central Christian Church
Follow Us
Grow Daily with Unlimited Content
Uninterrupted Ad-Free Experience
Watch a Christian or Family Movie Every Month for Free
Early and Exclusive Access to Christian Resources
Feel the Heart of Worship with Weekly Worship Radio
Become a Member
No Thanks