Fending Off Fear with Faith 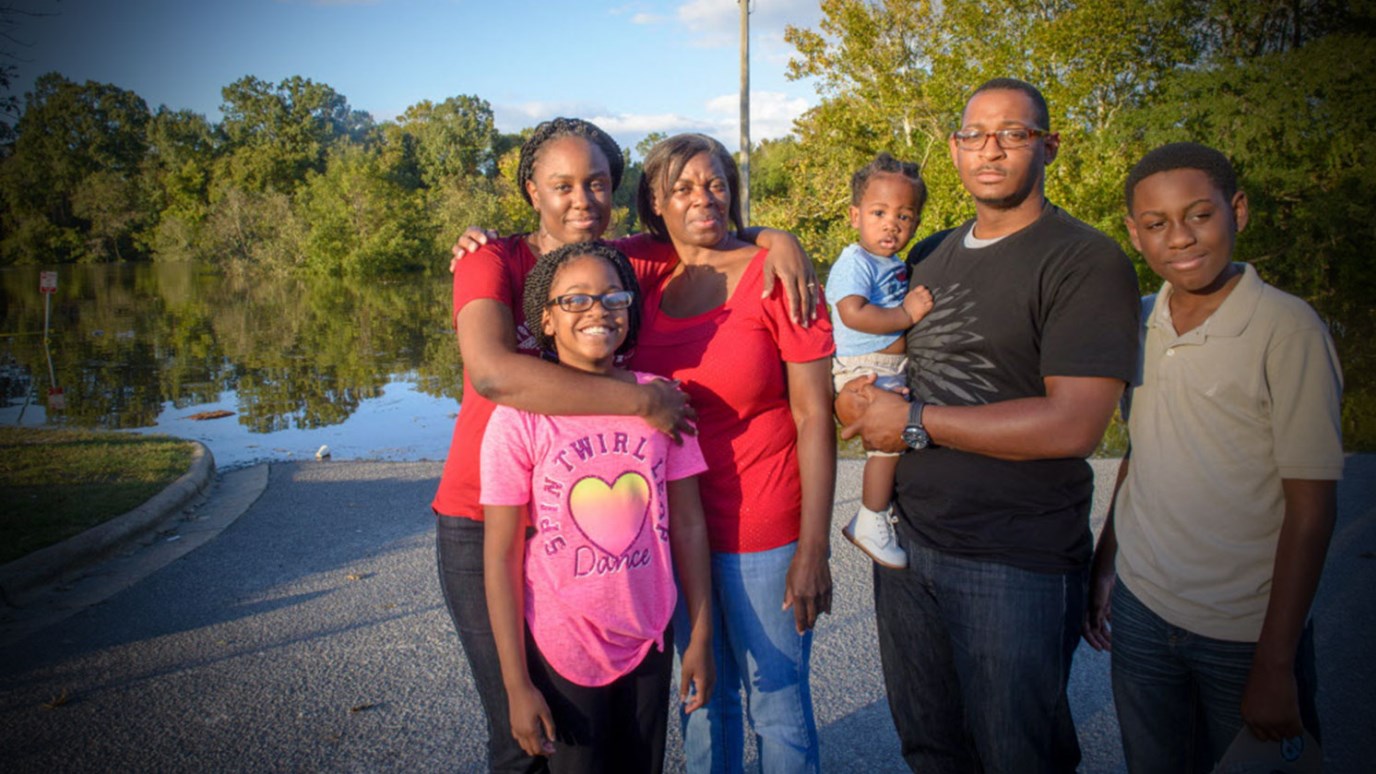 Tharon family and home in Grifton, North Carolina, survived a direct hit from Hurricane Matthew. Then the flood waters began to rise and so did their fears.

“Here we go again,” he said. Tharon remembers Hurricane Floyd from 1999. It was called the 500-year storm, and he lost his job because of it. He worried this year’s flood could be as bad or worse.

Because of his experience with Floyd, Tharon kept checking the water levels outside as Hurricane Matthew howled in the dark. The next morning, the water levels weren’t close to the family, but the family had no power. Tharon worried about his wife and two children’s safety if the waters did rise. So they evacuated to a hotel.

His wife, Cynethia wasn’t as keen to leave home. She argued with Tharon that there wasn’t enough water yet. “Having to leave is like your foundation, your comfort zone has been interrupted.”

It’s not just home life that’s been upset. On Monday, Tharon was due to start a new job, but his office was underwater. After Floyd, he couldn’t get to work for a month due to impassable roads and he lost his job. “That’s what’s scaring me now. Job loss,” he says.

Despite the uncertainty they faced, Tharon and Cynethia both felt thankful to be alive, thankful that everyone in their family is safe. Their faith provides them with a strong foundation to face life’s hardships. “Trust and believe in God. He’s not going to fail us,” says Tharon.

He sees that what they’re facing now only serves to make them stronger and enable them to help others.

“What you live and go through, it’s not only for you. It’s for somebody else,” he says.