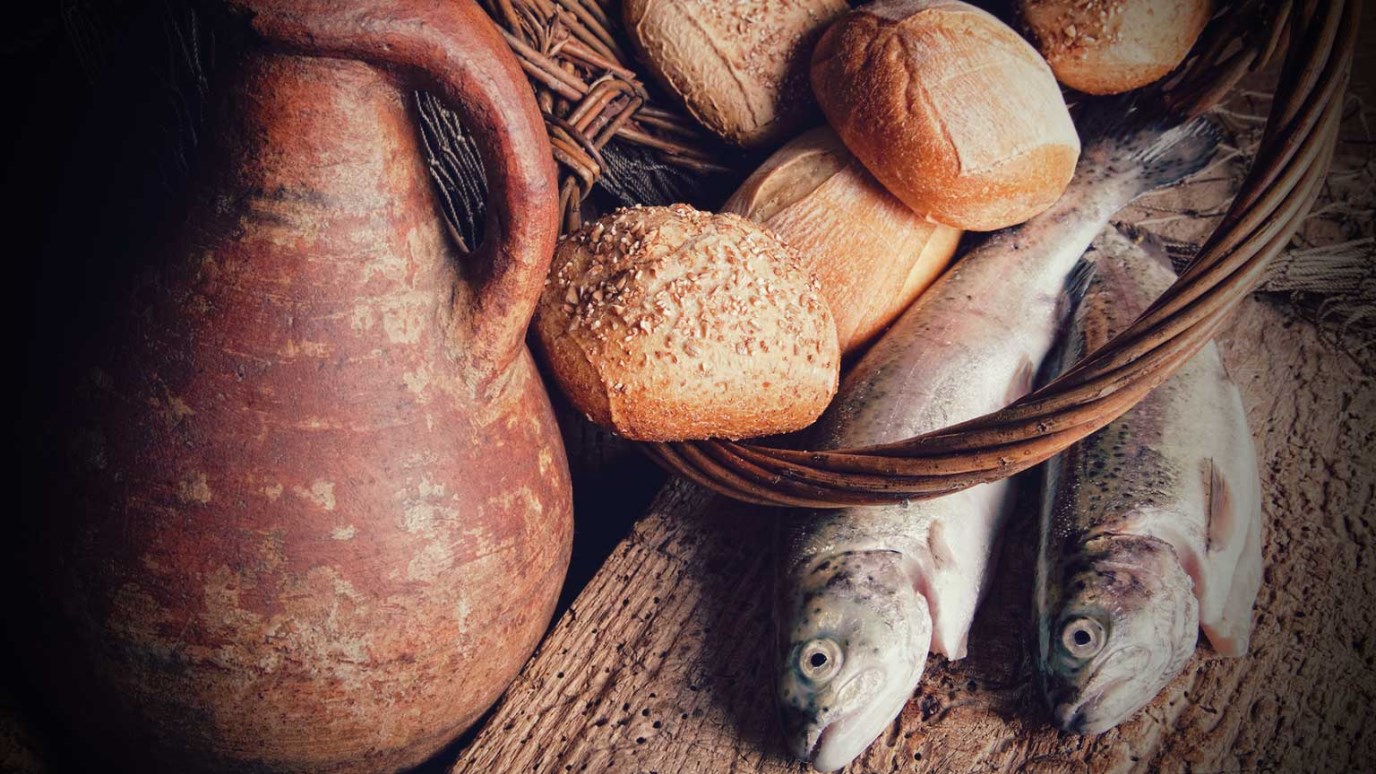 Christ's feeding of the five thousand demonstrates that God goes above and beyond anything we can imagine.

“They took up twelve baskets full of the broken pieces left over. And those who ate were about five thousand men, besides women and children” (vv. 20b–21).  - Matthew 14:13–21

The miracle Matthew describes in today’s passage, the feeding of the five thousand (14:13–21), is the only miracle found in each of the four gospels. It is a wonderful event in which Jesus actually provides food for as many as fifteen or twenty thousand (most of the five thousand men present would have had women and children from their families with them).

From a human perspective, it is remarkable that there was an occasion for this miracle to take place at all. Christ is actually trying to get away from the great crowds that He is attracting, presumably to rest and devote Himself to prayer (see vv. 22–23).

Hearing that Herod Antipas is beginning to take notice of His ministry motivates Jesus to go to a desolate place in order to find respite and commune with His Father (v. 13), but He is unable to arrive at His destination alone.

Though He sets out by boat, the people follow the Savior’s course by walking along the shore to meet Him when He makes landfall. Christ’s compassion renders Him unable to ignore the needs of the people, and, as the Good Shepherd, He continues to meet their need for healing (vv. 13–14; John 10:10–11).

The Messiah’s powerful multiplication of five loaves and two fishes into a meal for thousands is well-known, but a critical theological emphasis of this passage is often overlooked. Of course, Jesus’ ability to create so much out of so little demonstrates His mastery over the natural realm. Yet this act also has overtones that are strongly eschatological (end-times, the point at which God accomplishes His plan in full). In first-century Judaism, fish and bread were staples in the diet of the poor.

More importantly, many Jewish thinkers believed these items would be part of the Messiah’s banquet with His people in God’s presence at history’s end. The order in which Jesus takes, blesses, breaks, and distributes the bread also matches His institution of the Lord’s Supper, which is itself a foretaste of the grand feast to come (Matt. 14:15–19; 26:26–29).

In feeding the five thousand, Jesus commences this celebration and will fully realize it at His return. He is showing us that in Him we, even now, begin to enjoy that which God promises to His people at the end of the age (Ezek. 34:20–24).

Matthew Henry writes about the tremendous leftovers found after the thousands were satisfied: “The provision Christ makes for those who are his is not bare and scanty, but rich and plentiful; an overflowing fullness.” We should not be surprised when God goes above and beyond all that we would ask or dream. Consider a time in which He provided for you more abundantly than you could have imagined and tell another person of this occasion today.

The Shepherd, Part 4
David McGee
Follow Us
Grow Daily with Unlimited Content
Uninterrupted Ad-Free Experience
Watch a Christian or Family Movie Every Month for Free
Early and Exclusive Access to Christian Resources
Feel the Heart of Worship with Weekly Worship Radio
Become a Member
No Thanks