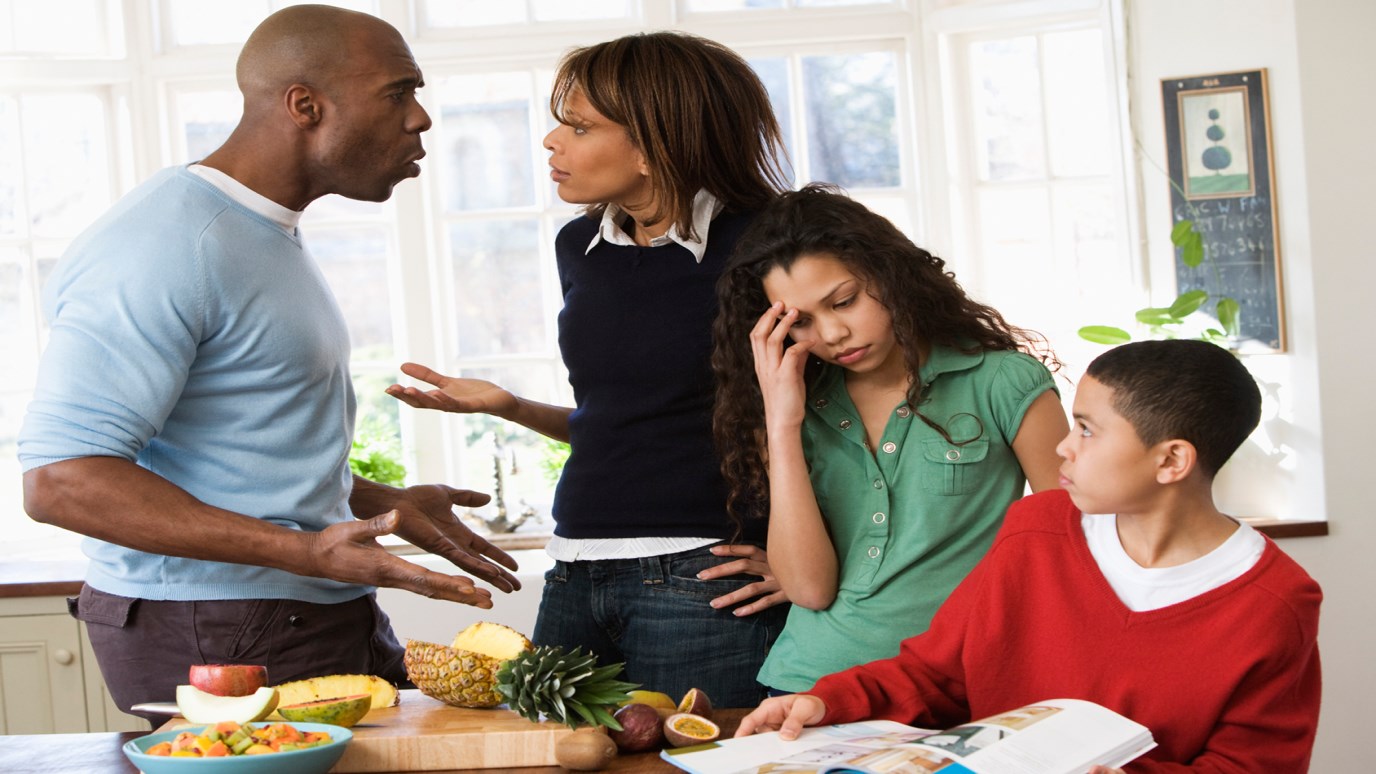 As parents, it’s critical we understand the problem of reacting in fear and anger enough to change its devastating impact in our homes.

How many of us know all to well the terrible twins: fear and anger? As parents, it's such a temptation to let those loose on our kids, only to regret it later. If you’re scratching your head about this, well then this blog is probably not for you. If you're holding your head in your hands about now… don’t be discouraged, you’re in good company and there is hope for change.

I got a call late one night from a 19-year-old who was really and truly hurt and upset at her father and mother, and felt she couldn't “talk” with them. She and her now grown siblings were struggling with a dad who didn't seem to listen or care or have a sensitive bone in his body. He was rigid, demanding and final in his words with them. He made laws and expected them to be obeyed without question. He had made it clear to his family, once he had made up his mind… well you get the idea.

The problem is two-fold, and it’s critical we understand it enough to change its devastating impact in our homes.

1) As parents, we often “over-react” emotionally and vigorously out of fear and guilt and utter frustration with our teenagers. We remember our past mistakes or the horror stories of our peer parenting friends...we ponder the risks and dangers of our kids being allowed more and more freedom.

We fume inwardly at the risks of broken hearts from boyfriends and girlfriends, of faded dreams and hopes that lay shattered in our past. We project those historical memories into our current homes and it scares the “crud” out of us. When we see one of kids stepping right up to the line we crossed, we might “freak” a little and in doing so, FEAR and ANGER emerge.

Wouldn't it be so much healthier if we just allowed ourselves a moment to not flare up and instead be straight with our kids about the “why” behind the reactions of fear and anger. To explain to them the past mistakes, humiliations and tragedies of our own adolescence; to show them our love and our desire to protect and provide and nurture them.

2) When we make a habit of giving into the terrible twins of “FEAR and ANGER” we develop a pattern of inter-action between us and our love ones. It slowly builds a wall between our lives and eventually blocks all communication from our kids to us. In the aftermath of such unchecked emotional reactivity, we see the charred remnants of what used to be a loving and intimate trust between us and our teenagers now blackened by the lack of any sensitivity to their thoughts, opinions or ideas. We teach them that a parent's role is to  "TELL” them what to do, and kids are just there to “OBEY”.

It’s a forgone conclusion that if we react in fear and anger enough, they will withdraw and never even dare to respond any longer. We will lose their trust, their respect and ultimately all of our influence to their heart. They will in time repeat the same with their kids and the painful cycle will continue to one more generation. Someday, they might get up the courage to actually confront us with their own frustrations and anger and pain at the way they have been trampled, but that is a whole different issue entirely.

So, the Apostle Paul taught a bit differently on this. He suggested that only three things will endure into eternity… “hope, faith and love…and the greatest of these is love."  It is also said in the bible that “perfect love casts out all fear."  If that is true, then we need to seriously step back from our knee jerk parenting reflex of fear and anger for something better. We should seriously and soberly ask God for wisdom in how to love our kids better and react to them slower.

Spend some time on that idea today and ask yourself, why do I react the way I do ? Is it out of fear, anger or pride? For me, it was pride. It was the concern for my own reputation as a parent, as a pastor and out of the belief that if I was the parent, then I had to have the right answer every time etc.. yada didah doo. I was SO Wrong.

When your kids are little, they will sometimes need fear and anger… if they want to play with electricity or drink paint etc. As they start to grow into adults, it's time to lower your guard a bit and let them in. Let them see your own personal doubts and fears about life for themselves, let them consider with you the realities of our world and its dangers. Let them see your love and compassion and concern for them in the struggles of it all. That DOES NOT MEAN BE THEIR BEST FRIENDS.  Let me be clear, as teens, they will seek to manipulate and twist you for their own way. That is not what I’m suggesting at all, but when they do (and they will), don’t over-react anymore.

In the end, they may not like what you decide any better than before; but they will LOVE the fact that you considered carefully before you spoke and that they had your ear in the process. That leads to respect and respect will lead to trust and trust will lead them to follow what you have taught them.

So lets throw out the terrible twins of  fear and anger and let them leave our homes. Instead, let's invite peace and love to rule our lives and ask for Gods wisdom and discernment instead of our own. Blessings to you as you, like me,“seek to keep your kids on the road and in between the lines of life."

No Question Is Off Limits
Josh McDowell

Protecting our Daughters - The Rise of Sex Trafficking
Family Matters

Your Teen and Pornography
Mark Gregston

Responding with Grace
Dr. Tim Kimmel
Follow Us
Grow Daily with Unlimited Content
Uninterrupted Ad-Free Experience
Watch a Christian or Family Movie Every Month for Free
Early and Exclusive Access to Christian Resources
Feel the Heart of Worship with Weekly Worship Radio
Become a Member
No Thanks