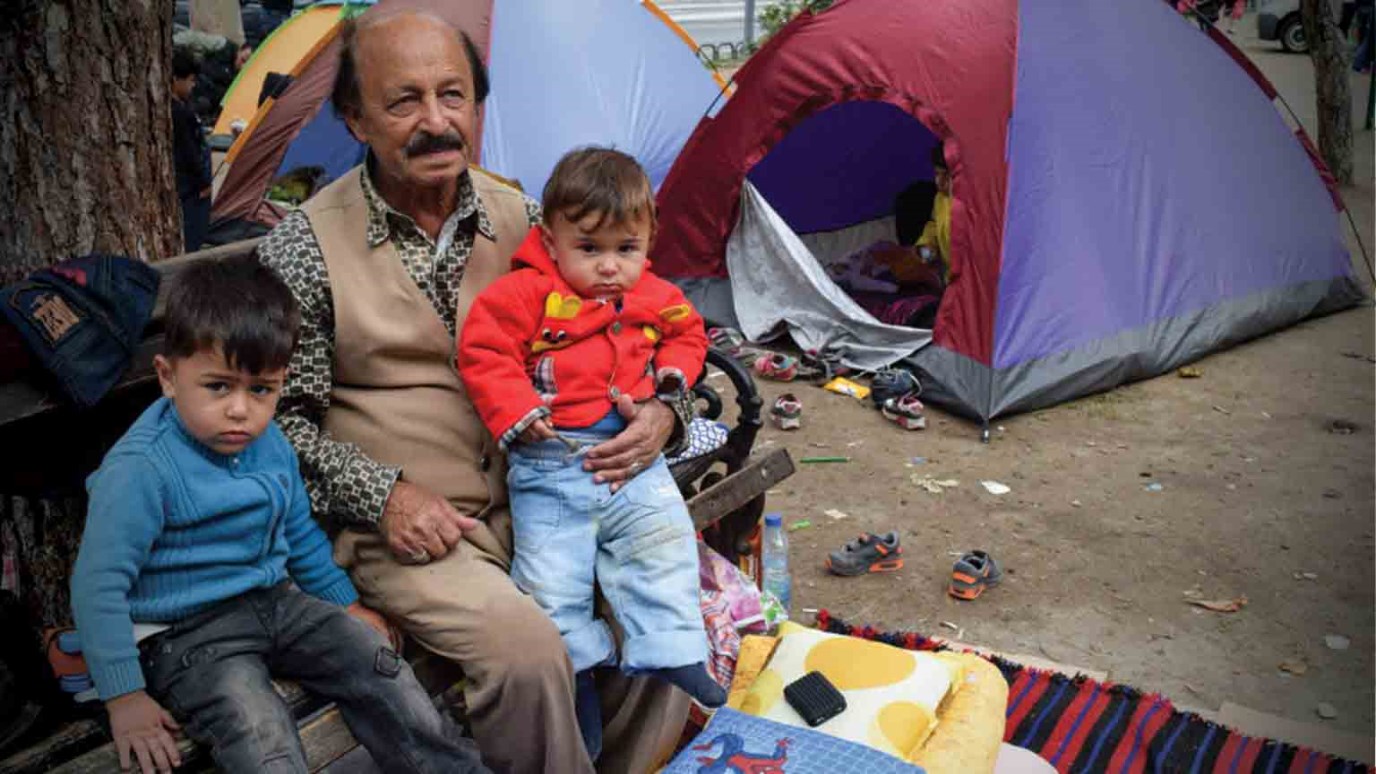 Syrian refugee Muhammed, 72, sits on a bench in a Belgrade, Serbia park with two of his grandchildren, Abdelhabi, 2 ½, and Ammar, 1.

"It is very hard," says Muhammed of the family’s refugee journey.

"We spent the night sleeping on the ground in the park. We did not have the blanket to cover ourselves. It was cold." The blanket shown on the photo is their bed.

Muhammed, his daughter-in-law, and grandchildren crossed Macedonia on foot and entered Serbia in hopes of reaching Austria, where his sons are working.

Getting through the night is rough on them. They’ve spread pieces of cardboard on the ground and covered them with a thin, striped blanket. This is where they slept the night before.

“It was cold, and we didn't have blankets to cover ourselves,” says Muhammed. “It is very difficult.”

After being a refugee in Lebanon for three years, Muhammed returned to Syria. As violence there worsened, he had to leave again. His home in Syria was destroyed.

Eight months ago, he and his family escaped to Turkey. They stayed for a while, then continued to Greece.

“That was the hardest — traveling by sea,” he says.“We were in a small rubber boat and traveled for eight hours. I was afraid for my life. Had the waves been bigger, we could have drowned.”

World Vision is distributing hygiene and food packages, blankets and warm clothing to families traveling through Serbia on the refugee route.