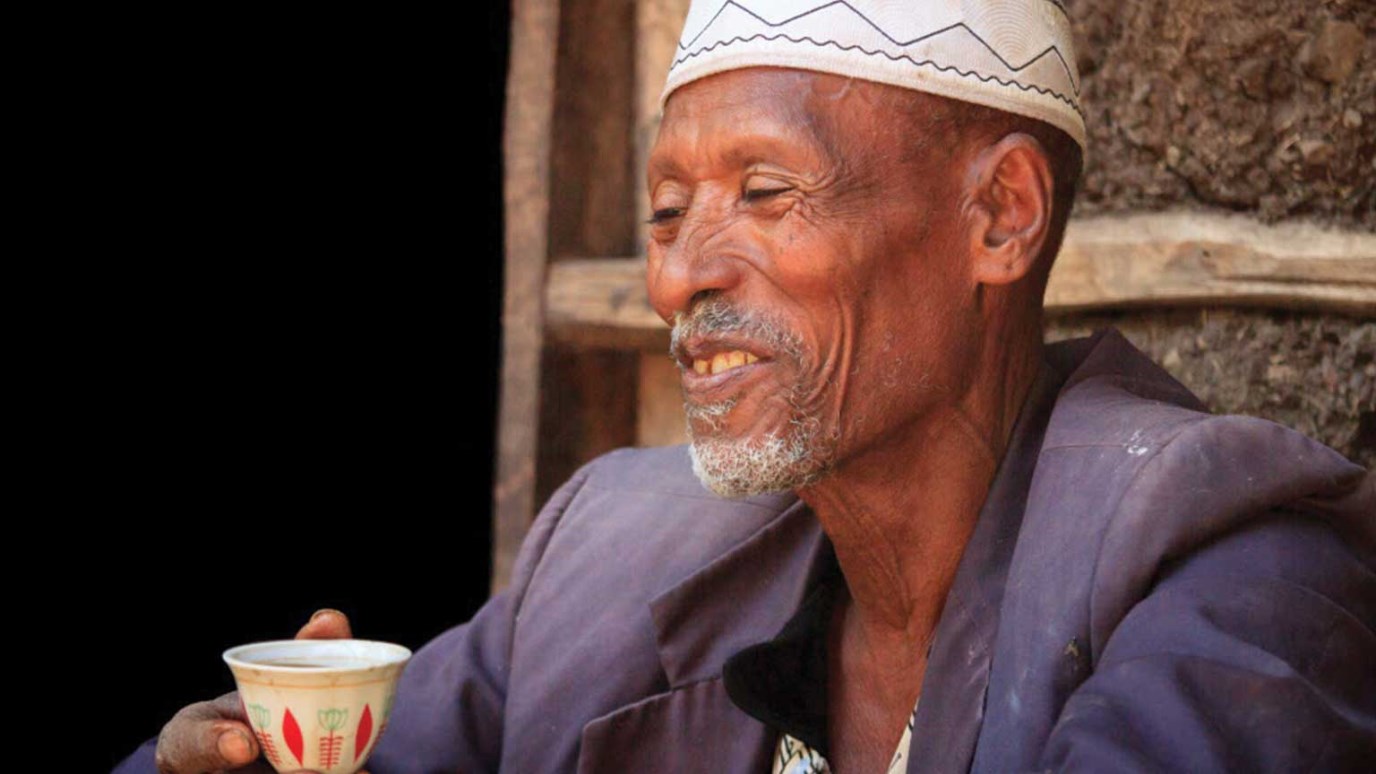 Asfaw Metaferia, 50, feeds his family and grows crops to sell on little more than an acre behind his house in Antsokia Valley, Ethiopia.

Antsokia Valley was the scene of a catastrophic famine in the mid-1980s. Thirty years later, families here are thriving, thanks in part to World Vision’s efforts.

Asfaw and his wife earn their living by farming various crops. They grow mango, avocado, orange, lemon, banana, and coffee. This provides enough for the family to eat year-round and surplus they sell to pay for things like school fees and other household needs.

Asfaw used cultivate grain only, and it lasted his young family just two months per year.

In 1986, during the Ethiopia famine response, World Vision installed a capped-spring and reservoir system that protected the community’s water source and eventually provided enough water to irrigate Asfaw’s land.

"I Was Hungry"
World Vision