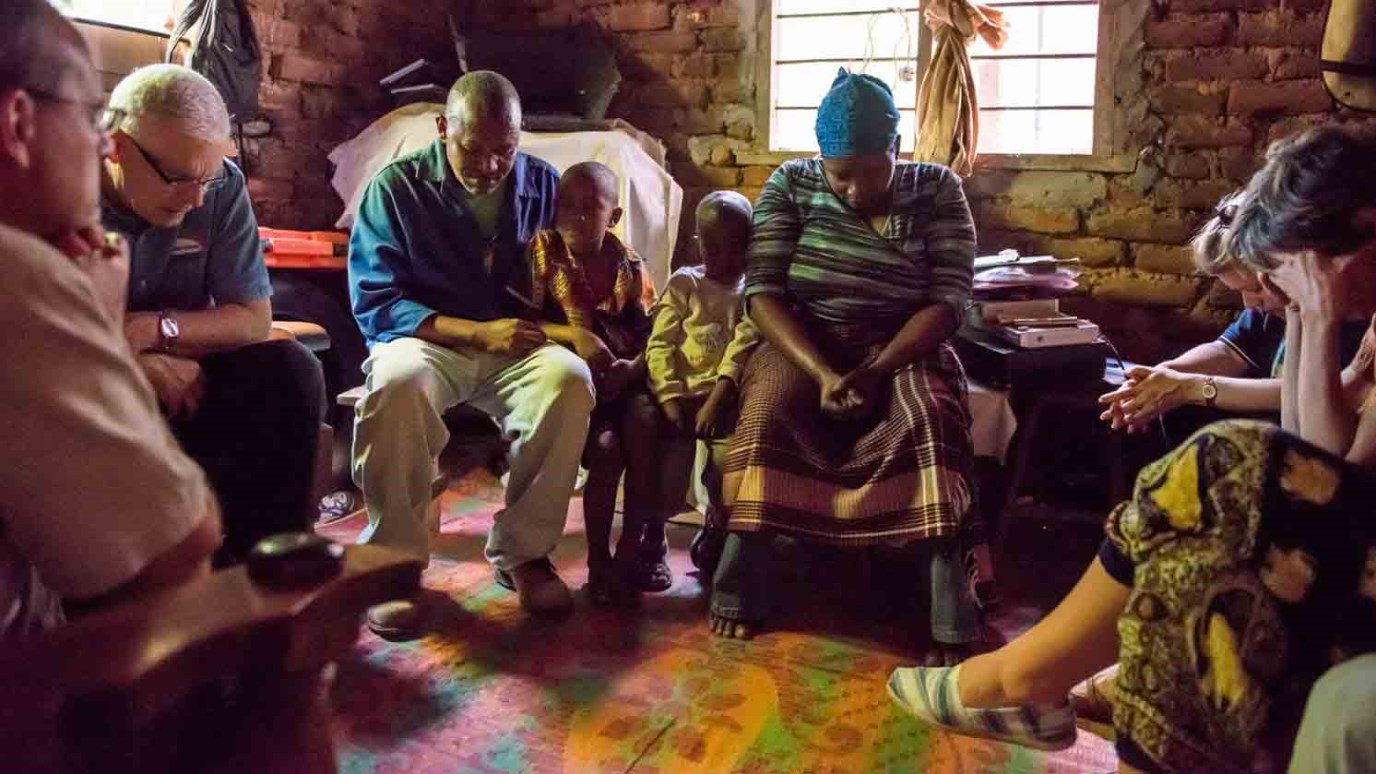 Rich Stearns, World Vision U.S. president, prays with Mrindwa Manento and his family in his home in Tanzania.

Mrindwa’s life as a farmer and a father shows what it means to be a strong man of God. His life was transformed when he became a chair of a World Vision project. While learning how to become a better steward of his land, he also learned how tame his lion-like temper.

“It transformed my life,” he says of the World Vision curriculum.

“I learned that as a father, I shouldn’t be like a lion. We should reduce our anger,” he says. “Before, if I had a misunderstanding with my wife, I would just be quiet. But it would build and we’d quarrel.”

It is better to discuss and forgive,” he says.

Mrindwa has learned not to be an angry man, but to show love and care with his wife, children, and neighbors.

“I now involve family members in all discussions. I read the Word of God with my family,” he says.