Family Haboobs: When a Mountain of Crud Rains on Your Party 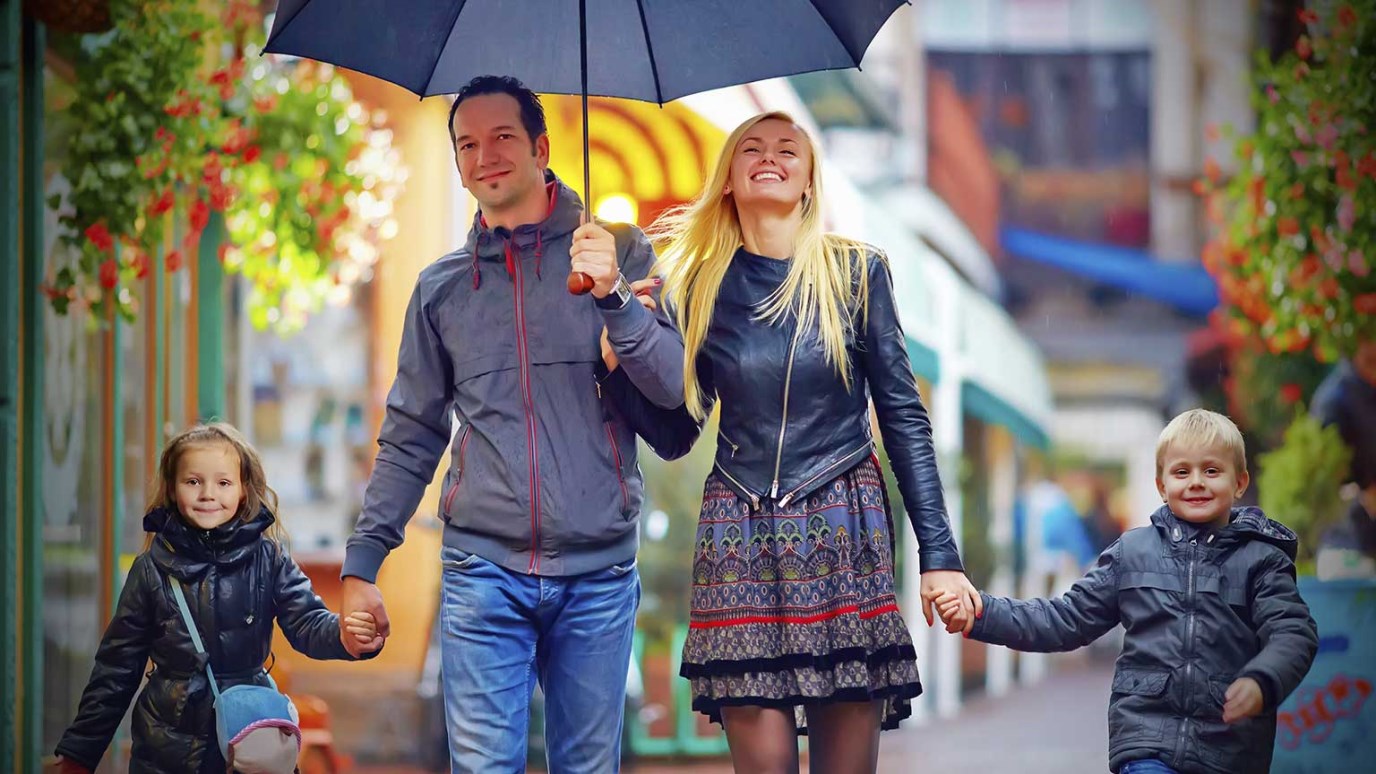 God will pour His grace over the muddy residue of your personal storm. He will give your family living water as you work through filthy issues. Turn on the faucet!

There are a couple of events that happen in our home each year that consistently make our highlight reel. The dinner we sponsored this past Tuesday is one of them. But this time, it will stand out for a completely different reason.

One of the priorities we wanted to embed into our children’s hearts is a kind and tender attitude for the poor and undeserved—an attitude that they could hopefully maintain for the rest of their lives. Our motivation to do this had nothing to do with any personal nobility on our part. We’re as capable of being self-focused and blind to other people’s needs as the next person out there. A proper attitude toward the poor had to be built into us, just like it has to be built into children. I don’t want to be a name dropper but God mentioned over 2,000 times in the Bible that a gentle and sensitive treatment of the poor is near and dear to His gracious heart.

With that in mind, we felt it would be pretty lax on our part if we raised four kids and left this priority out of their spiritual curriculum. The problem, though, is that bringing up kids in our born-on-third-based-under-the-delusion-they-hit-a-triple-middle-class-homes makes it tough to pass on this part of their spiritual training. Usually parents have to deliberately create outlets for their kids to develop this dimension of their spiritual heart.

Fortunately for us, there is a great organization in our town called Neighborhood Ministries that maintains a front lines involvement with our inner-city. Our children were able to volunteer with this ministry from the time they were in Junior High. It did a superb job of putting a face on the poor for them.

One of the biggest outreaches that Neighborhood Ministries does each year is a two week Kid’s Camp for hundreds of inner-city kids. They create a work crew of counselors and assistants that put on this event. Over the years our kids have served on this team. At the end of each demanding day, however, the team needs to be fed. So for the last decade, we’ve signed up to feed them at our house for one of those dinners. Our kids are now adults and outside the age bracket of the work crew and counselors. But we so much enjoyed feeding the team that we’ve continued to sign up to provide one of their meals.

This past Tuesday, a graffiti-covered bus and several vans pulled up in front of our house. Eighty (80) exhausted high school and college-aged kids climbed out of the vehicles and walked into our home. Everything was ready for them. This was a collection of Hispanic, African-American, Asian and Anglo young people who had been sharing the love of Jesus that day in 108° Phoenix heat. Did I mention that they were ready to eat everything in sight and then relax? I wish you could have been there with us. This is absolutely one of the greatest moments of our year to see them filling our house, our kitchen, and backyard with their excitement. Honestly, it looked like the U.N. was having a barbeque at the Kimmel's.

The standard agenda each year is to eat their dinner, spend about 45 minutes debriefing each other on how that particular day of service went, and then jumping in the pool to decompress. This past evening went according to this schedule.

Darcy and I were in the kitchen starting to wash the mountain of dishes that an evening like this creates. About half of the kids were in the pool and the other half spread out throughout our house and yard. The kids were laughing and obviously having fun when suddenly we heard a collective scream come out of them. At first we thought they were just playing some game in the pool. But when we went on the patio to check it out, we couldn’t believe our eyes.

Our yard had disappeared. So had most of the kids! We could barely see to the edge of our patio and the swimming pool. What had happened was something that we have never before experienced in our almost 40 years of living in the Phoenix area. It was a haboob—an intense and monstrous sandstorm. Haboobs are common in areas like the Sahara desert, Saudi Arabia, and parts of Africa. But they are rare in the Desert Southwest.

We didn’t realize it but while we were all minding our own business having a nice evening together, a wall of DIRT over a mile high, fifty miles wide and 30 miles deep had been steadily making it’s way across the desert to our event. In a matter of seconds you could move with a shovel and you could eat the grit with a spoon. It covered everything. What’s more, it blew into the house as kids ran for cover. This morning—two days later—Darcy noticed that there was even sand in the shelves of our refrigerator. Every crevice within our house, clothes, eyes, mouths and lungs were suddenly at the mercy of a dump truck’s worth of mud and crud that none of us ordered. Throughout our town, trees and electrical poles were knocked down and many homes found themselves without power (fortunately, ours wasn’t one of them).

When it was safe enough for the kids to be driven back to where they were staying, the buses and vans pulled out. Darcy and I began our normal routine of recovering our kitchen, house and yard from this annual visit from the Neighborhood Ministries’ work crew. Usually, by the time we go to bed, you wouldn’t know anyone had been there. But not this time. Even after all of the dishes were cleaned and put away and the extra tables and chairs stored, there was still an obvious presence of something that had clearly changed the dynamic of the evening.

This reminds me of other ways the dynamics within our families can be radically altered.

These kinds of events slip into every crack and seam of a family’s world. Like sand in the back of the refrigerator, the crud that’s blown into a family from these cultural and moral haboobs can leave us wondering if we’ll ever recover.

Most of you reading this would say, “Big deal! Stop whining, Tim. Just wait a few days and it will rain and clean everything up.” Did I mention that we live in the Phoenix area? It rains once or twice a YEAR, if we’re fortunate. I could be waiting a long time for some rain storm to change the dreary look of the outside of our house. That’s why early this morning, I took action. I put a power nozzle on my garden hose and, starting up at the roof line, gave my house a thorough bath. Then it was the sidewalks, driveways, patio and pool deck. Next it was the yard furniture. Finally, I hosed down the vegetation. I still have some windows to wash, but we’re starting to feel like we’ve weathered this storm.

I wish it were that easy to recover from the affects of those moral mud storms we have to face as families. There is one parallel, however, that can bring some relief. In John 4, Jesus encountered a woman at a public well in Samaria. This was a woman that was smack dab in the middle of haboob of her own making. She had been married five times, was presently cohabitating with some guy, and who knows how many “yours-mine-and-ours kids" she was responsible for? She had an “L” for “loser” painted on her forehead in the eyes of most of her acquaintances. Jesus dialed in on her burden, identified with her dilemma and then offered to hook up a hose and power wash her cruddy life with living water. That’s the cool thing about God’s living water. You don’t have to wait for it to rain down on you. You simply turn the faucet, and it starts to refresh and clean.

I realize this sounds real simplistic. It sounded very simplistic to the Samaritan woman too. But when she finally connected with the heart of the person willing to make that living water available to her, she realized that there was indeed hope for something a lot better than what she had.

Jesus is all about helping us clean up after the storms of life overwhelm us. I don’t know where you are, but He does. Not only that, He can and He will pour His grace over the muddy residue of your personal storm if you let Him. Just turn the faucet.