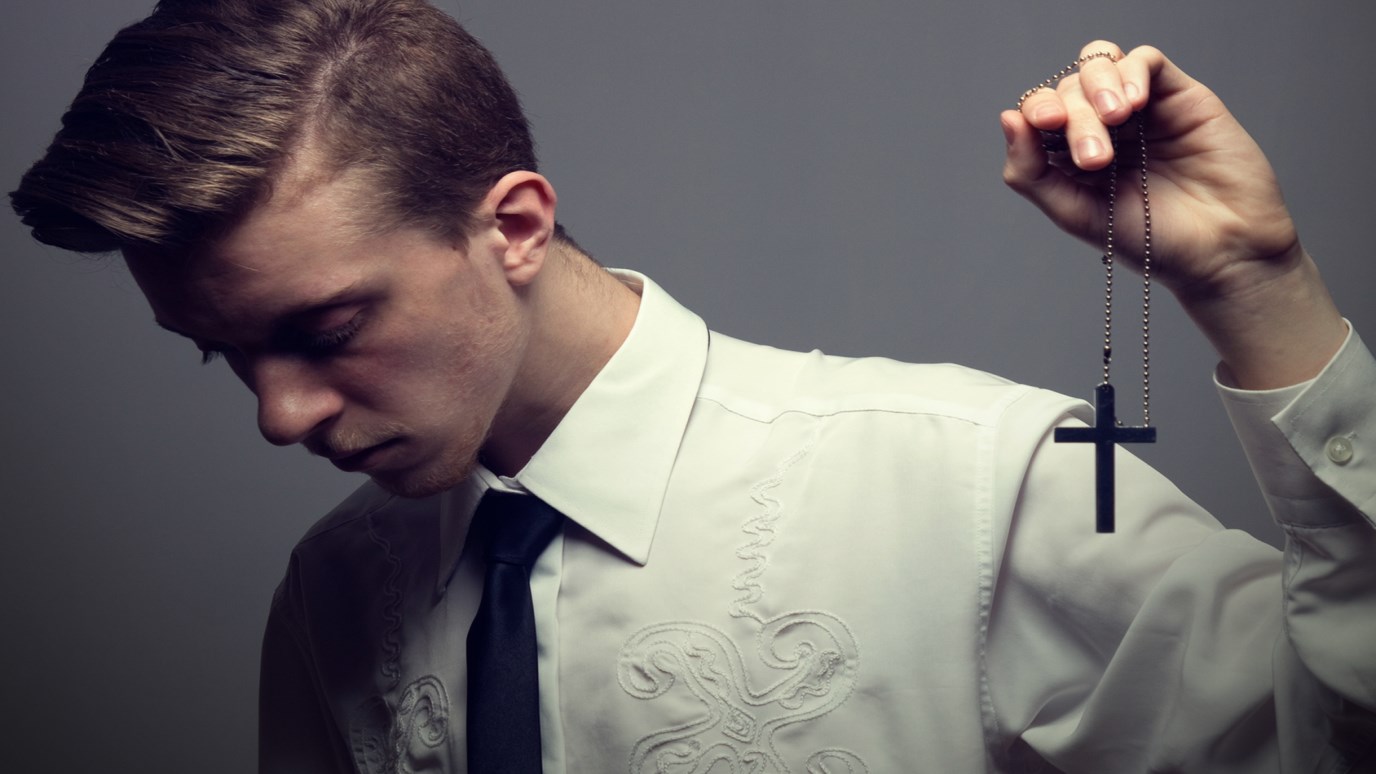 In spite of our audacious determination to craft a custom-made god out of the story of Jesus, the Jesus of the Bible remains in complete command of Himself and us.

The sharp distinction between the historical Jesus and the Christ of faith common in New Testament studies has proven to be an inexhaustible mine for those searching for melodramatic ideas to bounce around during important Christian holidays. The historical Jesus is taken to be the merely human person who was born and raised in Palestine and was crucified during the days of Pontius Pilate. The Christ of faith is assumed to be a mythical, supernatural figure invented by the early admirers of the earthly Jesus. Such thinking flourished in eighteenth century German biblical scholarship, particularly after the posthumous publication of the private notes of Herman Samuel Reimarus between 1774 and 1778.

Inspired by Reimarus’s doubts concerning the historicity of the biblical record, many other scholars published monographs in which they cast Jesus in various religious and cultural roles unhinged from the supernatural. The whole movement, which became known as “the old quest of the historical Jesus,” was brought to a near screeching halt by the 1906 publication of Albert Schweitzer’s book,The Quest of the Historical Jesus, whose title also branded the movement. Schweitzer demonstrated that the scholars of the old quest shared something in common—they relied heavily on their presuppositions about who they believed Jesus was and so “each individual created him in accordance with his own character.”(1) In other words, each one of them ended up producing the Jesus they went out looking for in the first place.

Unfortunately, the tendency to recast Jesus in our own image continues even in our day. In scholarly circles, it is represented by the Jesus Seminar which refuses to allow the possibility of the supernatural for those who have “seen the heavens through Galileo’s telescope.”(2) Even among believers, it rears its ugly head whenever we prefix the name of Jesus with the possessive pronoun “my” in order to secure our turf from unwelcome scrutiny. A few years ago, a friend and I attended a church in which several people broke out in convulsive laughter in the middle of the worship service. My friend later informed me that they were laughing in Jesus. I knew something about the historical Jesus, but this was my first encounter with the hysterical Jesus and further evidence of his protean flexibility in human hands.

The allure of the personality of Jesus is impossible to shake off, whether in profane expressions of provocation or in moments of fervent praise. Enthusiastic children sing about him in Sunday school, while seasoned, scrupulous, dyed-in-the-wool ivory tower scholars make flourishing careers out of studying or even quibbling with his words. The New Ager wants him for an ascended master. The Hindu wants him for a guru. The Muslim will accept him as a prophet of Allah. The secular humanist admires him as a great moral teacher, and the oppressed of the world identify with his suffering. Like an immensely gifted athlete with some eccentric personality quirkiness, it seems Jesus will be welcomed into almost any team, provided the coaches retain a measure of confidence that they can tame him. We insist on meeting Jesus on our own terms, and our ideas of who he is invariably take the form of our most cherished images. Like the proverbial queen in Snow White, our questions about Jesus are sometimes motivated by predetermined answers. We ask, “Mirror, mirror on the wall, which Jesus is the fairest of them all?” and the only answer we will accept is the one that best suits our fancies.

But in spite of our audacious determination to craft a custom-made god out of the story of Jesus, the Jesus of the Bible remains in complete command of himself and us. When the dust settles, it is the eternally imposing figure of the one claiming to be the Incarnate Son of God that lies behind the hauntingly inescapable question, “Who do you say that I am?” (Matthew 16:15). Any honest search for an answer to this question must take our presuppositions to account in light of the available evidence. The main question we all have to contend with is our attitude towards a world in which there exists a Being totally outside our control and to whom we must subject our autonomy. In his book, The Last Word, philosopher Thomas Nagel may have spoken for many when he attributed his own preference for the non-existence of God to a “cosmic authority problem.”(3)

We are easily broken over the pain and suffering we see around us, and well we should. But what a day of rejoicing it is when our hearts are broken by the sweet bitterness of seeing that suffering and our own sinfulness against the blinding purity of the Son of God; when our fists begin to loosen our grip on the stones we would self-righteously cast at others, and when we finally approach God, not as his advisors, but as sinners in need of mercy and forgiveness! When the intent is right and the mirror is the word of God in its historical context, the revelation that true beauty lies in Christ alone will only drive us ever closer to the restoration of our own beauty in God. Such an encounter with our Creator is not to be found amidst the cacophony of noises within the factory of dedicated god-crafters; it is best seen when nothing obscures our view of the cross.

Why Does Christianity Hang its Hat on Jesus' Resurrection?
Sean McDowell

Why Should I Believe in God?
GotQuestions.org

How Is Christianity Different From Other Religions?
Andrew Farley
Follow Us
Grow Daily with Unlimited Content
Uninterrupted Ad-Free Experience
Watch a Christian or Family Movie Every Month for Free
Early and Exclusive Access to Christian Resources
Feel the Heart of Worship with Weekly Worship Radio
Become a Member
No Thanks