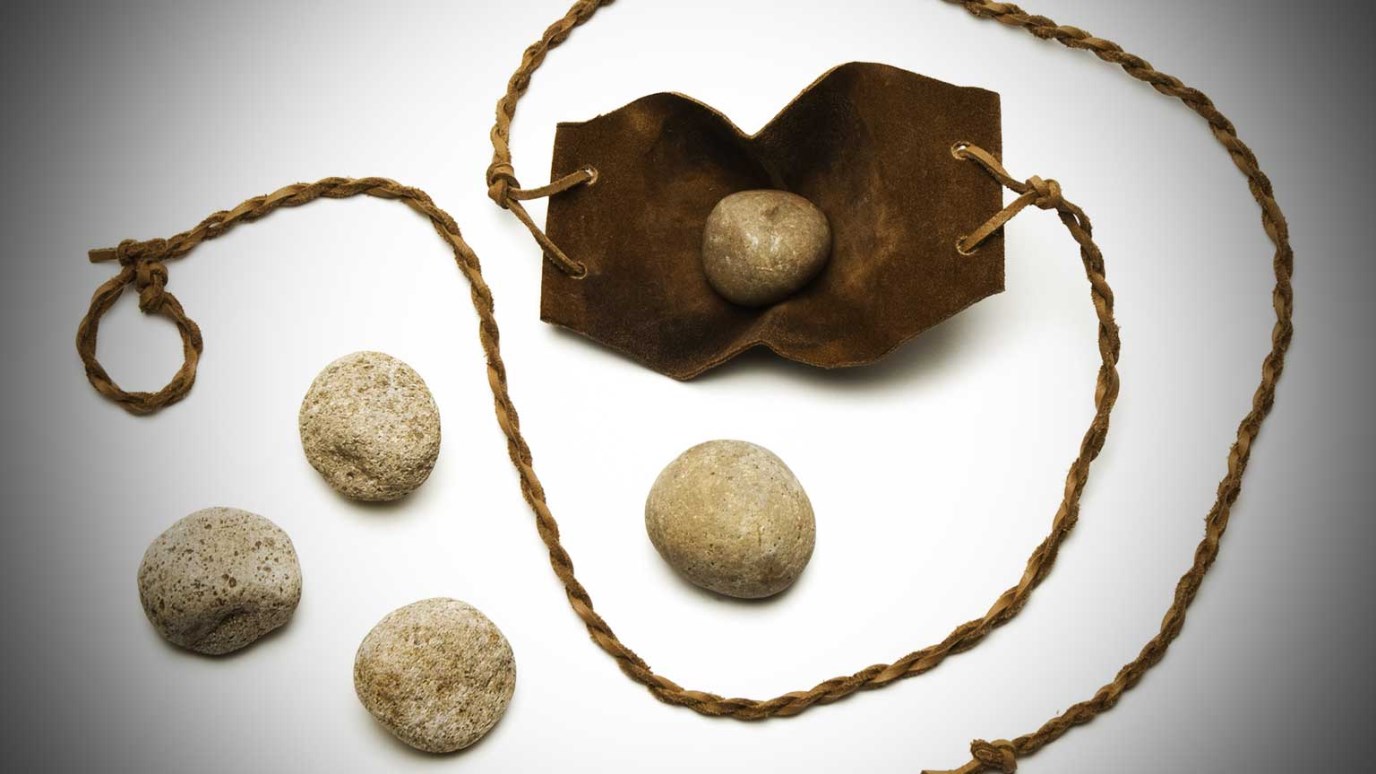 David fought a 9-foot-tall giant in a battle. He was the smallest guy there, but He had the biggest God on his side. Whatever challenges you face, God faces them with you.

David was just anointed king, but that didn’t mean he was the king yet. He was still out tending sheep while his brothers were fighting a war against the Philistines.

He was running an errand for his dad—taking food to his brothers—when he heard Goliath, a 9-foot-tall giant, shouting for someone to fight him. The losers would be slaves for the winners.

All the Israelites were terrified, except David. He was the smallest guy there, but he knew he had the biggest God on his side. David said to King Saul, “No one should be discouraged because of this; I will go and fight this Philistine.”

With a stick, five small stones, and his sling, David walked toward Goliath. Goliath called for his fake, nonexistent gods to curse David. Instead, David said, “You come to me with sword and spear and javelin, but I come to you in the name of the Lord of Armies, the God of the army of Israel, whom you have insulted. Today the Lord will hand you over to me. . . . Then everyone gathered here will know that the Lord can save without sword or spear, because the Lord determines every battle’s outcome. He will hand all of you over to us.”

David was right; the Lord didn’t need a sword or spear. David killed Goliath and gave all the credit to God. Whatever challenges you face, God faces them with you.

1 Corinthians 13: Sibling Challenge
The Whatever Girls

God Loves It When You're Loud
Linda Buxa