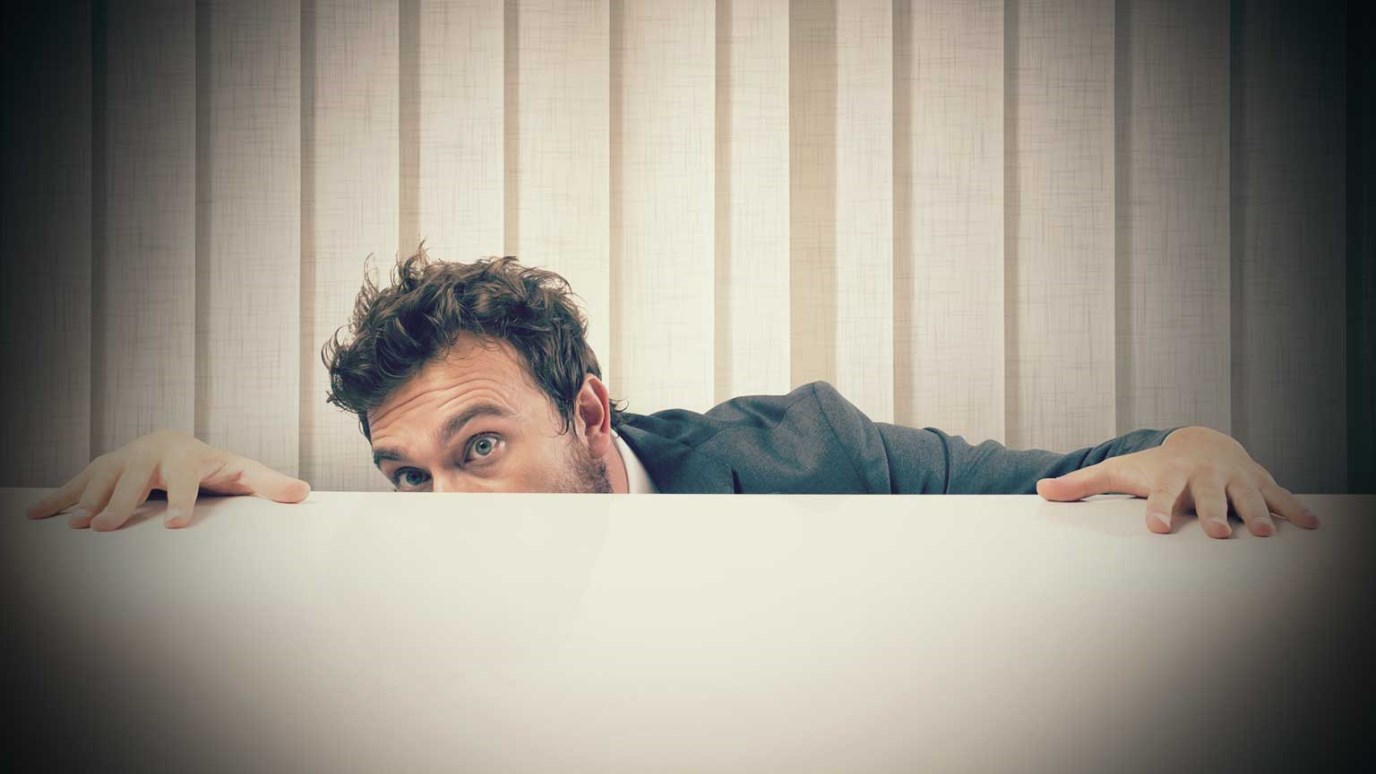 We need not search far to see fear’s destructive grip. But there is a better way—one that provides peace and happiness, joy, and contentment.

Fear is everywhere. Turn on the television; pick up a newspaper; listen to the radio. It has a hold on us—one that won’t let go and that we cannot shake on our own. In a world full of uncertainty, it’s accessible and easy grab hold of. And fear, whether we realize it or not, directly affects our leadership. It urges us to trust its uncertainty rather than trusting in the assurance found in Christ.

We need not search far to see fear’s destructive grip. But there is a better way—one that provides peace and happiness, joy and contentment.

Since the beginning of time, fear has thrived…

Adam and Eve’s sin and disobedience incited fear in their hearts—so much so that they hid from the God Who had lovingly created them and walked with them in the garden (Gen. 3:9-10).

Jonah ran from God’s calling, fearing the path down which it might lead him, and fleeing “from the presence of the LORD.” (Jonah 1:3, NASB)

Joseph, afraid of the consequences and embarrassment of his betrothed’s pregnancy, planned to divorce Mary secretly—that is, until God intervened (Matt. 1:19-20).

Fear is deeply real, and though we may know the truth, it causes us to act out of our weaknesses rather than in the strength of our Creator. As a leader, you have others watching your every move. So let them see you walk confidently in Him, facing your fears by allowing Christ to fight them for you.

As finite beings, we’re often faced with our humanness. That is, more often than not, we have no control over the twists and turns of life. And when life takes a turn we aren’t expecting, our emotions go in to a freefall. It scares us that we might not be able to fix the problem, or that—worse yet—we have no comprehension or control over what the future holds. Panic, worry, and anxiety consume us, reminding us of our inabilities. We quickly forget that, “. . . He is not far from each one of us; for in Him we live and move and exist . . .” (Acts 17:27-28, NASB).

But what if we were to take a different approach? To view life’s struggles and difficulties through the lens of our sovereign God, utilizing the strength He gives us. What would it look like if we gave Him our fears, worries, and burdens? This not only grows us in our relationship with Him, but it demonstrates to those under our leadership that Christ alone is worthy of our trust. And though He won’t always reveal everything to us, He promises that His ways, thoughts, and plans are always better (Isaiah 55:9).

Franklin Delano Roosevelt, the 32nd president of the United States, famously touted that, “The only thing we have to fear is fear itself.” Beautiful though it may be, there are times when fear grips and controls us, and we are afraid of much more than merely “fear itself.” We’re reminded how small we are and how much is out of our control.

In those moments, talk yourself through what you know to be true—that God is constant, sovereign, and has good things in mind for His children (Jer. 29:11). Let His peace wash over you and cling to the truth of 2 Timothy 1:7. “For God has not given us a spirit of timidity, but of power and love and discipline.” (NASB)

God placed you in your given position of leadership. Fear is merely a stumbling block. When we are afraid, it is never our job to resolve the situation or worry ourselves into a stupor. He only asks that we place it in His capable hands entrust Him to do the rest.

Maturity Is the Result of Learning to Feed the Right Emotions
John C. Maxwell

Cheryl Scanlan: The Refiner's Fire
The Halftime Institute
Follow Us
Grow Daily with Unlimited Content
Uninterrupted Ad-Free Experience
Watch a Christian or Family Movie Every Month for Free
Early and Exclusive Access to Christian Resources
Feel the Heart of Worship with Weekly Worship Radio
Become a Member
No Thanks