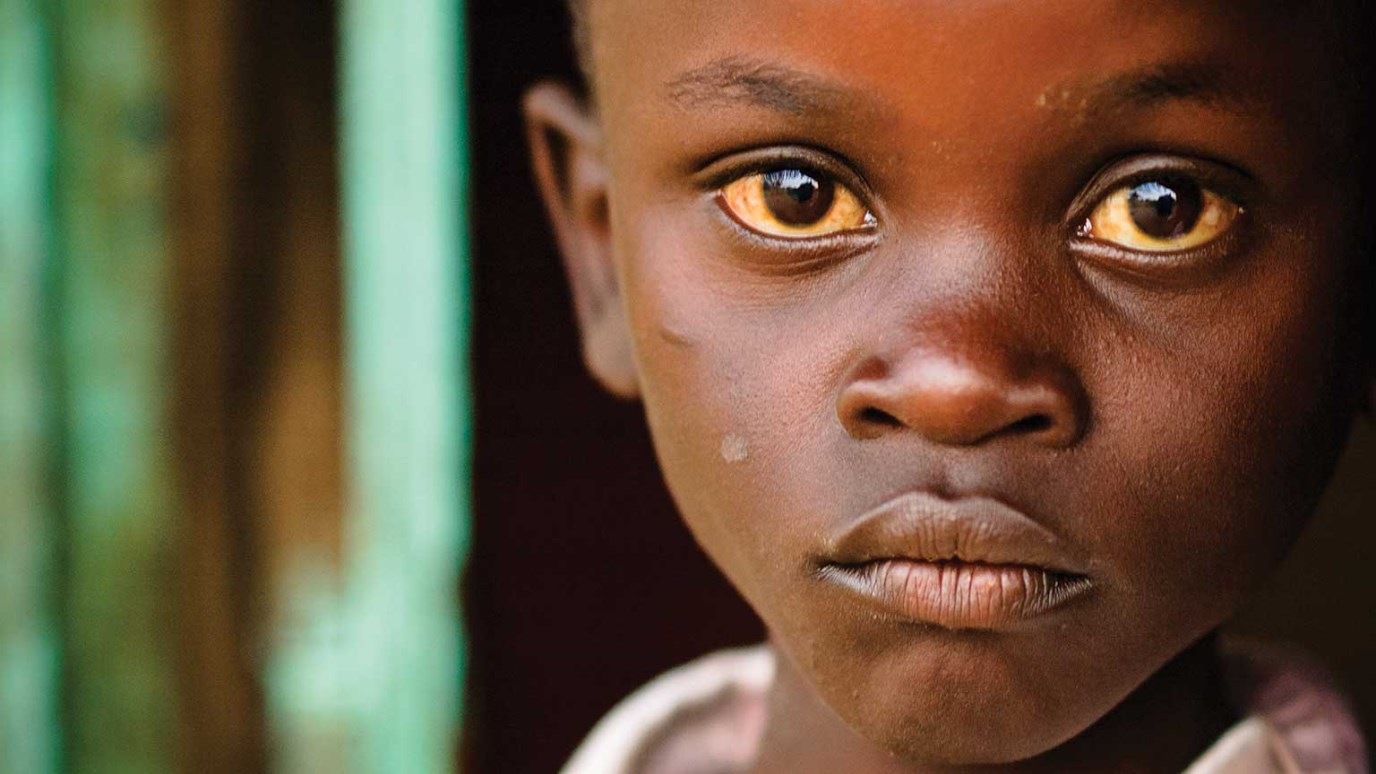 Whatever we are facing, we can rest in the assurance that the outcome does not depend on our strength but on God’s.

Image: With more than twenty-three million people living with HIV in sub-Saharan Africa, numerous families—like that of this boy in Kenya—are directly impacted as they face the dual Goliaths of poverty and disease.

Richard was the first. He was the first child I met on my first trip as World Vision’s new president. And it was the first time I had ever seen a child who was facing the Goliath we call poverty.

I met Richard in the Rakai district of Uganda, where the AIDS crisis was taking away mothers and fathers, leaving children orphaned, and forcing young boys and girls to become heads of households. Richard was thirteen years old and taking care of his two younger brothers. Two crude piles of stones just outside the door of his hut marked the graves of Richard’s parents, and he walked past those graves every day. He had buried his mother and father after spending months, maybe years, caring for them as their health declined. He had watched over them as their coughs filled the house, as they became too frail to leave their beds. Richard did his best.

Meeting this young boy, my namesake, was a punch in the stomach, as I had never before seen what poverty does to children. And it was when I first began to understand how much the very poor would teach me about life and faith. I asked Richard an awkward question, one that is normally asked of boys and girls who are free to go to school and to dream: “What do you want to be when you grow up?” “A doctor,” Richard told me, “so I can help people who have this disease.” When I asked about his faith, he ran to get his Bible telling me that he loved to read the book of John, because it speaks of Jesus’ love for children. Tears ran down my cheeks as I considered the insurmountable odds this little boy was facing. But Richard was facing his Goliath with both grace and courage.

Another young boy, this one named David, also faced his Goliath with grace and courage: “You come against me with sword and spear and javelin,” he said, “but I come against you in the name of the Lord Almighty, the God of the armies of Israel, whom you have defied. This day the Lord will hand you over to me, and I’ll strike you down and cut off your head” (1 Samuel 17:45–46). With nothing but a sling, a smooth stone, and faith in the God he served, David slew his Goliath. So, too, Moses challenged a pharaoh and parted the Red Sea with a shepherd’s staff. Peter, a simple fisherman, stepped up to lead the early church, and Paul challenged the Roman Empire from his prison cell with nothing but a pen. When people act in God’s power, Goliaths fall.

I find great comfort in knowing that God’s plan for us does not rely on our greatness, but rather on His. I don’t know what Goliath you may be facing, but when your time of testing comes, you can be confident that God will not abandon you. No Goliath you face is mightier than the God you serve. Richard knew that Jesus loved the little children, and that love helped Richard stand strong. You can do the same as you face your Goliaths.

Excerpted from He Walks Among Us, a devotional book by Rich and Reneé Stearns, with photos by Jon Warren.