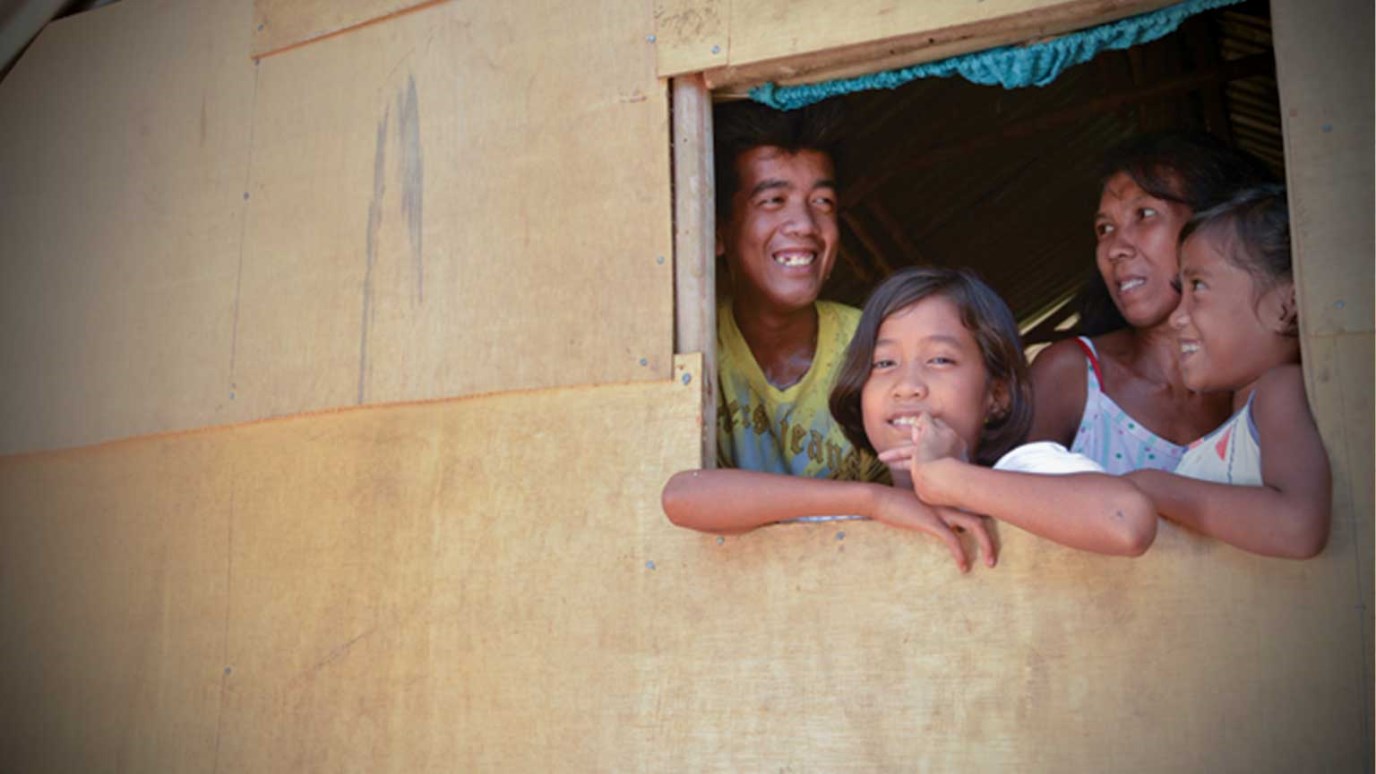 For Jonalyn and her family, the dangers of local Filipino mythology -- which tells of monsters that steal children away during the night -- are real. Now, through World Vision, they are able to sleep in a safe house.

For Jonalyn and her family, the dangers of local Filipino mythology -- which tells of monsters that steal children away during the night -- are real. Now, through World Vision, they are able to sleep soundly at night, knowing their house is safe.

Jonalyn’s family lives in a remote village in the Philippines. The house used to be made of a tarpaulin, sacks, and salvaged wood from the forest. The family’s living room was also their kitchen, dining area, and at the same time, their bedroom. They didn’t have doors or windows since most of the sides of the house didn’t have walls, where at any time, someone could walk inside and grab them while they slept.

“I am afraid that ‘kapre’ and ‘wakwak' will get us,” says 9-year-old Jonalyn innocently. Jonalyn is a first-grade student who has hearing difficulties and delayed mental development.

The kapre and wakwak are just two of the mythical creatures that most Filipinos believe in. The myths are circulated in the countryside and especially in rural areas, just like in Jonalyn’s village.

Kapre is a giant who always brings huge cigars. They live in big trees like the acacia and mango tree. The kapre scares little children, especially when they play at night. It is believed that these filthy giants hide the children and then take them back to their lair.

“We are afraid because they might bring us to their house while we are sleeping and will not return us back home,” 12-year-old Genalyn, Jonalyn’s sister, adds while the two are playing with the flowers inside the balay-balay, a small house where little girls love to play.

“Wakwak is a big bird that eats people,” Genalyn adds.

In the Filipino tale, ‘wakwak’ is a witch that turns into a big bird at night. It is believed that wakwaks snatch humans during the night, especially little babies, which they find delicious.

While Jonalyn and Genalyn are afraid of local myths, their mother, Agustina, 39, is afraid of real people. Rumors have been circulating in remote villages in the Philippines that there are people who sell internal organs like kidneys and hearts from children in return for money.

“We have been hearing from our neighbors and on the radio that there are people who roam around to steal children and sell the children’s kidneys and heart,” Agustina says.

“Every time I hear a noise of the dogs in the middle of the night, I become so worried. Someone might immediately get inside our house and take my children from me. And if I hear those noises, I have a hard time going back to sleep,” Agustina adds.

The sisters and mother are always worried, especially when darkness falls, since the family doesn’t have electricity.

For the family to experience a good night’s sleep, especially for Jonalyn and Genalyn, World Vision assisted with repairing the family’s house.

“I am grateful to World Vision for helping us with our house. Me and my husband can’t really afford to provide a good house for our children since we are just seasonal laborers,” Agustina says.

Short with words, Jonalyn says “Salamat,” or “thank you.”

"We don't have to worry about ghosts anymore while we are sleeping, because we now have a beautiful house. Thank you, Papa Jesus and World Vision," 12-year-old Genalyn adds, speaking in her own dialect.