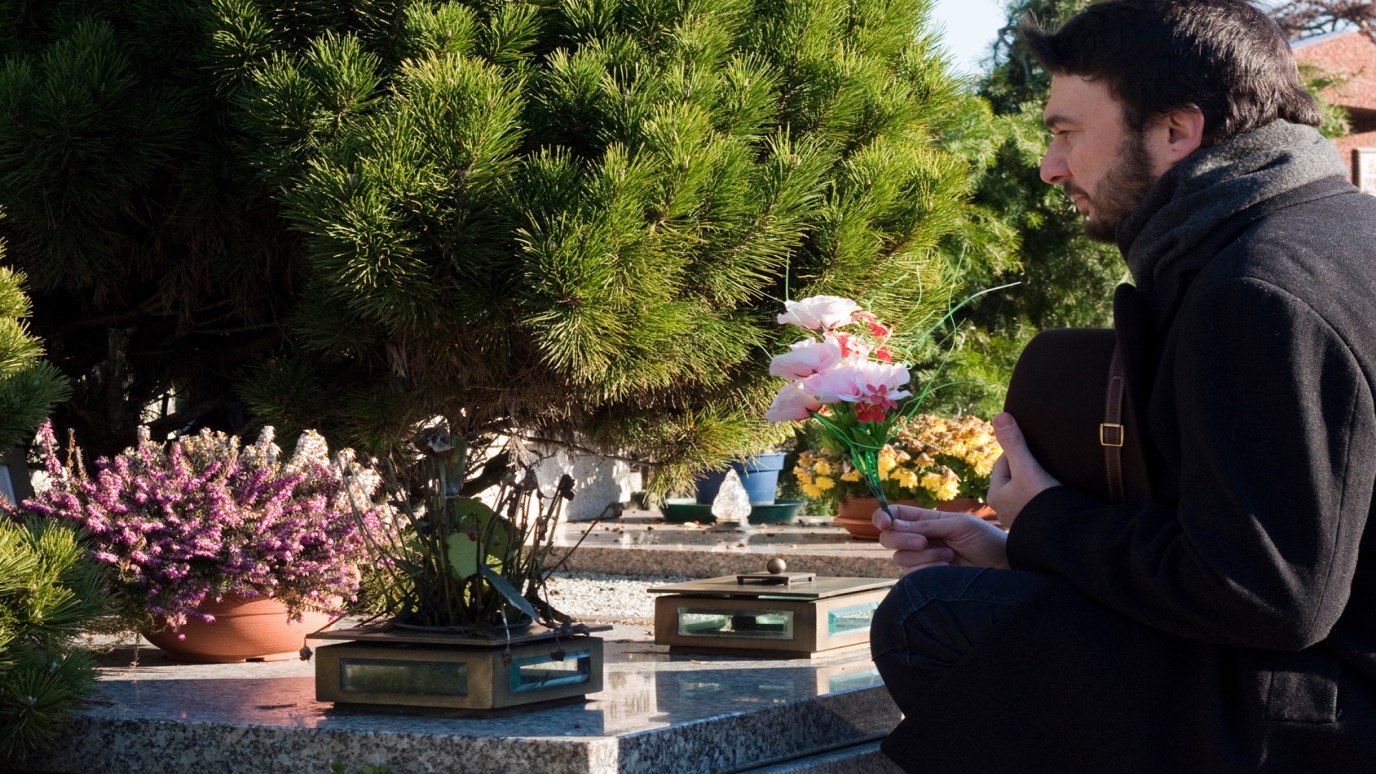 One of the biggest, in-your-face realizations of a cemetery walk is that we get just one life here. Don’t be afraid of death. Be afraid of the unlived life.

This week I had to drive back to my hometown to take care of some family business, requiring me to spend a few hours in the small town I grew up in. I realized I was going to be driving by the city cemetery where my dad and all his relatives are buried. I hadn’t been there in at least ten years. I had some time, was on no schedule, so I pulled in. I began to walk around the rows, upon rows of graves and gravestones there. I saw the graves of people I knew growing up, people I had worked with at my jobs in high school, people I had gone to church with, parents of my high school friends, and then my own family—four graves right in a row. It was fascinating reading the titles such as “Beloved wife and mother,” or “Sergeant in WWII.” One couple, buried side by side, parents of one of my friends, had the sayings that they were both known for etched on their gravestones. It made me smile.

Here’s what I learned in that half hour stroll through the memory lane of that cemetery and what I want to share with you today.

One of the biggest, in-your-face realizations of a cemetery walk is that we get just one life here. I certainly understand why sinful humans would invent the concept of reincarnation. “Hey, if I screw this one up, all good, because I get a bunch more to try and get right.” But it’s also easy to see why the enemy of God would want us to believe that lie. The reality is we get just one shot at this and we have no idea how many years we have. God knew an end would make the journey count.

In the Disney movie, Tuck Everlasting, a family discovers the fountain of youth. They have become eternal beings at the age that they drank the water. A young lady named Winnie, who has befriended the family, discovers their secret and wants to drink the water. The Tuck father tells her, “If there’s one thing I’ve learned about people, it’s that they will do anything, anything, not to die. And they’ll do anything to keep from living their life. What we Tucks have, you can’t call it living. We just are. We’re like rocks, stuck at the side of a stream. Don’t be afraid of death, Winnie. Be afraid of the unlived life.”

Another follower said, “Master, excuse me for a couple of days, please. I have my father’s funeral to take care of.” Jesus refused. “First things first. Your business is life, not death. Follow me. Pursue life.” —Matthew 8:21-22 MSG

Perfection At Its Finest
Bryant Wright