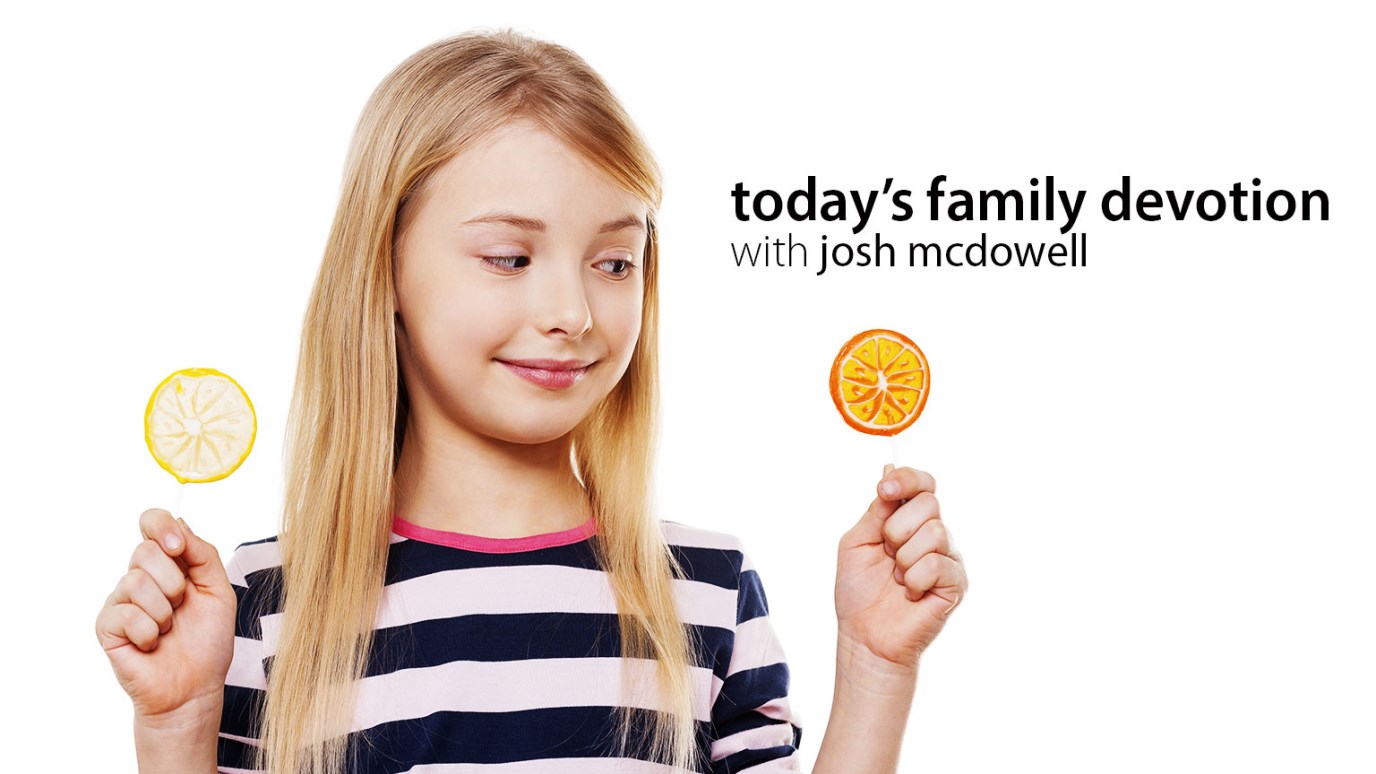 Greed or stinginess is not just unattractive, it's wrong.

Andrew excitedly watched his grandparents’ car roll up the driveway. Grandma and Grandpa’s visits were always fun. As soon as the car came to a stop, he ran to the driveway, opened Grandma’s car door, and crawled onto her lap to give her a big hug.

When they were all inside the house, Grandma pulled two candy bars out of her purse. She gave one to Andrew and the other to his sister, Erin. “You can eat the candy now if you want,” she said.

Andrew shook his head. “I’m gonna save mine for later,” he announced. Erin nodded her agreement.

Later that night, the family sat around the kitchen table talking. Erin disappeared for a moment, then appeared with her candy bar. She carefully broke the candy into six equal parts. Then she placed a piece of candy beside each person at the table.

“That’s so nice of you to share your candy with us,” Grandma said. She picked up the piece Erin had set beside her and handed it back to Erin. “But I’m a diabetic, sweetheart, so I can’t have any candy.”

“I’ll take it!” Andrew said, and, in an instant, he took the candy from his grandma’s hand and popped it into his mouth. His parents’ looks of disapproval didn't seem to bother him as he chewed a mouthful of candy.

Later that evening, Andrew went to his room, where he had stashed his candy bar under his pillow. He reached under the pillow, but the candy bar was gone! He searched around the bed, and then all around the room but couldn't find his precious candy. Finally, he ran out of the room and was just about to call for his mother when he saw Ashes, the family dog. Tiny scraps of candy wrapper lay all around the satisfied dog, who was licking her mouth. She had just eaten Andrew’s candy bar, which he had been saving to eat all by himself!

Andrew reported the dog’s misbehavior to his parents, but they simply shook their heads and instructed him to clean up the mess Ashes had made.

The next day, Mom and Grandma came home from shopping with a small brown bag, which Grandma handed to Erin. Erin looked in the bag, and her eyes opened wide in amazement.

Grandma nodded. “You may do anything you want with it.”

Erin hugged her grandmother and ran off to share the bag with her brother.

TO PRAY: “Lord, help us to be generous. Show us ways to share what we have with others.”

Thankfulness
Dr. James Merritt
Follow Us
Grow Daily with Unlimited Content
Uninterrupted Ad-Free Experience
Watch a Christian or Family Movie Every Month for Free
Early and Exclusive Access to Christian Resources
Feel the Heart of Worship with Weekly Worship Radio
Become a Member
No Thanks